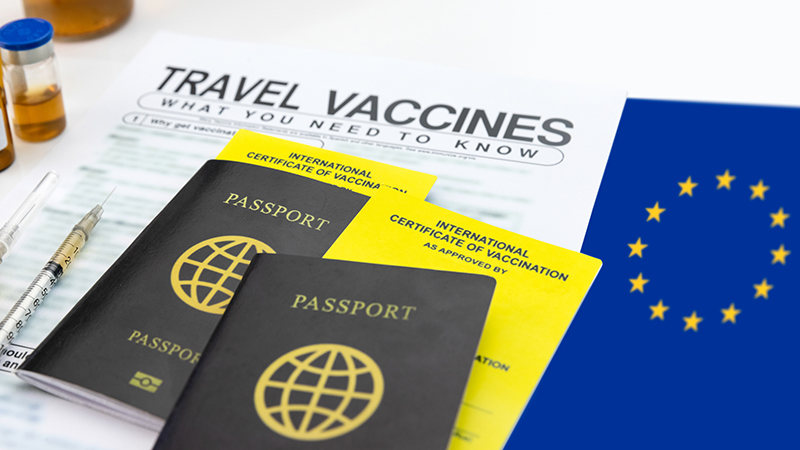 EU leaders are demanding that the Commission should ‘standardise’ a vaccine passport across all member countries, and that it should be required for people to travel throughout the area.

Greek Prime Minister Kyriakos Mitsotakis has penned a letter to EU Commission chief Ursula von der Leyen, outlining that “Persons who have been vaccinated should be free to travel.”

The letter calls for a “standardised certificate, which will prove that a person has been successfully vaccinated.”

While it stops short at advocating mandatory vaccination, the letter further urges that “It is urgent to adopt a common understanding on how a vaccination certificate should be structured so as to be accepted in all member states.”

Mitsotakis has pledged to raise the issue during an upcoming EU summit on January 21, declaring that “there is an urgent need for a high-level EU-wide mobilization to move things forward.”

This week, it was also revealed that Denmark is the latest country to announce that it is rolling out a ‘Covid passport’, to allow those who have taken the vaccine to engage in society without any restrictions.

Anna Beduschi, an academic from Exeter University, commented on the potential move toward vaccine passports by EU, noting that it “poses essential questions for the protection of data privacy and human rights.”

Beduschi added that the vaccine passports may “create a new distinction between individuals based on their health status, which can then be used to determine the degree of freedoms and rights they may enjoy.”