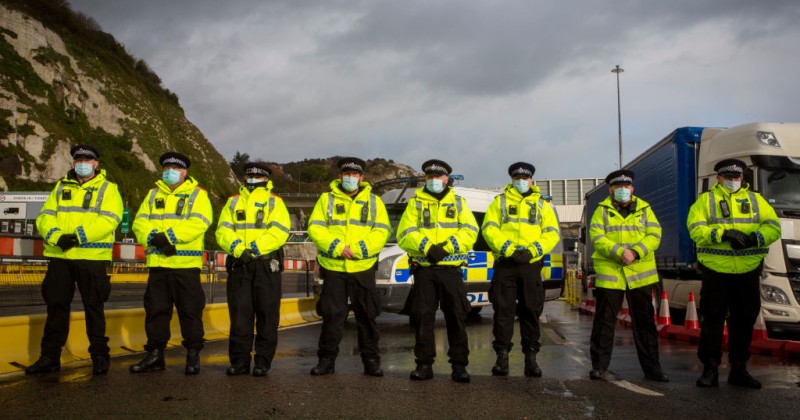 Two women were interrogated and fined by police for going on a walk in a remote area 5 miles from where they lived despite this not being illegal under coronavirus laws.

The pair were intercepted by officers after driving to Foremark Reservoir in Derbyshire.

After being told that the hot drinks they were carrying constituted a “picnic,” officers then told the women, Jessica Allen and Eliza Moore, that driving for exercise was “not in the spirit” of lockdown.

Allen said she assumed “someone had been murdered” when she arrived on the scene given the number of police at the location and was “stunned” when they immediately began questioning her and her friend.

“I said we had come in separate cars, even parked two spaces away and even brought our own drinks with us. He said ‘You can’t do that as it’s classed as a picnic’,” said Allen.

The pair had driven to the beauty spot because it was less crowded than other areas near where they live.

📰Women on exercise trip surrounded by police — one says ‘I thought there had been a murder’https://t.co/hsnBR6PaHY

“I was so shook up afterwards,” she said. “The fact they read my rights. I thought ‘Am I going to prison for going on a walk?'”

“I’m not a criminal but we were treated as if we were criminals and it really made me feel for those people who are wrongly arrested and questioned by police, because it wasn’t a nice situation to be in.”

Ms Allen said she took the pandemic “very seriously” as her brother is a doctor on a COVID ward in London, but that she has been forced to close her business and suffers from anxiety.

The women were fined £200 each, despite the fact that traveling for exercise is not illegal under COVID restrictions.

“There is no law against travelling to exercise. The guidance is not legally binding and the police have no power to enforce it unless it is reflected in the lockdown regulations which in this case it is not,” barrister Adam Wagner told BBC News.

Authorities claimed it was up to the discretion of individual police officers to decide on whether an offense has been committed, but failed to clarify what is meant by “local area.”

Derbyshire Police is the same force that previously received criticism for using a surveillance drone to spy on dog walkers in remote areas of the Peak District during the first lockdown.