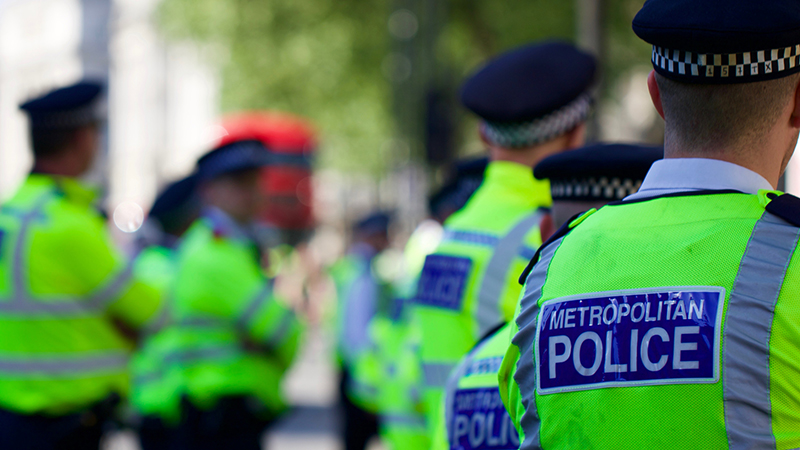 Senior Scotland Yard officials have announced the adoption of a new ‘hardline’ lockdown policy to stop and question people if they are out in the street, and to issue on the spot fines if they cannot provide a reasonable excuse for being out of their houses.

The London Telegraph reports that London’s MET police issued a statement noting that “With fewer ‘reasonable excuses’ for people to be away from their home in the regulations, Londoners can expect officers to be more inquisitive as to why they see them out and about.”

“Where officers identify people without a lawful reason to be away from home they can expect officers to move more quickly to enforcement,” the statement further noted.

New lockdown laws, announced Monday by Prime Minister Boris Johnson by way of a TV briefing, are yet to be debated or voted on by parliament.

Police have the power now to issue on the spot fines of £200, which can be doubled every time a lockdown ‘breach’ is committed.

Fines of up to £10,000 can also be handed out to anyone holding gatherings or house parties.

Scotland Yard says that the fines will be more readily handed out, even to those who are simply not wearing a mask.

“After ten months of this pandemic, the number of people who are genuinely not aware of the restrictions and the reasons they are in place is vanishingly small,” commented MET Police Deputy Assistant Commissioner Matt Twist, adding that the responsibility of police is to “preserve life”.

“We know the overwhelming majority of Londoners will do the right thing by staying at home, wearing masks and not gathering, but a small minority continue to ignore rules put in place to protect the NHS and save lives,” Twist added.

“We can no longer spend our time explaining or encouraging people to follow rules they are wilfully and dangerously breaching,” he continued, emphasising that police will no longer be lenient with those daring to leave their houses.

“Less than a month ago we launched a new digital fines system, which makes it quicker and easier for officers to issue fines on the spot,” Twist warned, adding “if people continue to break the rules, putting themselves, their families and their communities at greater risk, our officers are ready to act robustly.”

John Apter, the chairman of the Police Federation stated that policing of the third lockdown will be amped up, noting “It will be easier for police to have one consistent rule for people to follow across the whole country, which means it is easier for people to understand and comply with what is expected of them.”

Apter specifically singled out ‘anti-lockdown, anti-vaccine protesters’, saying that “we now have a hardcore element who are against the rules.”

“The majority of the public will do what is expected of them, but I think there is a real issue over the virus and lockdown fatigue. There is a real frustration and the police often deal with the sharp end of that as people are angry when challenged,” Apter added.

Evidence of the ramped up lockdown policing has already been witnessed with dozens police officers marching through Hyde Park in military fashion before stopping to demand IDs from people:

In an incident at Marble Arch, cops questioned an old woman for feeding pigeons:

‘Clap For NHS’ Virtue Signal to Return to UK