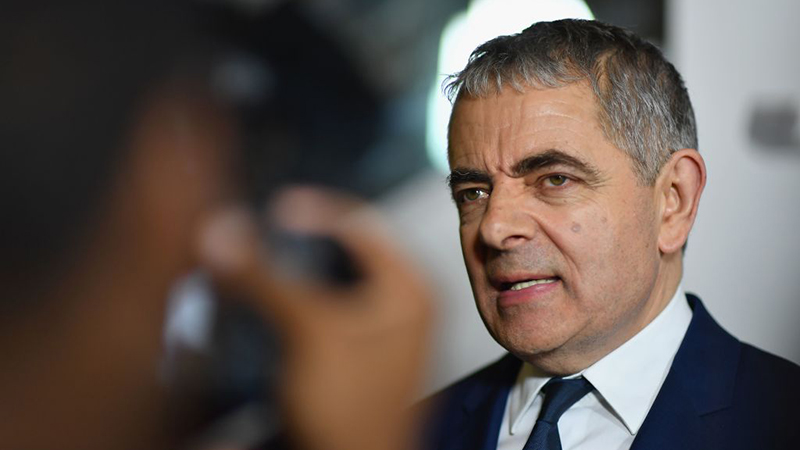 Rowan Atkinson, famous for portraying the characters Mr Bean and Blackadder, has once again hit headlines for slamming the rise of a destructive cancel culture.

In an interview with the UK’s Radio Times, Atkinson described online trolls trying to ban everything as “the digital equivalent of the medieval mob.”

“The problem we have online is that an algorithm decides what we want to see, which ends up creating a simplistic, binary view of society,” he said.

“It becomes a case of either you’re with us or against us. And if you’re against us, you deserve to be ‘cancelled’,” the British comedian emphasised.

The Mr Bean creator fears for the long-term future of free expression https://t.co/PlJV5tr9dY

Atkinson also blasted social media, saying that it fills him with “fear about the future,” because it continues to lower tolerance for differing opinions, which widens divisions in society.

“What we have now is the digital equivalent of the medieval mob roaming the streets looking for someone to burn,” Atkinson urged.

He noted that he has been on the end of the hate mob, not only owing to some of the skits in Mr Bean, many of which were written 30 years ago, but also because of his long history of standing up for free speech.

“It is scary for anyone who’s a victim of that mob and it fills me with fear about the future,” Atkinson declared.

Atkinson opposed the introduction of so called ‘hate speech’ laws in 2005, describing the legislation as like taking “sledgehammer to crack a nut”.

At the time in 2009, Atkinson outlined where such moves to quell speech were heading, prophesising “a culture of censoriousness, a questioning, negative and leaden attitude that is encouraged by legislation of this nature.”

The comedian warned that it would only be “considerably and meaningfully alleviated by [a] free speech clause.”

In 2012, Atkinson further railed against “insulting” behaviour being classed as a criminal offence.

“The clear problem of the outlawing of insult is that too many things can be interpreted as such. Criticism, ridicule, sarcasm, merely stating an alternative point of view to the orthodoxy, can be interpreted as insult,” Atkinson stated at the time during an impassioned defence of free speech:

In 2020, Atkinson was again targeted by the mob he speaks about when he publicly opposed Scotland’s ‘hate crimes’ bill, saying that it “risked stifling freedom of expression, and the ability to articulate or criticise religious and other beliefs”.

Several other comedians have railed against the rise of cancel culture, including Monty Python star John Cleese, The Office creator Ricky Gervais, the ‘podfathers’ Joe Rogan and Adam Carolla, as well as Bill Burr and ‘politically incorrect’ star Dave Chapelle, to name just a few.

Comedy is the canary in the coal mine when it comes to cancel culture, however. There are signs that its tentacles are penetrating deeply into all aspects of society.

A recent study by leading education focused think tank Civitas revealed that free speech at the world’s leading universities is being eroded at an alarming rate.

The letter warned that cancel culture is creating a climate of risk aversion that is preventing anyone from dissenting from the monolithic consensus of social justice rhetoric, creating a “stifling atmosphere will ultimately harm the most vital causes of our time.”

In the US, the Deputy Secretary of The Department of Homeland Security also recently warned that the actions of tech companies in embracing cancel culture, and censoring opinions they do not agree with constitutes a “grave threat to national security.”