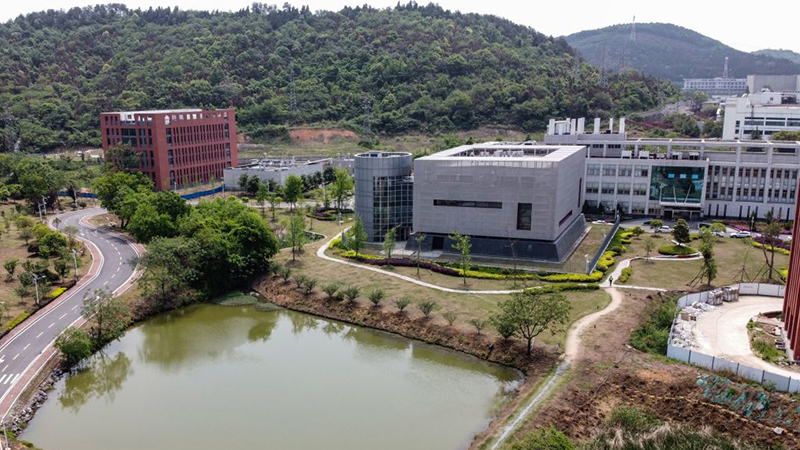 Top US National Security officials still believe that the most credible theory on the origin of COVID-19 is that it escaped from a Chinese laboratory.

The comments were made by National Security Adviser Matthew Pottinger, during a recent Zoom meeting with UK officials, according to reports.

Pottinger, a former China correspondent for Reuters and The Wall Street Journal, pointed to the Wuhan Institute of Virology, and said that “China’s leaders openly admit their previous claims that the virus originated in a Wuhan market are false.”

“Even establishment figures in Beijing have openly dismissed the wet market story,” Pottinger noted, as he also blasted the World Health Organization’s ongoing investigation into the origin of the outbreak as a distraction.

“MPs around the world have a moral role to play in exposing the WHO investigation as a Potemkin exercise,” Pottinger said.

The reference is to fake villages that were created in 18th Century Crimea to convince the visiting Russian Empress Catherine the Great that the region was prospering.

Pottinger worked in military intelligence for over a decade, before moving to the US National Security Council in 2017. He also has a brother who is a top virologist at the University of Washington.

The report notes that former Conservative party leader Iain Duncan-Smith, who was on the Zoom call, said the lab leak theory has been provided extra credibility by a whistleblower from the Wuhan institute providing information to the US team.

“I was told the US have an ex-scientist from the laboratory in America at the moment,” Duncan-Smith said, adding “I was led to believe this is how they have been able to stiffen up their position on how this outbreak originated.”

The MP noted that China’s refusal to cooperate with investigators and journalists has only served to strengthen the lab leak position.

“The truth is there are people who have been in those labs who maintain that this is the case,” he noted, adding “We don’t know what they have been doing in that laboratory. They may well have been fiddling with bat coronaviruses and looking at them and they made a mistake. I’ve spoken to various people who believe that to be the case.”

In August, the WHO announced that it would not be visiting the Wuhan Institute of Virology during its investigation into the origins of the coronavirus, despite the evidence outlined above.

The health body then did an about turn and said it would actually be visiting the lab after all, after a backlash ensued.

The investigation STILL has not gotten underway, close to a year after the outbreak began.

The Wuhan lab director has complained that scientists at the facility are being made scapegoats in the wake of the coronavirus pandemic, and that the lab has been unfairly made the centre of dangerous ‘conspiracy theories’, following US intelligence suggestions that it could have been the origin for the viral spread.