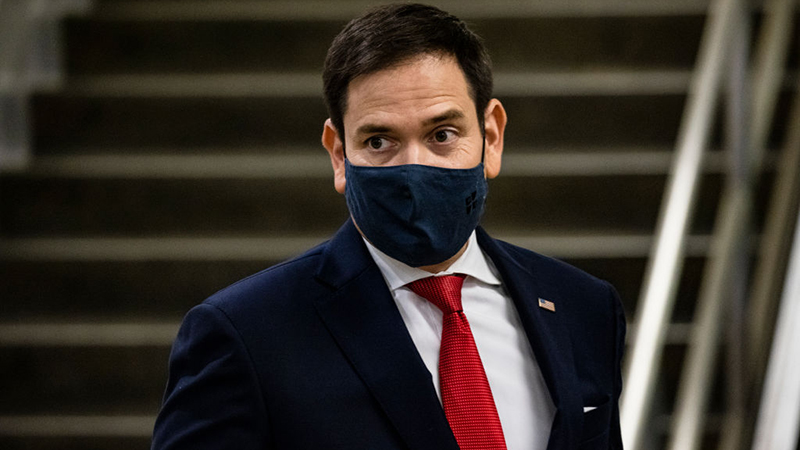 Senator Marco Rubio slammed US health officials Sunday for assuming that the majority of Americans “don’t know what’s good for them”, and ‘tricking’ people into doing what ‘elites’ want them to do when it comes to COVID.

Rubio singled out Dr Anthony Fauci, noting that the epidemiologist has consistently misled the public.

“Dr. Fauci lied about masks in March. Dr. Fauci has been distorting the level of vaccination needed for herd immunity,” Rubio tweeted.

The Senator added that “It isn’t just him. Many in elite bubbles believe the American public doesn’t know ‘what’s good for them’ so they need to be tricked into ‘doing the right thing.'”

Fauci, like many other government health officials, did a complete 180 flip on masks earlier in the year, after originally advising the public that the face coverings are not effective against the virus.

The evidence still has not emerged to support the notion that face coverings in any way mitigate the spread of the disease, yet Fauci and others have continuously urged the public to wear them, leading many countries to mandate the masks.

Senator Rubio’s remarks on Fauci misleading the public on vaccines came after the epidemiologist admitted to the New York Times that he and other public health officials engaged in “quietly shifting” the numbers of Americans they believe must take the shot in order to achieve “herd immunity.”

“When polls said only about half of all Americans would take a vaccine, I was saying herd immunity would take 70 to 75%,” Fauci said, adding “Then, when newer surveys said 60% or more would take it, I thought, ‘I can nudge this up a bit,’ so I went to 80, 85.”

“We have to have some humility here…We really don’t know what the real number is. I think the real range is somewhere between 70 to 90%. But, I’m not going to say 90%,” he added.

Appearing on CNN, Fauci explained away the remarks by saying “I want to encourage the people of the United States and globally to get vaccinated.”

Despite criticising Fauci on his vaccine comments, Senator Rubio himself took the vaccine last week:

Fauci declared last week that he believes holiday celebrations between family members should have been canceled, warning that it’s “just one of the things you’re going to have to accept”.

Fauci also complained that the “independent spirit in the United States of people not wanting to comply with public health measures has certainly hurt us a bit.”

“There are people in various parts of the country who still believe that [COVID-19] is a hoax, that it’s fake — even when in their own state the hospitals have been overrun with patients in the hospital beds and in the intensive care unit,” Fauci said, adding “That’s very unusual to see a situation like that, but that is what is going on in this country.”

WHO: Bigger Pandemic Than COVID Is Coming