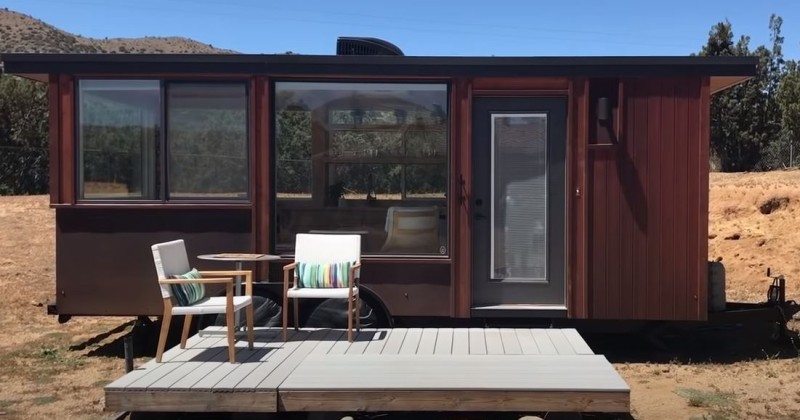 Social engineers are pushing tiny 200-sq-ft Ikea houses as the solution to climate change in another example of how our living standards are set to be lowered.

In an article entitled ‘Ikea tiny homes can help fight climate change by giving small footprints a big toehold’, Carl Pope, former head of the Sierra Club, gushes over the micro-homes (basically trailers) that sell for $47,550.

“Housing is an important source of climate pollution — directly responsible for about 5 percent of greenhouse gas emissions in the United States plus their electricity. Given Ikea’s emphasis on recycled and reusable materials, the company seems likely to accelerate some important shifts in the housing market. Ikea will also almost certainly take advantage of what it learns in the “tiny” segment of the building market to establish a foothold in the broader, potentially highly green, manufactured building space,” writes Pope.

While solar panels would struggle to heat larger homes, this isn’t an issue for the tiny homes, so long as you’re content living in a box.

“The use of rooftop solar panels to generate power and the replacement of propane heating with a heat pump run by those solar panels is likely to become the standard in many states for manufactured homes,” he adds. “They will gravitate toward all-electric mobile homes because propane is a significant factor in the threat of fires to mobile home parks.”

“When utopia is achieved, we will be forced to live in tiny playhouses — for our own good, because living in a rabbit hutch will improve the weather,” writes Dave Blount.

“Winter could mean praying for sunny weather so that the heat comes on. That way we will be cozy and snug when we are placed under house arrest the next time a virus comes around.”

As we previously highlighted, last year CNN promoted the idea of young people living in ‘pods’ in the center of huge cities where they have no privacy.

They’re called OPod Tube Houses and literally consist of reclaimed bits of industrial piping renovated inside with other left over pieces from building sites to make them into micro apartments.

Because that wouldn’t be ‘inclusive’ enough 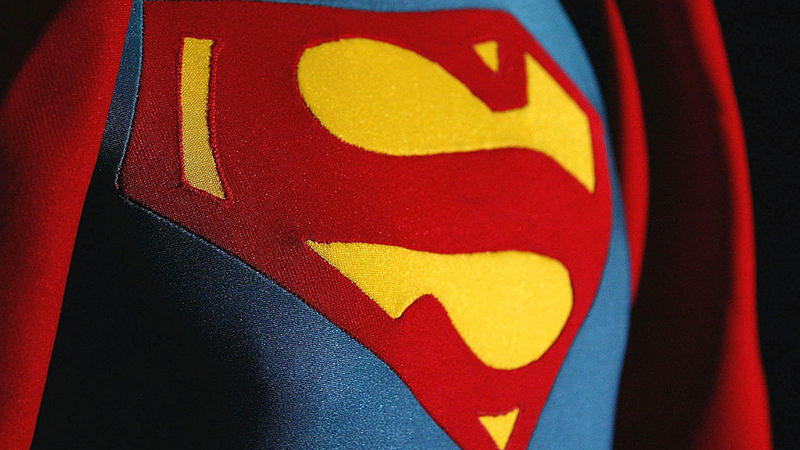 The iconic comic book hero Superman will no longer stand for ‘The American Way’, according to DC Comics’ chief creative officer and publisher Jim Lee, who claimed Saturday that the tag line which has been part of the character’s story since 1940 needs to ‘evolve’.

Lee announced that “To better reflect the storylines that we are telling across DC and to honor Superman’s incredible legacy over 80 years of building a better world,” Superman’s motto will now be “truth, justice, and a better tomorrow.”

Lee added that “Superman has long been a symbol of hope who inspires people, and it is that optimism and hope that powers him forward with this new mission statement.”

Despite the entire point of Superman being a story of America (an immigrant coming to a new world and standing for freedom, morality, justice etc etc) that wouldn’t be woke enough in 2021, and so the notion of America as a righteous place has been unceremoniously dropped.

DC comics previously had Superman renounce his American citizenship in a speech before the UN in which the hero declared “I’m tired of having my actions construed as instruments of US policy. ‘Truth, Justice and the American Way,’ it’s not enough anymore. The world’s too small. Too connected.”

Recent woke issues of the comic have seen Superman protesting against wildfires caused by climate change, preventing a high school shooting, and protesting the deportation of illegal refugees in Metropolis.

Dean Cain, who played the character on TV for years wrote an op ed recently slamming the use of the character to trash America, noting “There is a clear agenda here. It’s globalist, it’s anti-America, but it’s not bold and it’s not brave.“

Cain added, “Truth, Justice, and the American Way” is no longer the catchphrase of Superman. The new phrase? “Truth, Justice, and a Better World.” Okay, I’ll buy that, but what’s the vision that accompanies this more expansive view of social justice? What would make for  a better world? Socialism? Communism? Forced equality?”

The actor further noted, “There’s real evil in this world today, real corruption and government overreach, plenty of things to fight against. Human trafficking, real actual slavery going on… it would be brave to tackle those issues, shine a light on those issues. I’d like to see the character doing that. I’d read that comic.”

Soon enough, all superheroes and role models for children will be like this:

The Work of the Devil

The Pope is doing Satan’s bidding.

Is the Pope Catholic?

He’s betraying every basic tenet of the Christian faith as its foundations are pulverized across the west.

Pope Claims His Critics Are Performing “Work of the Devil” 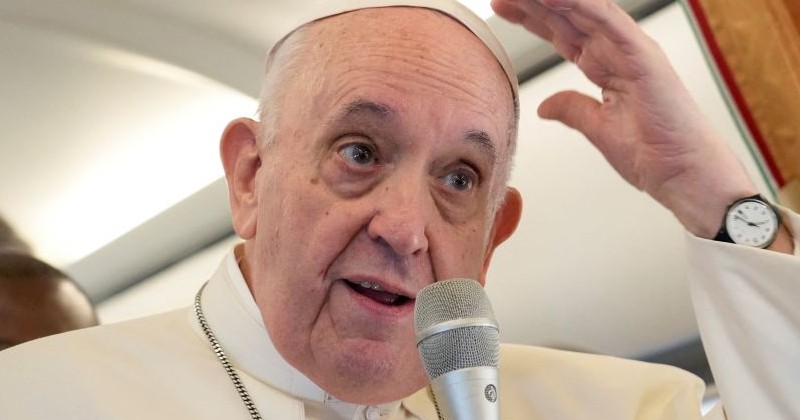 Pope Francis has claimed that conservative critics of his views on issues such as mass migration and climate change are performing the “work of the devil.”

Many would argue to opposite to be the case.

In an interview with Jesuit magazine La Civilta Cattolica, the Pope said that after his recent surgery he is “still alive, although some people wanted me dead.”

Speculation amongst prelates was rife that the Pope’s real condition was worse than what was being reported, but this turned out not to be true.

“They were preparing the conclave (to elect a new pope). So be it. Thank God, I am well,” said the supreme pontiff.

He also addressed criticism from American conservatives that his liberal views on almost every issue are eroding the Christian foundation of the Catholic Church, asserting that “turning back is not the right way.”

“I personally may deserve attacks and insults because I am a sinner, but the Church does not deserve this. It is the work of the devil,” he said.

However, as head of the Church, the Pope’s personal views are undoubtedly leading it astray.

It’s no coincidence that Cardinal Robert Sarah was removed as head of the Vatican’s office for liturgy by the Pope after he warned that western civilization was living through its “mortal hour.”

Sarah previously warned that the “west will disappear” as a result of mass migration, adding that “Islam will invade the world” and “completely change culture, anthropology, and moral vision.”

Meanwhile, the Pope takes part in PR stunts to promote mass Islamic immigration to the west, including one in which he appeared with the Rwandan refugee responsible for killing a French priest and burning down a cathedral.

After Hungarian Prime Minister Viktor Orbán asked Pope Francis not to let Christianity “perish,” the Pope responded by telling Hungarians that they should “extend their arms to everyone,” referring to migrants and refugees.

Pope Francis even went so far as to all but excuse the actions of the Charlie Hebdo jihadist killers when he said that freedom of speech has limits, morally siding with the bloodthirsty fanatics who slaughtered the French cartoonists.

When he’s not washing the feet of Islamic migrants to amplify the narrative that Christian countries should absorb millions of people from the Middle East and North Africa, the Pope is pushing globalist climate change propaganda.

Pope Francis wants to make “acts against the environment a sin,” thereby elevating Mother Earth as some kind of new age deity, while also calling for global governance to fight climate change.

Last year, the Pope also offered his support for gay marriage, saying same-sex couples should be able to form “civil unions,” a position you’ll struggle to find sympathy for in the actual Bible.

The Pope has also done little other than tacitly support the targeting of pious Catholic priests by the church establishment for merely trying to uphold the faith, something Mel Gibson recently described as a “very deep sickness.”

If your rhetoric serves to amplify the agenda that every truly satanic globalist is striving towards then it’s not your critics who are doing the “work of the devil,” it’s you.