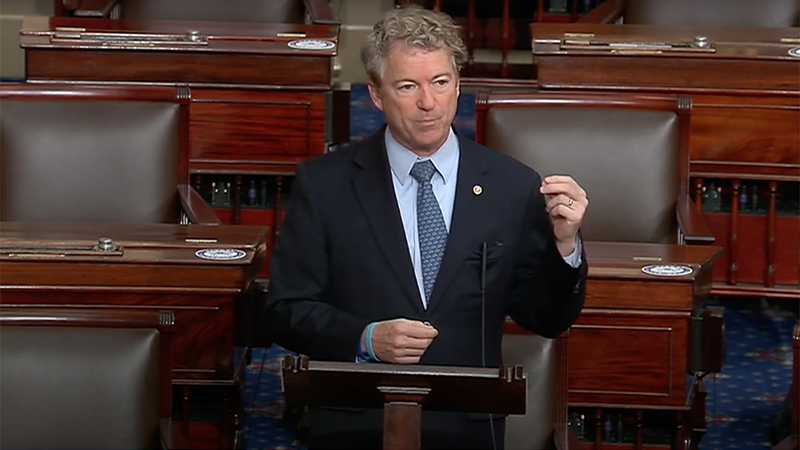 Senator Rand Paul slammed Republicans Monday for voting in favour of a huge $900 billion coronavirus relief bill, saying that they are no better than the Democrats they routinely label as ‘socialists’.

“To so-called conservatives who are quick to identify the socialism of Democrats: If you vote for this spending monstrosity, you are no better,” Paul urged in a speech on the Senate floor:

The Democrat controlled House, as well as the Senate passed the legislation, also tacking on a $1.4 trillion spending bill, prompting Paul to criticise the move as the government giving away “free money”.

“When you vote to pass out free money, you lose your soul and you abandon forever any semblance of moral or fiscal integrity,” Paul urged.

“If free money was the answer… if money really did grow on trees, why not give more free money?” Paul said.

In addition to Paul, only five other Republicans voted against the legislation:

Senator Ted Cruz tweeted that there was no time to even read the bill, ironically agreeing with extreme leftist Democrat Alexandria Ocasio-Cortez:

Paul also noted that it would have been impossible for anyone to have read the bill:

Paul vowed to continue to ‘sound the alarm’ over excessive spending:

“It really is a disgrace” 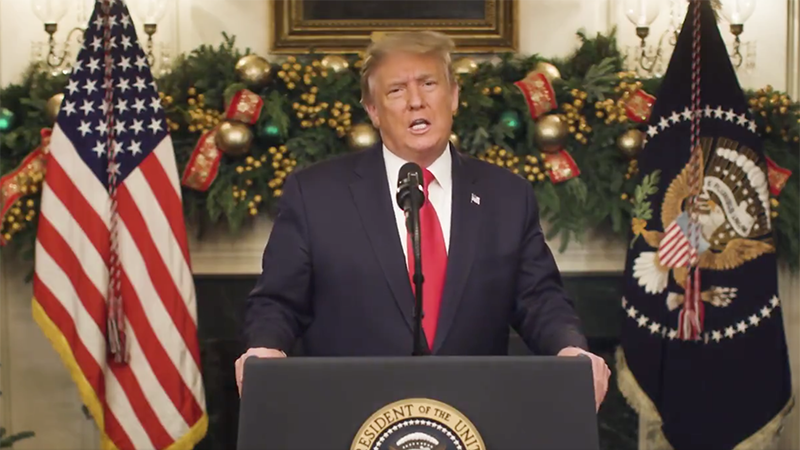 President Trump appears to be vetoing the massive $900 billion coronavirus stimulus bill passed by Congress yesterday, slamming it for being full of “wasteful and unnecessary” items.

“Throughout the summer, Democrats cruelly blocked COVID relief legislation in an effort to advance their extreme left wing agenda and influence the election,” Trump announced.

He added that “it’s taken forever” to get a bill together, and now it “is much different than anticipated.”

“It really is a disgrace,” the President urged, demanding that Americans have stimulus checks upped to $2,000, while all manner of pork, including mountains of foreign aid, be stripped out of the legislation.

Before the bill passed the Senate Tuesday, Senator Rand Paul, one of only six Republicans who voted against the legislation, slammed it as an ‘excessive’ waste of money, and said that all Republicans voting for it are no better than the ‘socialist’ Democrats they routinely criticise.

“When you vote to pass out free money, you lose your soul and you abandon forever any semblance of moral or fiscal integrity,” Paul urged.

Paul also noted that it would have been impossible for anyone to have read the bill:

The difference, however, is that Paul and Cruz voted against the bill, where as AOC just voted in favor anyway.

“Everybody I’ve talked to, including people on Wall Street, seem very delighted with the selections” 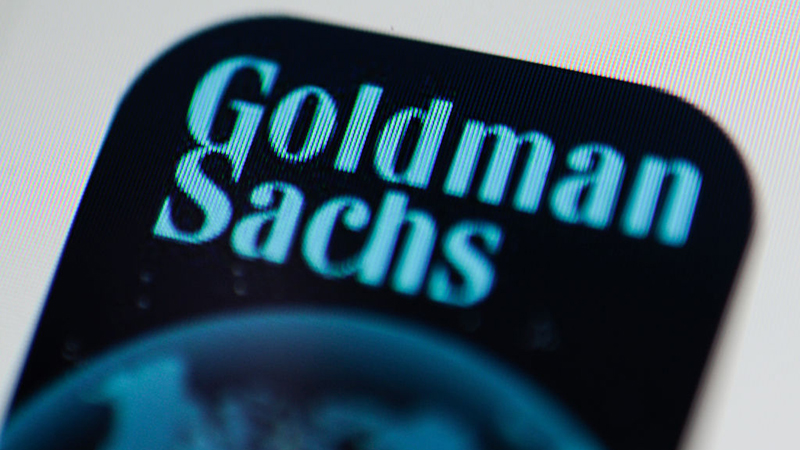 In another stunning act of resistance, Joe Biden has hired two former Goldman Sachs officials to his transition team, prompting more charges that he’s filling up the D.C. swamp again.

Goldstein is currently employed as Chief Risk Officer for Antares Capital, but worked 18 years as managing director in the Merchant Banking Division of Goldman.

The hires clearly show that Biden has zero intention of keeping Wall Street out of government.

In addition, Biden has hired Adewale “Wally” Adeyemo, a former senior adviser for BlackRock, for the Treasury department.

These hires show without doubt that Biden’s previous promise to ‘crack down’ on Wall Street was horse shit of the purest grade, although anyone with half a brain always knew that was the case.

“Everybody I’ve talked to, including people on Wall Street, seem very delighted with the selections,” said Bruce Heyman, a former partner at Goldman Sachs Group Inc. “Nobody has said to me that this is really disappointing. In fact, it’s the opposite. They’ve just said, ‘This is great.’”

Biden’s hires in other areas have also been heavily criticised as he’s chosen a rogues gallery of globalist interventionists, and extreme leftist radicals. 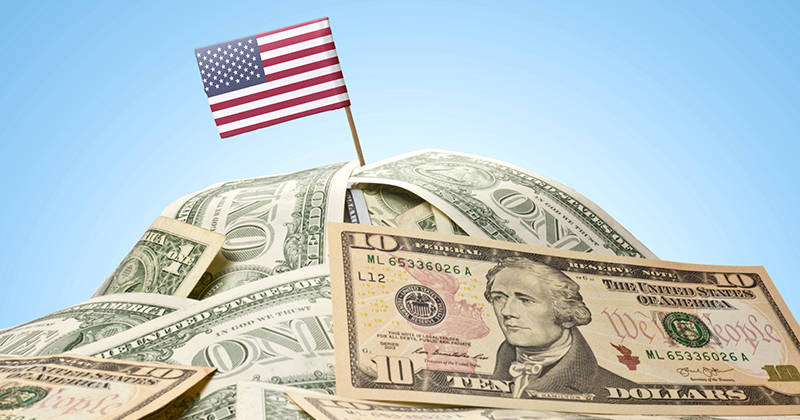 If Joe Biden were to be elected his Presidency would cost American taxpayers $11 trillion dollars, according to a study by The Manhattan Institute for Policy Research.

The conservative 501 found that Biden’s proposals on social security, health care, climate and infrastructure could plunge the US into a debt crisis.

Speaking to the Daily Caller, author of the report Brian Riedl noted that “The policies he’s proposing are going to endanger the economy over the long term,” adding “$4 trillion in new taxes, which is the biggest tax increase since the end of World War II, as well as $11 trillion in new spending, certainly more regulation, a higher minimum wage. All of that is going to weaken the economy.”

For those interested, I've released the new 2020 version of my budget chartbook.

100 pages of charts that defy conventional wisdom on budget, spending, tax, and deficits. You can download the chartbook here – https://t.co/rKZ20fxvuk

Biden has proposed $2.4 trillion in coronavirus stimulus spending, as well as $2 trillion for climate and infrastructure, and a $1.5 trillion health care expansion. It is estimated that education spending will amount to $750 billion under Biden, which includes a free college plan.

Biden has offered little in the way of explaining how the costs will be covered, other than tax hikes, which he claims will be targeted at large corporations.

The problem is beginning with a $13 trillion baseline deficit over the decade, adding $11 trillion in new spending promises, and then hoping a $3.5 trillion tax increase on the rich will make the numbers work. Eventually, big middle-class benefits require big middle class taxes. https://t.co/G6AmsbfytG

Bets are in, and the odds look heavily in Trump’s favor and it’s because the betting tables have all the right data.

The numbers were crunched using figures from Biden’s campaign website, the Committee for a Responsible Federal Budget and the Congressional Budget Office.

“It’s absolutely unsustainable,” Riedl noted adding that “The danger is that eventually the interest costs will bury us. When you borrow that much money, all it takes is a small increase in interest rates to completely bury the federal budget.”

“Ultimately, we’re going to face a reckoning that requires either significant reforms to programs like Social Security and Medicare, or a possible doubling of middle class taxes,” Riedl warned, declaring that “There’s really no third option.”

“The worst case scenario is that politicians continue to pour gasoline on the fire by enacting even more spending, which just accelerates a debt crisis,” Riedl urged.

Under President Trump, the deficit has remained under $1 trillion each year. However, it is projected to jump to almost 4 times that this year due to coronavirus spending.