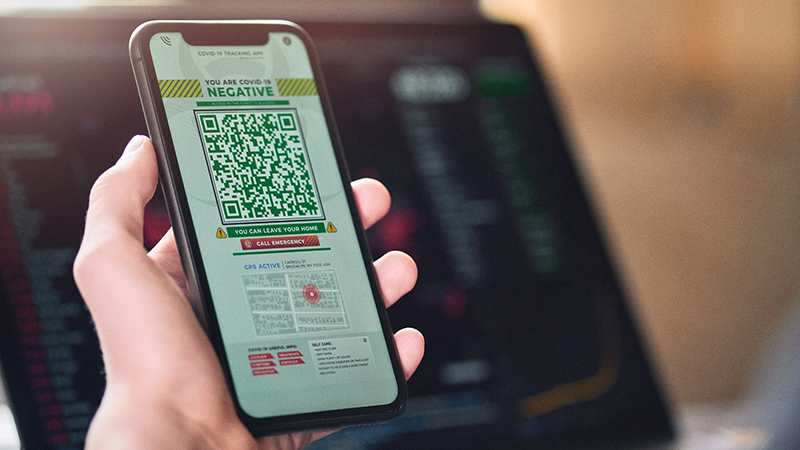 While the government is still saying that it will not introduce such a system, the firms have been given instructions to develop an app based system to integrate a QR code linking to a digital passport.

The QR code would be used to gain entry into pubs, clubs, venues, cinemas, basically anywhere in public.

“After scanning in the code, the venue could refuse entry to those without a recent negative result,” the Daily Mail notes.

The site shows that in November a £42,000 contract was awarded to a company called Netcompany UK to develop a ‘Covid-19 Certification/Passport MVP’ (minimum viable product’).

Another contract for £34,000 was awarded to Hub Company to develop an app that would include a personal QR code for COVID tests.

“It is about looking at ways we could use this in future,’ a Deprtment of Health source claimed, adding “It is looking at whether it would be possible.”

“There are no plans to introduce immunity passports,” the source also claimed, echoing previous government assurances.

Government officials have previously signalled that the system could be integrated with the much maligned NHS ‘track and trace’ app.

Health Secretary Matt Hancock, who has repeatedly refused to rule out making vaccination mandatory for all UK citizens, previously announced that ‘immunity passports’ could be rolled out for those who have antibodies against the virus, allowing them to participate in society.

Last week, Israel announced that citizens who get the COVID-19 vaccine will be given ‘green passports’ that will enable them to attend venues and eat at restaurants.

While some see the idea of ‘immunity passports’ as antithetical to a free society, others support travel bans for the unvaccinated, and are begging for the health passes to be implemented: