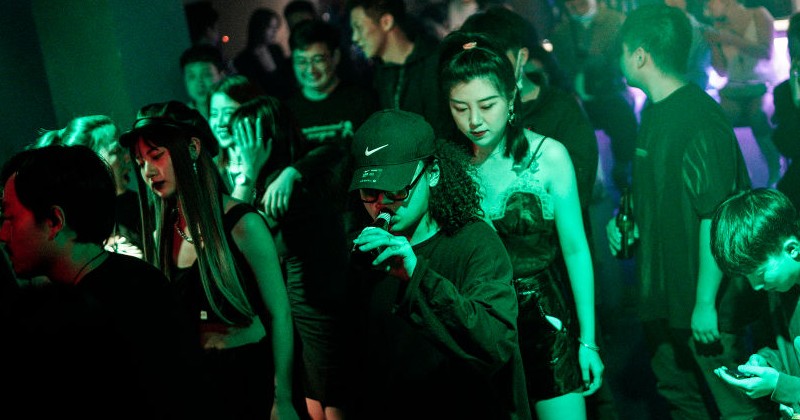 A Reuters photo essay celebrates how residents of Wuhan are enjoying nightclubs and street parties without the need for masks or social distancing even as much of the rest of the world continues to labor under lockdown.

The article notes how young people living in the original epicenter of COVID-19 are now frolicking around in crowded beer halls and other venues.

“Nightlife in Wuhan is back in full swing almost seven months after the city lifted its stringent lockdown and the city’s young partygoers are embracing the catharsis,” states the piece, noting how maskless partygoers are spilling onto the streets.

Outside, maskless partygoers spill onto the streets, smoking and playing street games with toy machine guns and balloons. Nightlife in Wuhan is back in full swing almost seven months after the city lifted its lockdown 2/6 pic.twitter.com/dj4BopTn2E

A previous video showing residents of Wuhan enjoying a giant pool party was also heralded by the Chinese Communist Party as a “strategic victory” in its fight against the coronavirus.

The piece puts the city’s recovery down to “one of the strictest lockdowns worldwide,” noting that a new locally transmitted case of COVID-19 hasn’t been reported since May 10.

In scenes unimaginable in many cities around the world reeling under a resurgence of the pandemic, young Wuhan residents during a recent night out crowd-surfed, ate street food and packed the city's nightclubs as they looked to make up for lost time 4/6 pic.twitter.com/bGtQUmc1ts

However, this fails to explain why similarly harsh lockdowns which were imposed in countries like Spain and Italy failed to prevent a second wave of the virus.

According to one of the individuals interviewed by Reuters, there are now more people enjoying the city’s nightlife than there was before the pandemic.

Despite the thriving night scene, Wuhan business and restaurant owners say it could still be some time before the surge in turnover makes up for massive losses during the lockdown. More 👉 https://t.co/yUuUNF6fVF by 📷 Aly Song and @catecadell 6/6 pic.twitter.com/cIFtaCJAHm

As we previously highlighted, not only is China back to normal, but its economy is enjoying a post-COVID surge that outstrips every other major country.