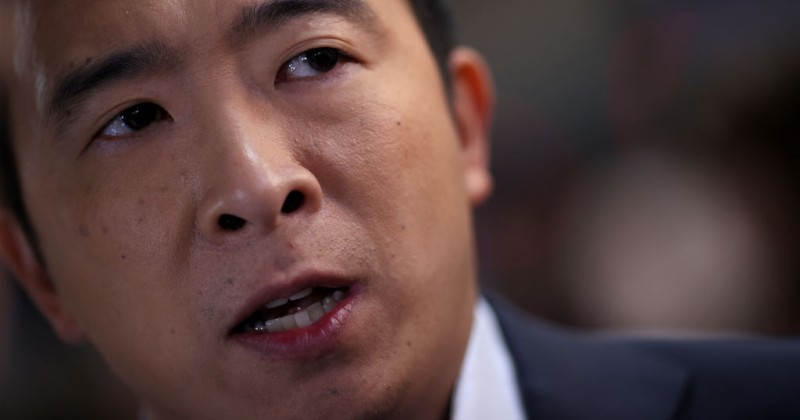 Former presidential candidate Andrew Yang has called for people to be required to prove they’ve been vaccinated before entering venues by showing a bar code on their phones.

“Is there a way for someone to easily show that they have been vaccinated – like a bar code they can download to their phone? There ought to be,” tweeted Yang.

Is there a way for someone to easily show that they have been vaccinated – like a bar code they can download to their phone? There ought to be.

Yang suggested that people could also be given bracelets before they’re allowed to “interact more freely,” while also suggesting those who don’t take the vaccine be denied entry to sports games and other events.

“Tough to have mass gatherings like concerts or ballgames without either mass adoption of the vaccine or a means of signaling,” said Yang.

I’ve been tested at a photo shoot or interview and gotten a bracelet showing I was negative. Then we could interact more freely.

As we previously highlighted, Ticketmaster is still considering whether to make proof of vaccination a condition of purchase for live events, while several airlines have also said they will refuse service to fliers who have not had the shot.

Earlier we reported on comments made by Gloria Guevara, head of the World Travel and Tourism Council, who suggested that if airlines and other companies mandate the vaccine it will kill the travel industry.

The consensus amongst respondents to Yang’s tweets was far from positive.

“Every time something like this is suggested, it sounds exactly like “putting serial numbers on forearms” or “yellow cloth stars on your chest”. I usually respect you, but you need to chill,” said one.

“If this is the kind of world you are truly advocating for, I hope you never gain power,” added another.

“How about a bar code we can print onto our arms or the back of our necks?” asked Ian Miles Cheong.

How about a bar code we can print onto our arms or the back of our necks? https://t.co/Q1hEf4X8sD