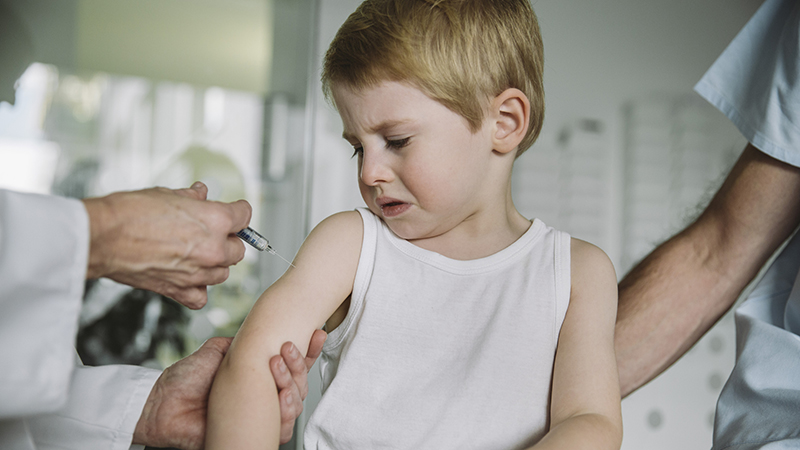 A State Senator in New Jersey wants the coronavirus vaccine made mandatory for all school age children, despite them being the least at risk group.

Middlesex Democrat Senator Joseph Vitale also wants to eliminate exemptions that have been used in the past to prevent their children from receiving shots.

“When it is that a vaccine is appropriate for children, I believe it ought to be included in that list of vaccines that are required for children,” Vitale told reporters.

“I’d like to incorporate it into the other vaccination bill that would require children to get vaccinated as a condition to entering school,” he added.

Vitale also says there is a separate effort underway to make the vaccine mandatory for University students in the state.

“It’s not complicated to decide whether or not to include a COVID vaccine as a condition of school,” he said, adding “The decision is going to be whether or not the vaccine is available, and if the science supports its efficacy.”

New Jersey currently mandates that children must have several vaccines in order to attend school, including MMR, polio, and chickenpox. However, thousands of children have been exempted from the shots, with parents citing religious beliefs.

There was an attempt last year by lawmakers to eliminate such exemptions and mandate the vaccinations across the board, but it failed when angry parents stormed the statehouse:

While New Jersey officials have stopped short of saying they will force everyone to get the vaccine, Governor Phil Murphy has signed an executive order that will see everyone who does get it automatically enrolled into a ‘New Jersey Immunization Information System’ , a move that some have seen as a way of coercing people to take the shot.

Speaking to reporters, Sue Collins, co-founder of the New Jersey Coalition for Vaccine Choice said “Putting the cart before the horse and saying when it’s available everyone has to get it does not build trust.”

“No medical procedure should ever be mandated for anyone — especially something so new, with so many unknowns and no long-term knowledge at all,” Collins added.

Pushing back against the creep toward mandating the vaccine in the state, Republican Assemblyman Gerry Scharfenberger, has sponsored a bill to prevent it from becoming compulsory.

While he says he is not anti-vaccine, Scharfenberger says he cannot support mandating medication, and is responding to the concerns of constituents.

The developments in New Jersey come after a State Assemblymember in New York introduced legislation that would make it compulsory for residents to get vaccinated against coronavirus.

Democrat Linda Rosenthal said she introduced the bill because “there has been a “concerning uptick in dangerous anti-science, anti-vax rhetoric.”

As soon as the FDA approves the vaccine for children, there will likely be a torrent of states moving to add it to the compulsory vaccination list for school kids. Reports have suggested that Pfizer has begun conducting some tests of its vaccine on children, with Moderna also scheduling trials for tests on kids.

Currently, California, Mississippi and West Virginia are the only states that allow medical exemptions to vaccinations, according to the National Conference of State Legislatures.

Fauci: Unless Americans Take The Vaccine, The Masks Need To Stay On