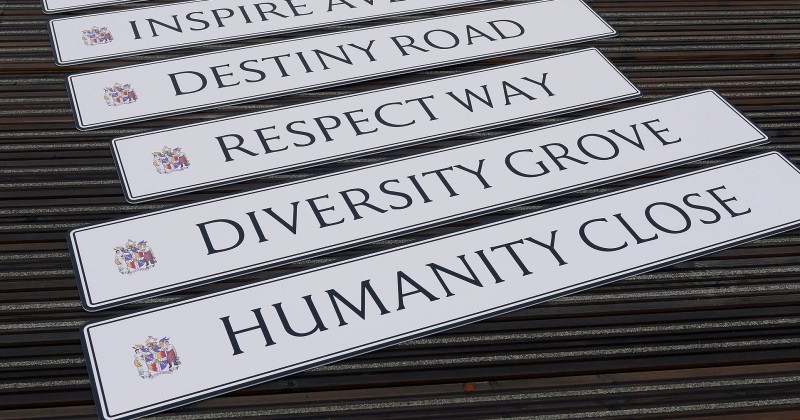 After Birmingham City Council invited members of the public to come up with new street names for a regeneration scheme, winners included “Diversity Grove” and “Equality Road”.

According to the council, the names were selected “based on the theme of cohesion and shared values.”

Louise Kilbride, the woman whose suggested street names were chosen by a panel of judges, said she wanted them to “reflect the diversity of the Perry Barr area.”

A Google News search for Perry Barr reveals that the area has a high crime rate which increased this past summer after numerous robberies and firearms offenses, leading to police being handed Section 60 powers to stop and search people without reasonable grounds.

“Remember when we used to dedicate street names to heroes,” responded one Twitter user.

Remember when we used to dedicate street names to heroes pic.twitter.com/QoX6c7AbfZ

Others asked why the names weren’t based on successful people from the area, with one accusing the council of engaging in “Utter woke nonsense.”

Unfortunately for those living in the area, studies have shown that “diversity” produces the exact opposite of cohesion.

A peer reviewed study by Danish academics at the University of Copenhagen found that ethnic diversity has a negative impact on communities because it erodes trust.

Studying existing literature and also carrying out a meta-analysis of 1,001 estimates from 87 studies, the researchers concluded, “We find a statistically significant negative relationship between ethnic diversity and social trust across all studies.”

Meanwhile, in France, President Macron has “called for the creation of a list of 300 to 500 “Black or Arab historical figures” who should have public places, monuments and streets named after them.”

As we document in the video below, one of the first things that violent Maoist cultural revolutionaries did when they took over society was to rename streets.

Just a coincidence, I’m sure.

Comedian Speaks Out After He Was Refused Gig For Being ‘White, Straight Able-bodied Male’ 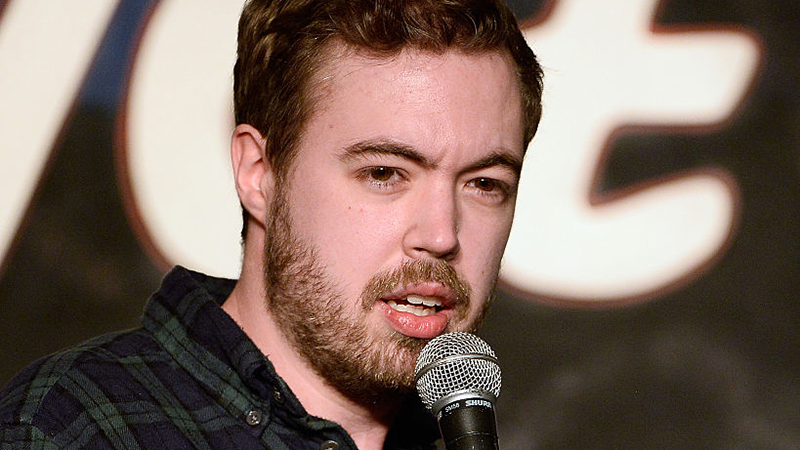 A British comedian has spoken out after he was turned down for a gig based on his race, sexuality and gender.

Nick Dixon, who has toured the UK comedy circuit extensively and had success as a movie writer, says that a comedy club operator informed a fan of Dixon’s that he wouldn’t be booking the comedian because he was a “white straight able-bodied male”.

The club owner told the fan “I kind of have a million billion really good white, straight able-bodied male comedians I can call upon.  I’m trying to find more of the opposite.”

The message continued, “When I say the opposite I don’t necessarily mean a black gay woman in a wheelchair, but I’ve seen how hard it is for female acts, black acts etc to get on good bills.”

This is not an isolated incident where comedy clubs are concerned.

Dixon says that such discrimination is happening to every white comedian in the country, but many are afraid to speak up.

“This has happened to basically every straight white comedian I know,” Dixon stated, adding “Whether it’s live or TV work, everyone this happens to feels it’s wrong, though they might not admit it publicly.”

He continued “Even right-on left-wing comedians will express anger about it in private…But if you asked them to give up their place on a TV panel show for a person of colour it would be a different story.”

“I just want a meritocracy because that’s better for everyone. Where you have a meritocracy, diversity happens naturally. Look at football, for example,” Dixon explained, noting that comedy shows should be made up of “just the funniest people.”

“These cack-handed attempts at social engineering don’t help anyone. I don’t believe it is necessary to do this in comedy,” Dixon urged.

The comedian has previously warned about comedy going ‘woke’, and the detrimental effects it has on the art form, claiming that the aim of woke comedy “is not to make us laugh, but to lecture us about what we should believe.

Dixon isn’t alone in lamenting the death of comedy at the hands of wokeness. Others including Rowan Atkinson, Ricky Gervais, John Cleese, Joe Rogan, Adam Carolla, Bill Burr, and Dave Chappelle have all issued similar warnings.

The ultimate irony is that leftist comedians are quick to cry ‘cancel culture’ when their own bland drivel is rejected.

Another target for the witch hunt mob. 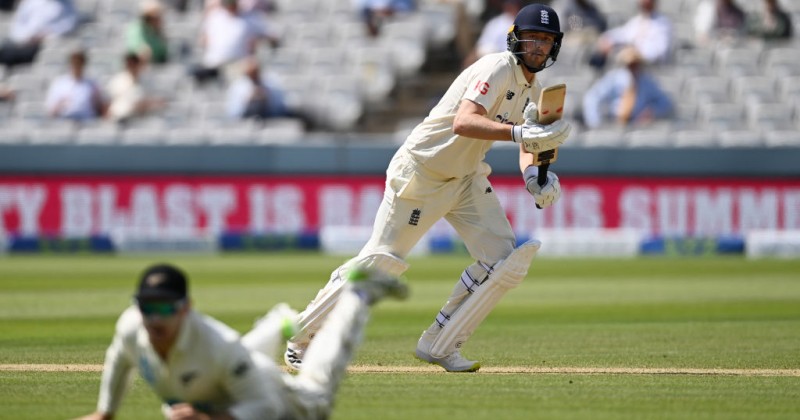 Following the international suspension of cricketer Ollie Robinson for tweets he posted when he was 18, the ECB is now considering whether to expose the identity of another player for posting “offensive” tweets when he was 15.

As we previously highlighted, Robinson was “made an example of” by cricketing authorities after his teenage tweets, which largely consisted of a few “racist” words and some lads’ banter, were uncovered by offense archeologists.

Now another cricketer could be about to face cancellation

“Wisden.com chose to obscure the identity of the player, who was 15 at the of the tweet, but did include details of the post, including ‘your going out with a asian’ and three hashtags: ‘Asianthroughandthrough’, ‘hweolloo’ and ‘c****y’,” reports the Daily Mail.

According to the Mail, the ECB is “considering” whether to publicly name the individual, opening him up to be targeted by witch hunt mobs and forced into a groveling apology, which as it proved for Robinson, will achieve absolutely nothing.

So according to the left, “cancel culture doesn’t exist,” and yet another sports star may be about to say goodbye to his whole career for tweets he posted when he was literally a child. 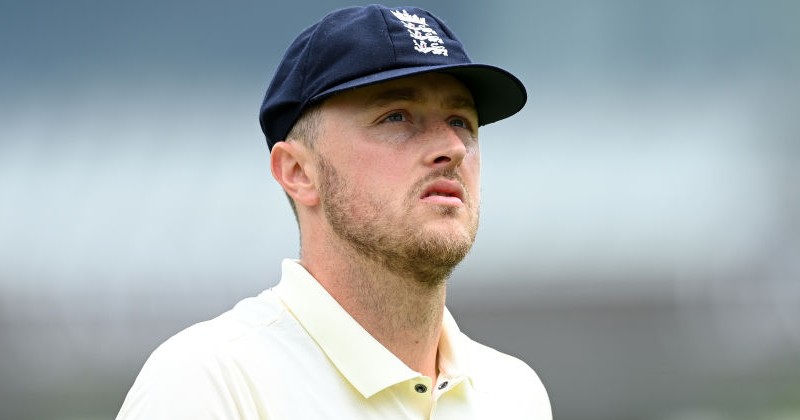 England cricketer Ollie Robinson has now been suspended from all international matches over some edgy tweets he posted when he was a teenager in yet another foul example of cancel culture.

“England and Sussex bowler Ollie Robinson has been suspended from all international cricket pending the outcome of a disciplinary investigation following historical tweets he posted in 2012 and 2013,” reports Sky News.

The tweets originally posted by Robinson nearly a decade ago when he was 18 can be viewed below. They’re a mixture of offensive words and lads’ banter. Such rhetoric was commonplace on the platform before the world went mad from around 2015 onwards.

There's a few things to note about Ollie Robinson's old tweets:
1) This will almost certainly happen more and more, as players who have been on social media since their teens make their debuts.
2) Anyone can see your public conversations on Twitter. pic.twitter.com/pFbsNiOd1H

Secretary of State Oliver Dowden responded to the controversy by asserting that cricket authorities had gone too far.

“Ollie Robinson’s tweets were offensive and wrong,” tweeted Dowden. “They are also a decade old and written by a teenager. The teenager is now a man and has rightly apologised. The ECB has gone over the top by suspending him and should think again.”

They are also a decade old and written by a teenager. The teenager is now a man and has rightly apologised. The ECB has gone over the top by suspending him and should think again.

“I don’t even care what he’s said,” remarked another respondent. “Imagine being a young cricket player, fulfilling your lifelong dream of playing for England and some neeky prick scours through your decade-old teenage tweets to find something to be offended by – and you actually get suspended. Cuck culture.”

I don’t even care what he’s said.

Imagine being a young cricket player, fulfilling your lifelong dream of playing for England and some neeky prick scours through your decade-old teenage tweets to find something to be offended by – and you actually get suspended. Cuck culture. https://t.co/z8cUfv3iGx

Some people ludicrously tried to compare Robinson’s conduct to that of Shamima Begum, a British Muslim who traveled to Syria to join ISIS.

One posted some edgy tweets when he was a teenager, the other joined ISIS, that's the difference, you absolute melt. https://t.co/5oh45bMKFZ

Leftists actually think that posting some edgy tweets as a teenager and joining an international terrorist organization are somewhat similar, and that people are only defending Robinson because he’s white.

Just to clarify: sending offensive tweets isn't the same as joining ISIS, who waged jihad on the West & decapitated non-believers

In reality, as we highlight in the video below, authorities specifically wanted to “make an example” out of Robinson because he is white.