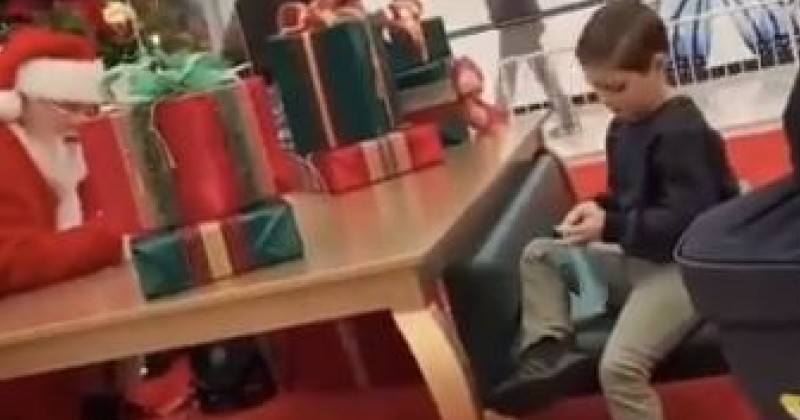 A viral video shows a liberal pro-gun control Santa Claus making a small child cry by refusing to give him a toy nerf gun for Christmas.

The boy asks Santa for a nerf gun, to which he responds, “No, no guns.”

The boy’s mother then tries to interject by clarifying, “A nerf gun.”

“No, not even a nerf gun,” replies Santa.

After the boy looks at his mother puzzled, Santa continues, “Nope. If your dad wants to get it for you, that’s fine, but I can’t bring it to you.”

Liberal Santa sends Young Boy Away in Tears After Refusing to Gift Him a Nerf Gun for Christmas @Hasbro pic.twitter.com/9QbKtxcJGK

“What else would you like? There’s lots of other toys. There’s Legos, there’s bicycles, there’s cars and trucks. What do you think? What do you think?” asks Santa with a tone more befitting of an annoying liberal TV anchor rather than jolly old Father Christmas.

The boy then begins to cry out loud and his mother walks over to console him.

The boy continues to sob uncontrollably while the Santa says “Merry Christmas!” in the same patronizing tone.

According to the original poster of the video, the liberal Santa has now been fired.

Respondents to the video will be delighted.

“This literally made me cry. Good job, ‘Santa’, you just broke a little kid’s heart……shame on you,” said one.

“Dude had one job & he couldn’t help himself,” remarked another. 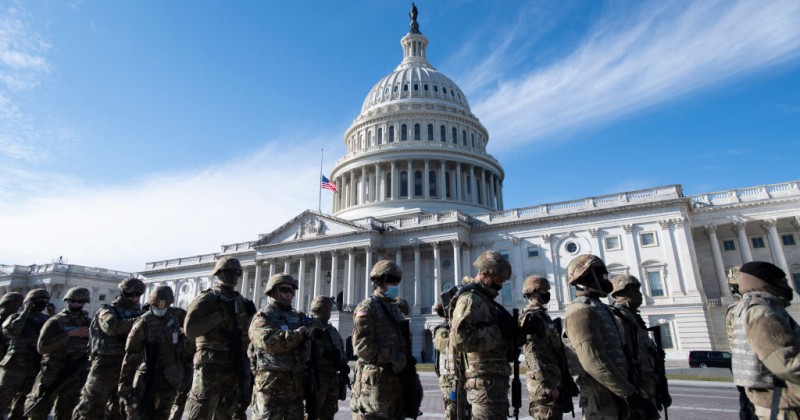 A security alert at the U.S. Capitol which briefly caused panic, prompting a lockdown, turned out to be caused by a fire at a nearby homeless camp.

“Loud speakers at the Capitol warn of an “external threat”. Smoke can be seen in the distance with guards running,” tweeted a journalist on the scene.

After the lockdown was announced, people in the vicinity were told, “No entry or exit is permitted, stay away from exterior windows, doors. If outside, seek cover.”

Loud speakers at the Capitol warn of an “external threat”. Smoke can be seen in the distance with guards running. pic.twitter.com/G0WKXgpYQC

The fire prompted an inauguration rehearsal to be cancelled and the participants to be evacuated.

It has now been revealed that the emergency lockdown was triggered “out of an abundance of caution” over a fire that started at a nearby homeless encampment.

All of this homeless person’s belongings just went up in flames under the 695 bridge near H and 2nd SE. Extremely unfortunate… @WTOPtraffic @nbcwashington pic.twitter.com/9YAVsOjUqL

An image posted to Twitter shows the fire, which occurred under the 695 bridge but was soon extinguished, allowing the lockdown to be lifted.

The state of emergency is a response to the storming of the Capitol earlier this month and alleged threats posed by armed extremists to the inauguration of Joe Biden.

However, despite defense officials telling the media that they fear an “inside attack,” they had to acknowledge that there was “no evidence of any threats.”

Something tells me that putting “no evidence of any threats” in the headline would’ve generated fewer shares and clicks pic.twitter.com/oM0Ge2pOVD 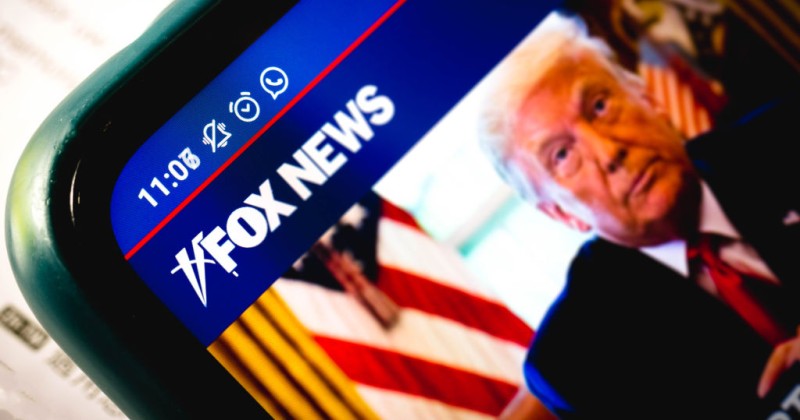 Fox News’ ratings have plummeted in the aftermath of Trump supporters abandoning the network, with the broadcaster registering its poorest showing since September 2000.

The Daily Beast reports that Fox News finished third to both MSNBC and CNN for three days running last week, their worst performance in over 20 years.

Much of the viewership loss is due to Trump supporters switching to competing conservative networks like OAN and Newsmax due to the perception that Fox News abandoned its implicit support for Trump over the last 2 years.

Host Chris Wallace’s debate moderator performance, during which he was seen to protect Joe Biden while shutting down Trump, also infuriated MAGA types.

With viewers defecting to Newsmax and OAN, both those networks are now being targeted by CNN in a transparent effort to have its competition silenced.

“We are going to have to figure out the OAN and Newsmax problem. These companies have freedom of speech, but I’m not sure we need Verizon, AT&T, Comcast and such bringing them into tens of millions of homes,” guest Alex Stamos told Brian Stelter yesterday.

Former Facebook insider Alex Stamos tells @brianstelter: "We have to turn down the capability of these Conservative influencers to reach these huge audiences… There are people on YouTube for example that have a larger audience than daytime CNN." pic.twitter.com/gP0XtnjhCQ

In this edition of Newsmakers, Alex Jones calls for de-escalation and for Trump supporters to avoid attending potentially dangerous protests before and during the inauguration.

He also slams QAnon as a delusional and discrediting movement that has led many well-meaning people astray.