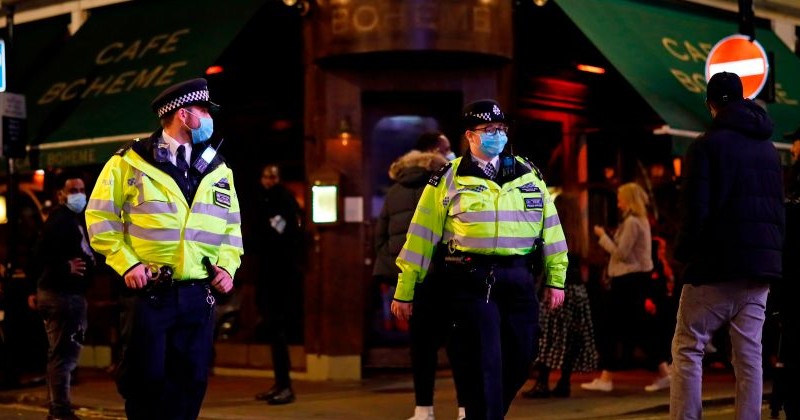 Police in the UK are patrolling pubs and throwing out customers who they deem to not be eating a “substantial meal” under COVID-19 rules.

The confusion stems from rules that dictate pubs located in ‘tier 2’ regions can only stay open if they also operate as restaurants.

This means they can only serve alcohol if they also serve a “substantial meal.”

Earlier this week, a cabinet minister suggested that a scotch egg, which is a hard boiled egg surrounded by sausage meat and coated in bread crumbs, was enough to constitute a “substantial meal.”

This led pubs to take advantage and serve scotch eggs while avoiding having to put on a full dinner service in a desperate bid to remain open.

However, despite the government indicating that this was acceptable, police are entering pubs, harassing customers and eventually throwing them out if they are found to be eating scotch eggs.

“Police have been criticised for their “overzealous” enforcement of the new rules on pubs, after landlords reported officers arguing over whether Scotch eggs were a substantial meal and threw out customers who had finished eating,” reports the Telegraph.

Patrick Dardis, chief executive of pub chain Young’s, said officers were also demanding customers leave as soon as they had finished their meals, preventing them from ordering more drinks.

“As if we haven’t got enough to contend with we have had some overzealous officials going into pubs unnecessarily and it’s a bit intimidating for customers,” Mr Dardis said.

According to reporter Helena Horton, police are also asking people what their business meetings are about. Under the rules, people are only allowed to meet others who don’t live in the same household if the meeting is work related.

Pub companies are fighting back, telling managers to film police officers where necessary and show letters from solicitors but have told those in charge of pubs to make sure scotch eggs are served with chips/salad

“Pub companies are fighting back, telling managers to film police officers where necessary and show letters from solicitors but have told those in charge of pubs to make sure scotch eggs are served with chips/salad,” tweeted Horton.

The fact that police are patrolling pubs looking to harass people for eating scotch eggs is patently ludicrous, especially when you consider the UK’s rising violent crime rate and the fact that police have told people they will no longer be able to respond to burglaries.

Biden To Launch ‘Mask Up For 100 Days’ Campaign

Videos: Chaos Erupts On The Streets Of Berlin As Police Attack Anti-Lockdown Protesters

Throwing old women to the ground and hitting kids, all for their own health 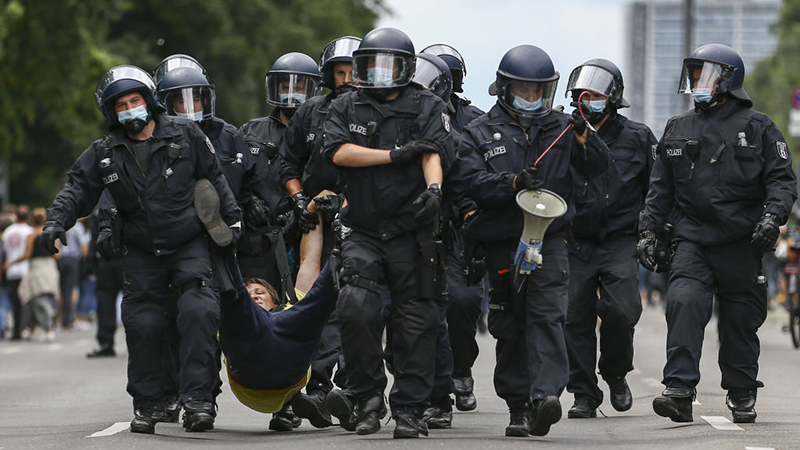 Worldwide protests against the decimation of freedom continued this weekend, with Berlin in Germany becoming the focal point as thousands took to the streets, rising up against lockdowns and the introduction of vaccine passports in the country.

As we reported last week, authorities in Germany have indicated that unvaccinated people could be banned from cinemas and restaurants and that those who have taken the jab will have “more freedom.”

Angela Merkel’s chief of staff Helge Braun stated that unvaccinated people, even if they test negative for COVID, would not be allowed to go to venues like restaurants, cinemas, or stadiums, because “the risk to everyone else is too high.”

Footage from the weekend highlighted riot police fighting with protesters, pepper spraying people and even aggressively pushing around old women and children.

The AP reports that 600 people were arrested.