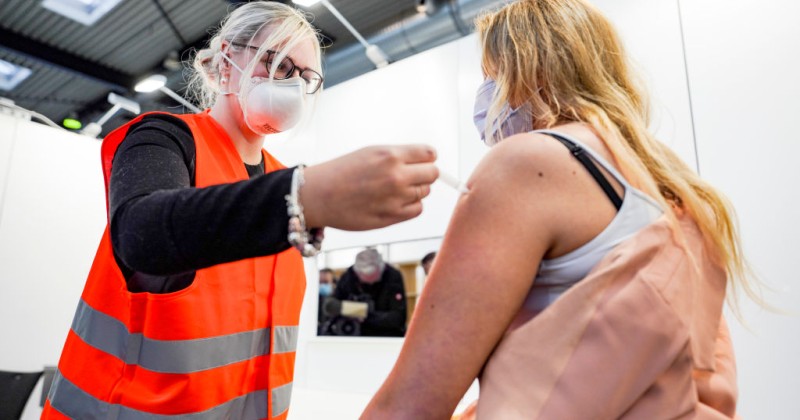 Americans will receive a ‘vaccination card’ showing they’ve taken the COVID-19 shot, raising the prospect that airlines and venues could refuse service to those who are not immunized.

“Everyone will be issued a written card that they can put in their wallet that will tell them what they had and when their next dose is due,” Dr. Kelly Moore, associate director of the Immunization Action Coalition, told CNN.

The vaccination card will be issued by the CDC and patients will be asked to provide a cell phone number so they can be contacted when it is time to receive their second dose.

Vaccination clinics will also send records of who has taken the shot to state immunization registries and every dose administered will also be reported to the US Centers for Disease Control and Prevention.

While the first doses of the vaccine will be made available to health care workers, 100 million Americans are expected to have been vaccinated against COVID by February, according to Moncef Slaoui, chief adviser to Operation Warp Speed.

Here’s the card you’ll get when you eventually get the Covid-19 vaccine.

Everyone will get a card "they can put in their wallet that will tell them what they had and when their next dose is due," says Dr. Kelly Moore of the Immunization Action Coalition. https://t.co/pLj8YnH02T pic.twitter.com/66CIDc246T

As we have previously highlighted, while governments won’t mandate the vaccine, venues, employers and service providers could all insist that customers take the shot.

Given that polls show nearly half of Americans have indicated they won’t take the vaccine, this would create a huge number of people who could be denied the right to travel and a social life.

Several airlines have already suggested they will make the vaccine compulsory for travel, with Qantas CEO Alan Joyce asserting last month, “We will ask people to have a vaccination before they can get on the aircraft.”

As we highlighted yesterday, the Welsh government has also announced that citizens will be given ID cards to prove they’ve been vaccinated.

Rich People & Journalists Made Exempt From Having to Enter COVID Quarantine