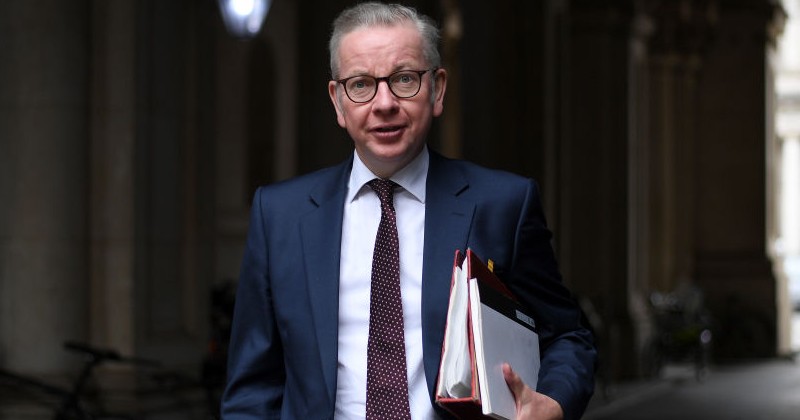 Cabinet Office Minister Michael Gove contradicted his own government’s vaccine minister by asserting that there were no plans to issue ‘vaccination passports’ that would be required before people were allowed to enter bars, restaurants and other venues.

As we highlighted yesterday, during an interview on BBC Radio, UK vaccine minister Nadhim Zahawi suggested that the NHS ‘track and trace’ app would be used to digitally store information about whether a person has been inoculated or not.

“I think you’ll find that restaurants and bars and cinemas and other venues, football stadiums, will probably also use that system,” said Zahawi.

With airlines also suggesting they will adopt the system, this creates the prospect of millions of people who refuse to take the vaccine being prevented from being able to travel or engage in basic social activities.

However, in an interview with Sky News earlier today, Cabinet Office Minister Michael Gove said no such plans were being considered.

"I certainly am not planning to issue any vaccine passports and i don't know anyone else in government who would."@michaelgove tells @kayburley there will not be a #COVID19 vaccine passport.#KayBurley https://t.co/UV70Cs1n0C pic.twitter.com/mVAnfR7ttK

“People in this country have common sense, the overwhelming majority can see that getting vaccinated is not just good for you, it’s also good for others, it’s a way of making sure that granny and grandad, mum and dad are safe,” said Gove.

Asked if there would be a vaccine passport, Gove responded, “No, that’s not being planned.”

“I certainly am not planning to issue any vaccine passports and I don’t know anyone else in government who would,” he added.

However, as we have previously discussed, service providers and companies could still require proof of vaccination outside any government involvement, potentially using technology like the ‘Common Pass’ being developed by the World Economic Forum.

Gove’s denial also contradicts NHS Test and Trace boss Baroness Harding’s indication that the NHS app will be used to “record as a citizen of your test results and whether you’ve been vaccinated.”