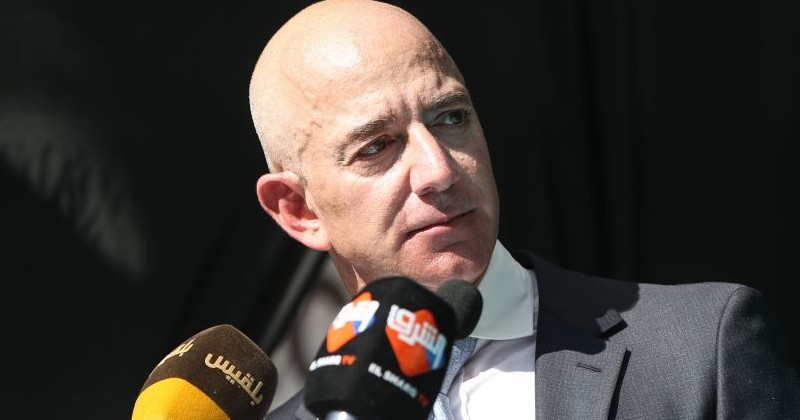 Amazon went on a record global hiring spree over the course of 2020 while small businesses went bust, proving that lockdown policies only benefit giant transnational corporations.

According to a report in the New York Times, “Amazon added 427,300 employees between January and October, pushing its work force to more than 1.2 million people globally, up more than 50 percent from a year ago. Its number of workers now approaches the entire population of Dallas.”

Amazon is now hiring an average of about 2,800 employees a day.

“The scale of hiring is even larger than it may seem because the numbers do not account for employee churn, nor do they include the 100,000 temporary workers who have been recruited for the holiday shopping season. They also do not include what internal documents show as roughly 500,000 delivery drivers, who are contractors and not direct Amazon employees,” states the report.

Amazon’s rate of growth is historically beaten only by the rise in the shipbuilding industry during World War II and outstrips the previous record of 230,000 employees added by Walmart in a single year two decades ago.

Along with similar rises for other big chain companies, Amazon has seen its profits during the COVID pandemic soar by 100% while small businesses on average have lost 30% in profits and 21% have closed down permanently.

The CEO’s of these companies have also seen their personal wealth increase by tens of billions while small businesses have lost over $200 billion.

As Chris Menahan notes, Jeff Bezos was instrumental in hyping the necessity of the very lockdown policies that made him even richer.

“Amazon CEO Jeff Bezos’ personal propaganda mill, The Washington Post, advocated for the lockdowns and peddled the corona-hysteria which once again made Bezos the richest man in the world — even after he paid out some $38 billion in his divorce.”

The success of monopolistic corporations during the coronavirus pandemic is more proof that the “Great Reset” is purely designed to eliminate any economic competitors and make everyone, both employees and customers, totally dependent on mammoth transnationals.

Republican Kentucky Rep. Thomas Massie’s statement back in April that the policies enacted in response to the pandemic represented “the largest wealth transfer from taxpayers to the super rich” in history has been proven completely accurate.

Video: CNN Cancels Christmas; “We Just Can’t Do It This Year”