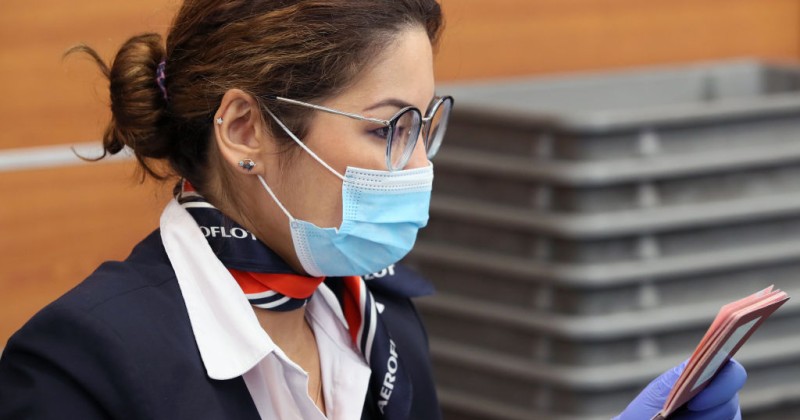 Mirroring rhetoric from others in the industry, a spokesperson for Korean Air has said there’s a “real possibility” airlines will mandate passengers take a COVID-19 vaccine before being allowed to travel.

“South Korea’s largest airline has a similar message,” reports ABC News. “Jill Chung, a spokesperson for Korean Air, said Tuesday there’s a real possibility that airlines will require that passengers be vaccinated. She said that’s because governments are likely to require vaccinations as a condition for lifting quarantine requirements for new arrivals.”

Air New Zealand also issued a statement asserting that it would ultimately be “up to governments to determine when and how it is safe to reopen borders.”

Chung said that the Common Pass, a digital certificate that checks vaccine status, would likely be used. Common Pass is being developed by the World Economic Forum, which has called for using the pandemic as an opportunity to enact ‘The Great Reset’.

According to the WEF’s Karl Schwab, this will ultimately lead to an implantable microchip that will be able to read people’s thoughts, allowing authorities to check for criminal intent (yes, really).

“With the world coming closer to coronavirus vaccines and negative tests also becoming requirements for lifting travelers from self-quarantines in countries across the world, airlines are feeling the need for an effective system to screen passengers for vaccinations and tests,” Chung said.

When asked whether they would commit to a similar system, airlines in the U.S. were more reluctant, with American Airlines and Delta saying it was too early to say and a spokesman for Southwest saying the company “will continue monitoring public health information from the CDC, the latest scientific research, and insights from our internal and external experts to guide our operational policies as we work to support the well-being of our customers and employees during the COVID-19 pandemic.”

As we previously reported, Qantas CEO Alan Joyce indicated his company will require passengers to take the shot before they are allowed to fly.

“We are looking at changing our terms and conditions to say, for international travelers, that we will ask people to have a vaccination before they can get on the aircraft,” he said.

However, there are some signs that the vaccine may not be required given the financial state of the airline industry and the fact that large numbers of people will refuse to take the shot.

“It would prevent people who are refusing (the vaccine) from traveling,” he said, adding, “Systematic testing is even more critical to reopen borders than the vaccine.”

Video: Biden Tells Americans It Is Their ‘Patriotic Responsibility’ To Mask Up