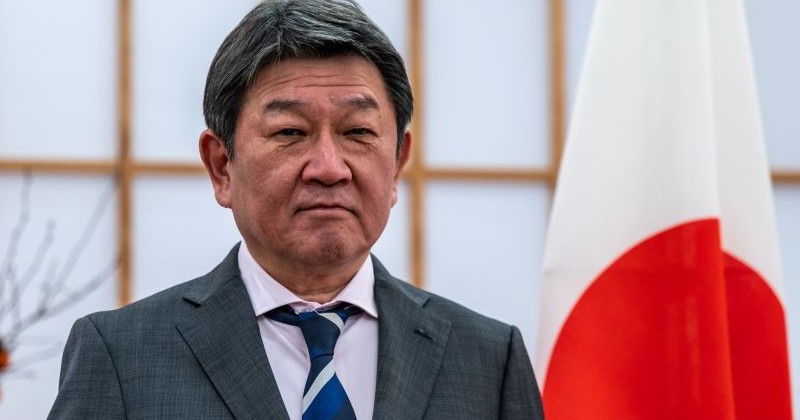 The Japanese foreign minister has announced a plan to “transform Japan into a diversified multiethnic society” by encouraging mass immigration and giving foreign residents the right to vote.

Toshimitsu Motegi is a politician for the Liberal Democratic Party (LDP) and has served as the country’s Minister for Foreign Affairs since September 2019.

During a Q and A session, Motegi said his “national vision” meant “transforming Japan in the 21st century into a “diversified multiethnic society” by way of mass immigration from all over the world.

This would also be achieved by codifying English as the country’s second language and giving “suffrage to resident foreigners.”

Japan is 98.1 per cent ethnically Japanese, with the next most populous ethnicity being Chinese at just 0.5 per cent.

Foreign Minister Motegi (LDP) in his policy proposals on the vision of a future Japan…
"We will transform Japan in to a diverse multiethnic society."
"We will give foreign residents within Japan the right to vote."
"We will make English our second official language" pic.twitter.com/9fJqdjhMqn

The country has an extremely low crime rate and terrorism is very rare. Back in 2017, at the height of the refugee crisis, it was revealed that Japan had refused 99% of refugees, having accepted just 28 in 2016.

Back in 2018, leftists in the U.S. began demanding that Japan embrace multiculturalism because a half-Japanese tennis player with a Haitian-American father won the US Open.

In an article entitled Japan Needs ‘Foreigner Blood’ Like Naomi Osaka’s, the Daily Beast’s Jake Adelstein acknowledged that limited immigration, ethnically homogenous Japan has a low crime rate and that shootings remain in the single digits every year, but claimed this is due to strong policing and gun control laws.

Asserting that “xenophobia runs deep” in Japan, Adelstein urged the country to “create the multiracial society it needs to survive and thrive as a nation” due to its declining birth rates.

“With a dwindling population but a slightly increasing number of international marriages, Japan has to decide how to combat racism, embrace multiculturalism and tolerance if it wants to survive,” he concluded, drawing attention to a UN migration plan that suggests in order to keep the size of the working-age population constant, Japan “would need 33.5 million immigrants from 1995 through 2050.”

The Japanese people are largely opposed to mass immigration, displaying hostility even towards Chinese migrants despite the fact they make up a small fraction of the population.

If Motegi gets his way, they may be about to discover for themselves whether or not diversity is a “strength.”