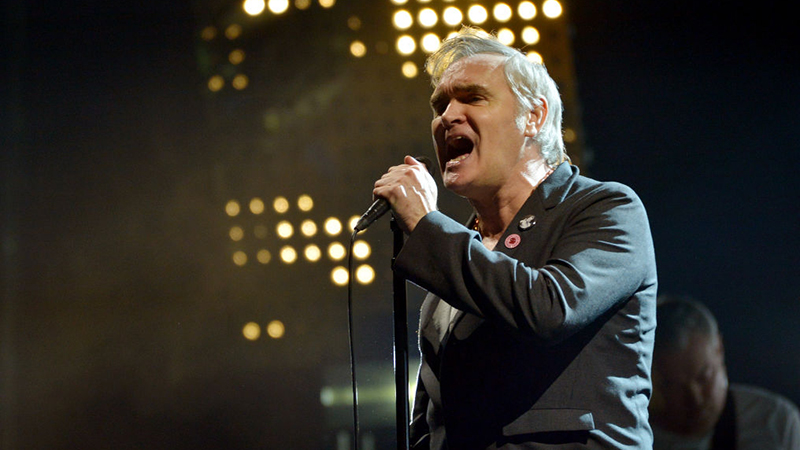 British rock legend Morrissey has been unceremoniously dumped by his record label, with the singer claiming the company has “new plans for ‘diversity’” instead of continuing to work with him.

Morrissey has more recently been vocal in his opposition to ‘woke’ political correctness, and has voiced support for issues like Brexit, much to the annoyance of leftists.

There is little doubt that the move by BMG Records, which is for the most owned by Sony Corporation, is a response to Morrissey’s political views.

The company can certainly not have any complaints about Morrissey’s records sales, given that his last album reached number one in several countries, while hitting number 3 in the UK, and number 18 in the USA.

The lyrical content of the album, titled ‘I AM NOT A DOG ON A CHAIN’, however, probably did irk woke record execs.

In a statement on his website, Morrissey announced that all “projected BMG Morrissey releases/reissues have been scrapped.”

“BMG Records have dropped Morrissey,” the post read, adding “BMG have appointed a new Executive who does not want another Morrissey album.”

“Instead, the new BMG Executive has announced new plans for ‘diversity’ within BMG’s artist roster, and all projected BMG Morrissey releases/reissues have been scrapped,” the statement continues.

The singer, who has also just released an archival recording featuring David Bowie, noted that “This news is perfectly in keeping with the relentless galvanic horror of 2020,” adding “We would be critically insane to expect anything positive.”

“My three albums with BMG have been the best of my career, and I stand by them till death,” Morrissey added.

“Recording them has been a pivotal period in my life, and I thank the previous BMG team and everyone involved for that. It’s still important to me to do music my own way, and I wouldn’t want to be on a label that dictates so specifically how their artists should behave – especially when the word ‘talent’ is notably never mentioned,” he further urged.

BMG UK president Alistair Norbury was quoted as saying that “There are too many cases of successful artists languishing at labels who are no longer interested in them.”

“BMG has released three exceptional Top 10 albums from Morrissey over the last three years. This includes some of the best works of his career. The deal for the three albums is now over,” the company further told reporters.

A year ago, the former Smiths singer offended the outrage mob by asserting that diversity is not a strength because “everyone has ideas that will never correspond”.

“British mainstream media is now so politically correct that basic truth is actually impossible, and although it is obsessed with promoting social diversity they will not accept diverse opinion,” he also asserted last year.

He also stated “If borders are such terrible things then why did they ever exist in the first place? Borders bring order.”

Responding to accusations of racism over previous comments about islamic extremism, Morrissey responded “If you call someone racist in modern Britain you are telling them that you have run out of words. You are shutting the debate down and running off. The word is meaningless now.”

For the last decade, Morrissey has sought to undermine the sacred cows of the progressive left, which is why he is relentlessly attacked by the media.

But he remains one of a rare breed of music industry celebrities who these days is virtually extinct – an authentic individual who refuses to self-censor to please the authoritarian hate mobs that control popular culture.

The left has tried to cancel Morrissey on numerous occasions. Back in May, a rail company in Liverpool, UK said it would remove posters advertising Morrissey’s new album across its network because one offended idiot complained.

However, Moz’s fanbase is so loyal and his legacy so etched in popular music history that he can never be toppled.

The Truth About the Dahmer Netflix Show

The Jeffrey Dahmer Netflix series has taken artistic license to another level.

Seemingly as part of an effort to satiate the woke mob.

Nostalgia? Or ingrained perpetual adolescence for the manchild market?

Why Didn’t This Video Go Viral?

If only talent translated to virtue 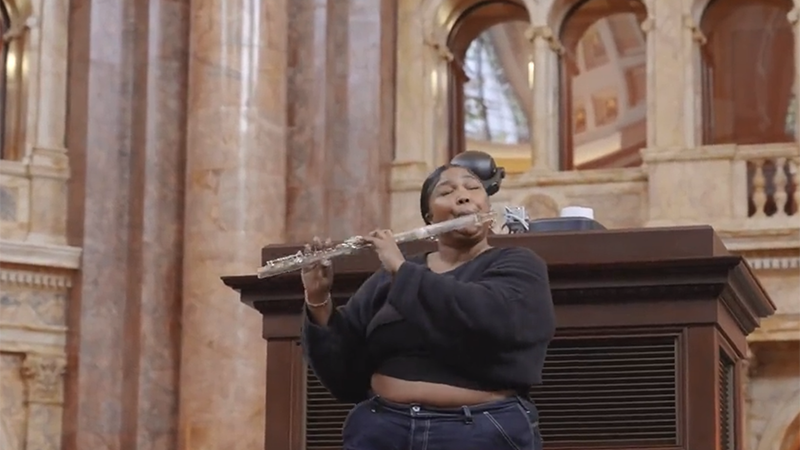 This says everything about the world we live in.

The Library of Congress decided in its infinite wisdom to loan a flute owned by founding father James Madison to the pop star Lizzo, making her the only person to ever be allowed to play the instrument, which dates from 1813.

How was this presented to the public?

The flute was transported to Lizzo’s DC concert, where she proceeded to parade around with barely anything on, twerking and gyrating her morbidly obese behind while blowing into the flute.

It’s worse than the movie Idiocracy.

But that’s not the entire story.

The museum had invited Lizzo to come and play the instrument, because, although it may come as a shock, she can actually play the flute and is talented at it.

Lizzo did visit the Library, and did play the instrument, with clothes on and without shaking her ass around.

Because having actual talent and engaging in real culture is discouraged in favour of dumbed down degrading ass shaking clown shows.