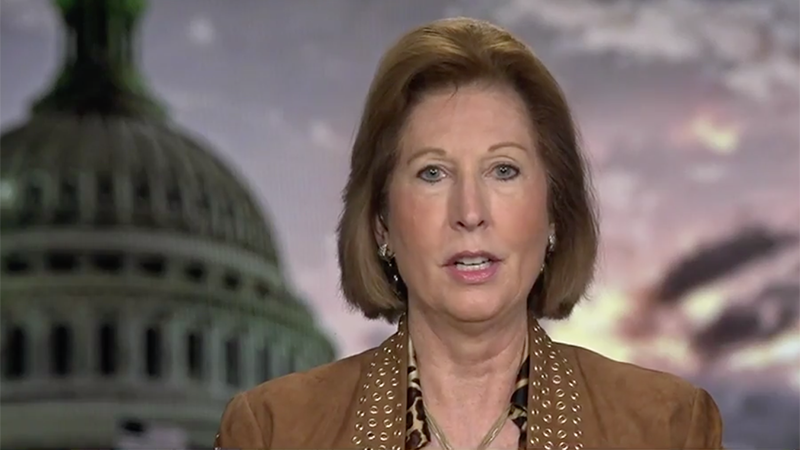 President Trump’s lawyer Sidney Powell made bombshell claims in a Sunday interview, claiming that the campaign has uncovered hard evidence of machines switching votes from Trump to Biden in multiple states.

Speaking to Fox News, Powell declared that “We’re getting ready to overturn election results in multiple states,” adding that “I don’t make comments without having the evidence to back it up.”

Powell, a former federal prosecutor, said that a whistleblower has emerged with evidence that software in voting machines was ‘rigged’.

“We have so much evidence, I feel like it’s coming in through a fire hose,” Powell proclaimed.

“They can stick a thumb drive in the [voting] machine, they can upload software to it even from the Internet … from Germany or Venezuela even,” she said, adding that those behind it “can watch votes in real-time” and “can shift votes in real-time,” or even “remote access anything.”

Powell inferred that the software was used to switch votes for Trump to Biden, noting “We’ve identified mathematically the exact algorithm they’ve used—and planned to use from the beginning.”

Powell noted that the claims are not new, and that leading Democrats have also investigated rigging of Dominion Voting Systems, Election Systems & Software, and Hart InterCivic.

“(W)e have concerns about the spread and effect of private equity investment in many sectors of the economy, including the election technology industry—an integral part of our nation’s democratic process,” wrote the Democrats in letters to the manufacturers only approximately one year ago.

“These problems threaten the integrity of our elections and demonstrate the importance of election systems that are strong, durable, and not vulnerable to attack,” the Democrats added at the time.

Dominion has categorically denied that its machines are capable of being rigged.

“Dominion Voting Systems categorically denies any claims about any vote switching or alleged software issues with our voting systems,” a  statement read.

“Our systems continue to reliably and accurately count ballots, and state and local election authorities have publicly confirmed the integrity of the process,” the company added.

In a further interview Sunday, Rudy Guiliani also detailed the mounting evidence of election fraud, going so far as to say there have already been enough illegal ballots identified to swing states back to Trump: