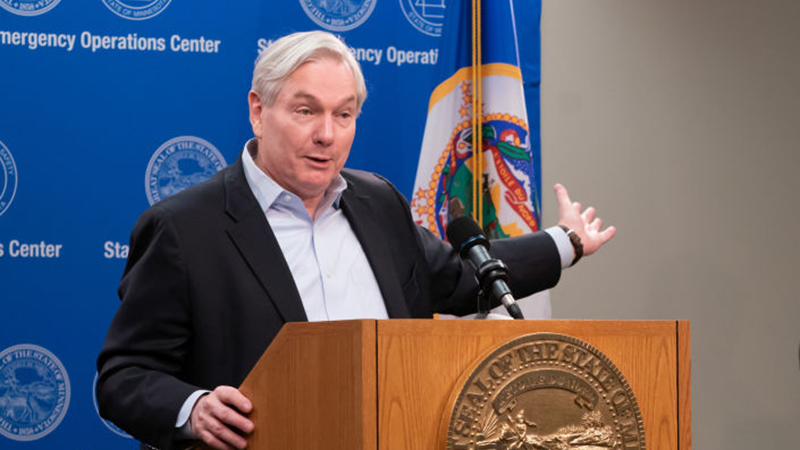 If he is elected, Joe Biden has promised to shut down the country again should ‘experts’ recommend him to do so, and that is exactly what one of Biden’s ‘scientific’ advisors is asking for.

Dr. Michael Osterholm, director of the Center of Infectious Disease Research and Policy at the University of Minnesota, has joined Biden’s “special coronavirus transition advisory team.”

Osterholm told reporters Wednesday that he believes there should be a nation-wide lockdown for four to six weeks in order to effectively manage the number of new cases and hospitalizations from coronavirus.

“We could pay for a package right now to cover all of the wages, lost wages for individual workers for losses to small companies to medium-sized companies or city, state, county governments,” Osterholm said.

“We could do all of that,” he said.“If we did that, then we could lockdown for four-to-six weeks,” he added.

Osterholm has repeatedly called for lockdowns, and for stricter measures to ensure they are properly enforced.

“The problem with the March-to-May lockdown was that it was not uniformly stringent across the country. For example, Minnesota deemed 78 percent of its workers essential,” Osterholm co-wrote in the New York Times.

“To be effective, the lockdown has to be as comprehensive and strict as possible,” the piece urged.

As strict as possible presumably means forcing people to stay in their homes as European countries like Spain and France did earlier this year. Anyone travelling or just out on the street was required to have papers giving them permission to do so.

There is no scientific evidence that lockdowns bring down the number of cases or deaths from the virus. Indeed, the World Health Organisation has urged countries not to rely on such measures.

Unfortunately this provides the likes of Osterholm with an excuse to argue that lockdowns must be enforced with an iron fist.

Joe Biden has repeatedly signalled that he will gladly do just that:

“I would shut it down. I would listen to the scientists.”

Joe Biden tells @DavidMuir in an exclusive interview that as president, he would shut the country down to stop the spread of COVID-19 if the move was recommended by scientists. https://t.co/T9rJgTWcDN pic.twitter.com/bapv7Rui6U

‘Hitler Is Smiling Up At Cuomo’: NY Governor Slammed Over ‘Gestapo’ Covid Restrictions