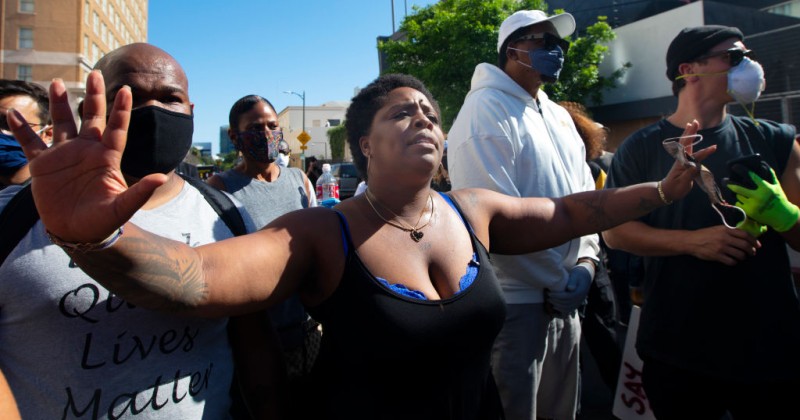 Black Lives Matter leader Patrisse Cullors has demanded a meeting with Joe Biden, asserting that if Biden is elected president he must ‘prioritize’ the BLM agenda.

“Without the resounding support of Black people, we would be saddled with a very different electoral outcome. In short, Black people won this election,” wrote Cullors, despite the fact that BLM didn’t explicitly endorse any candidate.

Demanding a meeting with Biden to “discuss the expectations that we have for your administration and the commitments that must be made to Black people,” Cullors made it clear that BLM wouldn’t take no for an answer when it comes to giving them influence within a Biden administration.

“We want something for our vote,” wrote Cullors, adding, “We want to be heard and our agenda to be prioritized.”

Claiming that the United States was built on the “subjugation” of black people, the far-left activist demanded a “well-thought out, community-driven, fully resourced agenda that addresses the particular challenges faced by Black people.”

Only after they noticed it had started to hurt them in the polls did the Democratic Party denounce BLM-orchestrated rioting and looting that had been tearing U.S. cities apart for months in the aftermath of the death of George Floyd.

As has been pointed out many times before, BLM’s agenda isn’t merely “justice” for black people, it’s the systematic destruction of capitalism and the western way of life.

Cullors herself has repeatedly cited her inspiration as none other than Assata Shakur, a convicted cop killer who is on the FBI’s ‘Most Wanted Terrorists’ list.

She was also the protégé of communist-supporting domestic terrorist Eric Mann.

If Biden does take the White House and cave to the Black Lives Matter agenda, he will be sacrificing America in the process.

Former Clinton Official.: Trump Still Has a 20% Chance of Winning 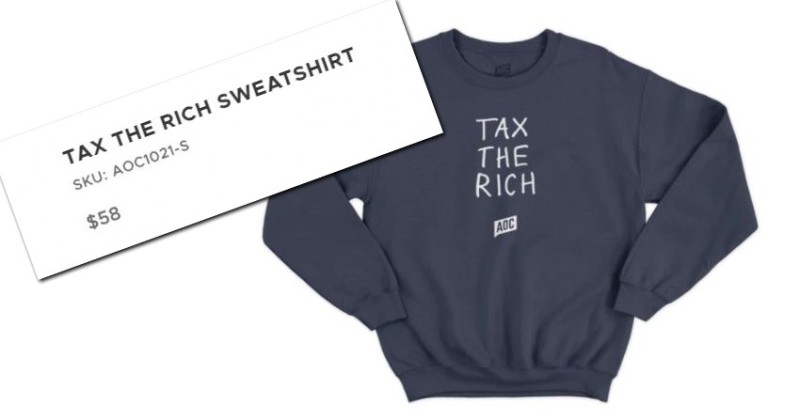 Rep. Alexandria Ocasio-Cortez faced embarrassment after she promoted ‘Tax the Rich’ sweatshirts that cost upwards of $58 in addition to ‘Green New Deal’ clothing that is made from environmentally unfriendly materials.

The firebrand Socialist who constantly slams the excesses of capitalism announced that pre-orders were open for her new merch, which included another design that says ‘Drink Water & Don’t Be Racist’.

However, AOC’s ‘Tax the Rich’ swag is so expensive that anyone who isn’t rich would find the price tag eye-popping – a minimum of $58 which could then rise to beyond $65 depending on sales tax.

AOC is selling $65 dollar sweatshirts that say “tax the rich” that only rich ppl can afford. Should just say “Tax Me.” pic.twitter.com/UhiNckLkWP

Similar sweatshirts could be found on Amazon for less than half the price, although one of AOC’s selling points is that her merch is “made in the US with dignified, union jobs paying living wages.”

Tax the Rich sweatshirt from @Amazon: as low as $29.99 with free shipping.https://t.co/EKTFFBwzfr pic.twitter.com/VlwsdugFwv

Ethical consistency seems to be lacking when it comes to clothing that promotes her environmental ‘Green New Deal’ however, after it was revealed that it is made of polyester, a non-renewable petroleum-based fibre.

There is no end to the ironies for sale in the @AOC store. #GreenNewDeal pic.twitter.com/HUQxDcIOlx

“At $58.00 for a sweatshirt, you’re not taxing the rich, you’re overcharging the stupid,” commented one respondent.

AOC recently called for the government to pay people to stay at home. That’s going to be one hell of a welfare bill if she also expects those people to buy her clothing line.

I talk to Candace Owens about her lawsuit against the fact checkers, the latest on coronavirus lockdowns and more.

Dominion Voting Systems has financial ties to the Chinese government, according to filings 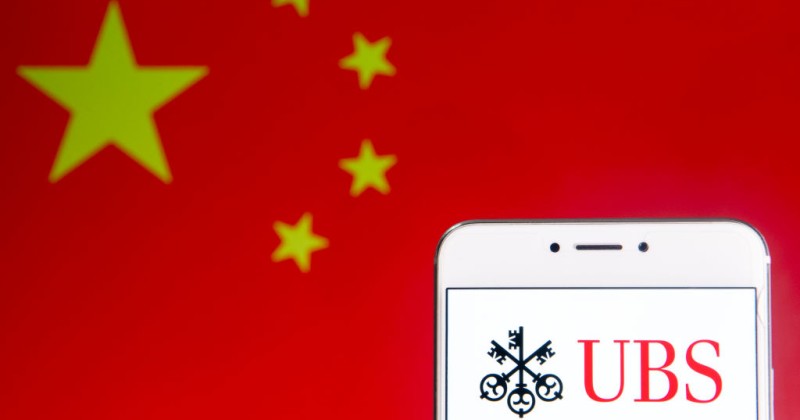 An investigation into SEC filings has revealed that the firm which owns Dominion Voting Systems received $400 million dollars from a Swiss bank with close links to the Chinese government less than a month before the election.

The investigation centers on Staple Street Capital, which acquired Dominion Voting Systems in 2018.

Dominion Voting Systems operates voting machines in 28 states and has been accused by President Trump and his supporters of being involved in deleting millions of votes for Trump in addition to switching votes to Biden on election night.

“On Oct 8, 2020, Staple Street Capital filed SEC Form D offerings and sales amount of $400,000,000 with the Sales Compensation Recipient identified as UBS Securities,” states the investigation, which also notes that another payment of $200,000,000 was received in December 2014.

The overall owners of UBS Securities Co LTD are;

Aside from UBS, the other four owners of UBS Securities are all Communist Chinese front groups.

COFCO Group is a state owned enterprise under the direct supervision of the SASAC.

The revelation that Dominion Voting Systems has financial ties to the Chinese government via UBS Securities will bolster claims by Trump supporters that foreign actors working on behalf of Communist China may have sought to meddle in the presidential election to help Joe Biden.

Other connections between Dominion Voting Systems and the Chinese government have also emerged in recent weeks, including the company’s Core Infrastructure Manager of Information Technology, Andy Huang, who previously worked for China Telecom, which is “wholly run by the Chinese government,” reported the National Pulse.

Editor’s Note: A previous version of this article incorrectly credited a particular research firm for performing this investigation. That information was erroneous, and this article has been updated to correct that. We apologize for the confusion.