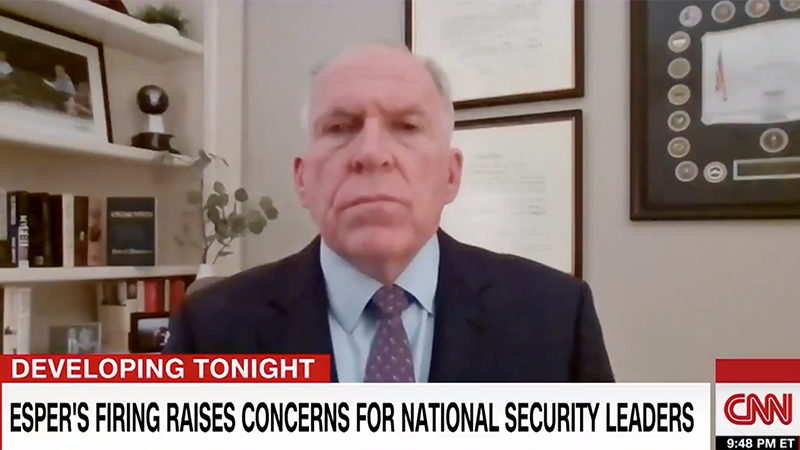 John Brennan, the former CIA head under the Obama administration, has called for President Trump to be removed now, saying he is capable of ‘lashing out’ and releasing information that could endanger America.

Speaking on CNN, Brennan essentially called for a coup, reasoning that Trump could declassify and release all the data relating to Russiagate, the 2016 election, and the deep state’s efforts to delegitimise his presidency.

“I’m very concerned what he might do in his remaining 70 days in office,” Brennan told Chris Cuomo.

Brennan then called for the vie president to seize power.

“If Vice President Pence and the cabinet had an ounce of fortitude and spine and patriotism, I think they would seriously consider invoking the 25th Amendment and pushing Donald Trump out because he is just very unpredictable now,” Brennan declared.

Pres. Trump is "like a cornered cat…he's going to lash out and the fact…that he has the powers of the presidency in his hands is quite worrisome."

Former CIA dir. John Brennan calls on VP Pence and the cabinet to invoke the 25th Amendment and strip Pres. Trump of his powers. pic.twitter.com/CyqFoSIoux

Brennan also intimated that a purge of officials at the Pentagon, is part of some diabolical plot by Trump.

“If (Secretary of Defense) Mark Esper has been pushed aside because he is not listening to Donald Trump, carrying out these orders, who knows what his successor, this acting secretary Chris Miller’s going to do if Donald Trump does give some type of order that really is counter to what I think our national security interests need to be,” Brennan said.

Pentagon finally confirms near total decapitation of civilian leadership in the last 24 hours. Secretary of Defense Esper fired Monday, the top Pentagon Policy official, top Defense Department intelligence official, and chief of staff to the Defense Secretary all out today

Following the alleged voter fraud in key swing states, those close to Trump suggested that he could go ‘nuclear’ and declassify sensitive material to ensure ‘bad actors’ are held accountable:

Brennan’s beef with Trump is more than merely political posturing however, given that the President personally revoked Brennan’s security clearance after the Obama CIA head repeatedly suggested Trump was guilty of ‘collusion’ with Russia.

Brennan is a deep state operative that has sought to delegitimise Trump’s Presidency at every opportunity.

McConnell To Dems: ‘Don’t Lecture Us On Refusing To Accept An Election’

Corporate press may take the side of literal puppy torturers. 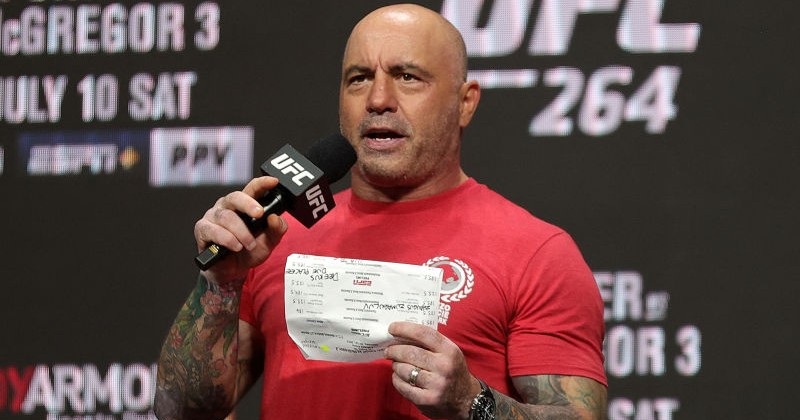 Podcast giant Joe Rogan is set to take Dr. Anthony Fauci to task over his link to disgusting NIH-funded experiments performed on beagle puppies that were locked in cages and infected with with disease-causing parasites.

An investigation by the White Coat Waste Project found that Fauci’s division of the National Institutes of Health “shipped part of a $375,800 grant to a lab in Tunisia to drug beagles and lock their heads in mesh cages filled with hungry sand flies so that the insects could eat them alive.”

“They also locked beagles alone in cages in the desert overnight for nine consecutive nights to use them as bait to attract infectious sand flies,” the group asserts.

According to the report, the dogs even had their vocal chords severed so they wouldn’t annoy the researchers and couldn’t cry out in pain by barking.

Over the weekend, Rogan tweeted out a link to an article explaining how legislators are demanding a response from Fauci on the “cruel” experiments.

Expect the media to once again launch a coordinated smear campaign against Rogan for him having the temerity to challenge Fauci, who has been elevated to the status of deity by the establishment.

Taking the side of literal puppy torturers will be a challenging position to take, but no doubt the corporate press will do so anyway.

Over the last few weeks, Rogan has been at war with CNN after the network falsely claimed he had a taken a “horse dewormer” to battle COVID.

In reality, Ivermectin is widely used in humans and was prescribed to Rogan by a qualified doctor.

As we previously highlighted, CNN refused to apologize to Rogan and doubled down on their idiocy, leading Rogan to call host Don Lemon a “dumb motherfucker.”

After groping them between his legs 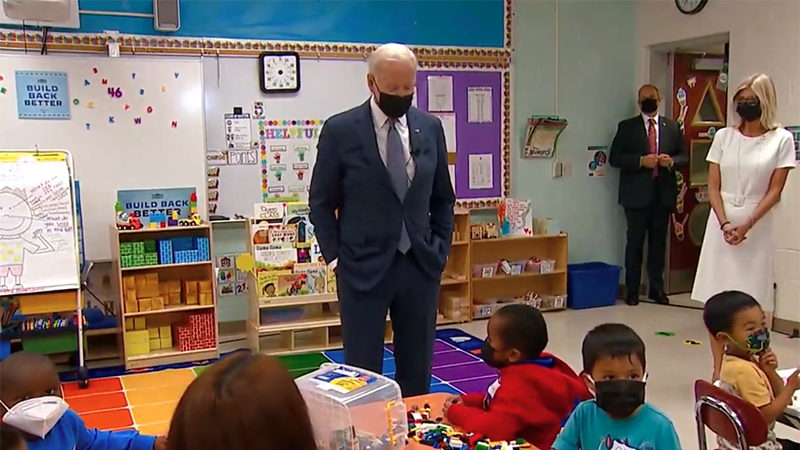 Joe Biden, who has not held a real press conference for over 100 days, spoke to school children in New Jersey Monday and advised them on how they can avoid answering difficult questions just like he does on a daily basis.

Setting a blatantly awful example, Biden told kids at East End Elementary School in Plainfield “When you’re president, see all these people here? They’re with you all the time, they get to ask you all kinds of questions and you try to figure out how you’re gonna avoid answering them.”

Biden walked aimlessly around the classroom, creepily touching the children. At one point he caused a kid’s lego tower to collapse, which didn’t go unnoticed by critics, given that Biden’s presence was to promote his massive infrastructure spending bill.

“That was my fault,” Biden admitted after the Lego structure toppled over, adding “I made you look up.”

Of course they looked up Joe, you were basically groping the kids between your legs: 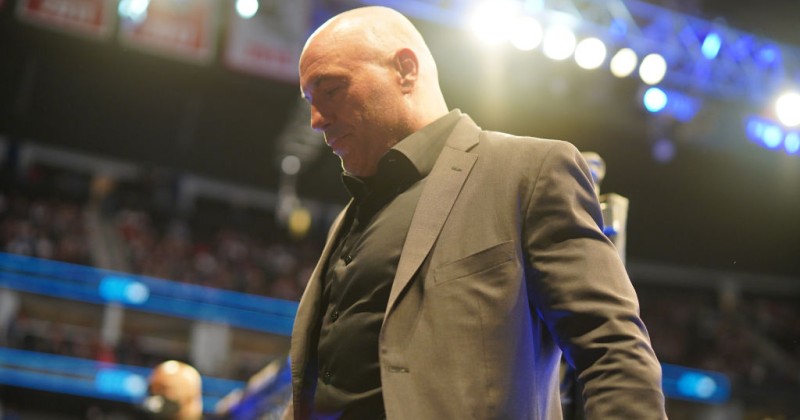 CNN has refused to apologize to Joe Rogan after falsely claiming the podcast host took “horse dewormer,” claiming that its erroneous reporting did nothing more than ‘bruise’ Rogan’s ego.

After Rogan became ill with COVID last month, “multiple doctors” told him to take Ivermectin, which is FDA-approved as an antiparasitic agent.

When Rogan recovered within three days, CNN launched a smear campaign claiming he took “horse dewormer” and that he was spreading dangerous misinformation about COVID.

He then had CNN’s Dr. Sanjay Gupta on as a guest and was successful in convincing a flailing Gupta to admit CNN had got it wrong.

“It’s a lie on a news network … that’s a lie that they’re conscious of. It’s not a mistake,” said Rogan.

“They shouldn’t have said it was horse” dewormer,” acknowledged Gupta.

However, despite admitting its error, CNN has doubled down and lashed out at Rogan once again.

“The only thing CNN did wrong here was bruise the ego of a popular podcaster who pushed dangerous conspiracy theories and risked the lives of millions of people in doing so,” CNN said in a statement.

Other news agencies have been forced to apologize after putting out misinformation concerning Ivermectin, but CNN isn’t following suit.

As we previously highlighted, the Associated Press was forced to issue a correction after it falsely claimed that 70 per cent of calls to the Mississippi Poison Control Center were about people ingesting ivermectin to treat COVID-19.

Given that CNN refuses to correct the record, Rogan should make good on his threat and sue the network for a lot of money.