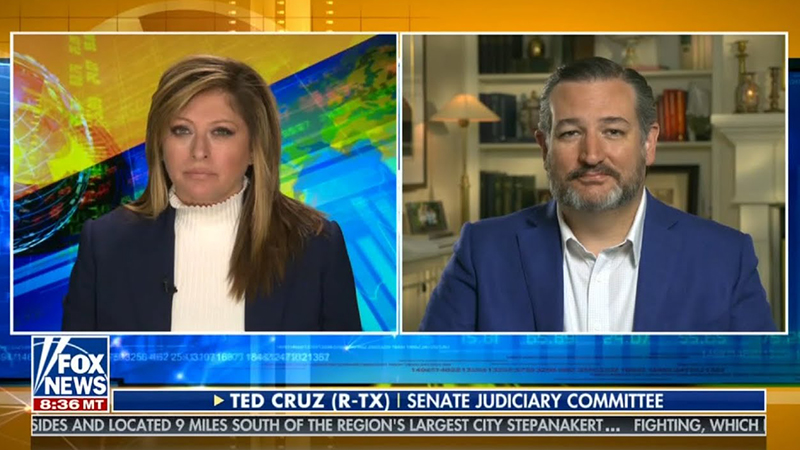 With a Senate runoff in Georgia potentially determining which party takes control, GOP Senator Ted Cruz warned that if the state falls to Democrats, along with the Presidency, Americans will face a “socialist abyss”.

In an appearance on Fox News, which has already called the presidency for Joe Biden much to the disgust of many Republicans, Cruz demanded that the rule of law be followed.

“At this point, we do not know who has prevailed in the election,” the Senator said, emphasising that “The media is desperately trying to get everyone to coronate Joe Biden as the next president, but that’s not how it works.”

“We’ve got numerous states that are very closely and vigorously contested — from Pennsylvania to Georgia to Arizona to New Mexico to Michigan to Wisconsin. In all of those states, there are serious disputes about the vote totals, and there’s a legal process to resolve those disputes,” Cruz declared.

“So at this point, we should allow the rule of law to operate. We should allow the legal process to move forward. And when that process is concluded, which it will be in a matter of weeks, we will know who prevailed in the elections,” Cruz added.

The Senator then warned of a scenario in which the Senate and the Presidency could fall to the Democratic Party.

“If we have a Chuck Schumer Senate and a Joe Biden presidency, they will pack the U.S. Supreme Court; they will end the filibuster; they will pass massive tax increases; they will pass the Green New Deal, destroying millions of jobs,” Cruz warned.

“If we have a Republican Senate, none of that happens,” he noted.

“If you want a check on Joe Biden, if you don’t want to go over the edge to the socialist abyss, Georgia is the big enchilada,” Cruz proclaimed.

Both Senate seats in Georgia will be contested in a run-off in early January.

The GOP currently holds 48 Senate seats, with Democrats on 46, in addition to two independents who are aligned with Democrats. The GOP leads in two states that are still counting votes, in North Carolina and Alaska.

With a majority of 51 seats needed to control the Senate, this means that Georgia is the key, with strategists estimating that $500 million could be spent on the two races there.

There has not been a Democratic Senator in the state for 20 years.

Senate Democratic leader Chuck Schumer told a crowd in New York over that weekend “Now we take Georgia, and then we change America”: