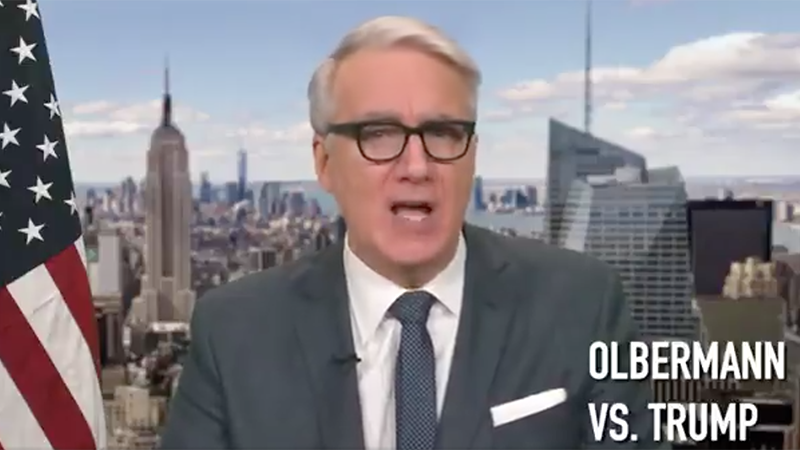 In a venom filled online rant, Keith Olbermann called for President Trump to be dragged out of the White House immediately in handcuffs.

“TRUMP HAS LOST HIS MIND AND MUST BE REMOVED, TONIGHT,” Olbermann tweeted, along with the video of him ranting on his online program literally titled Olbermann vs Trump.

“The coup attempt, we can survive. A mentally incompetent president, we may not. Instead, he will stay, and when he concedes he will simultaneously begin a campaign for 2024.” Olbermann stated.

Here is the full 10 minute mental breakdown, for those who can stomach it:

President Trump vowed last night to take the matter of election theft to the highest court in the land, noting “We think there’ll be a lot of litigation, because we cannot have an election stolen like this.”

Once a respected newsreader who espoused nuanced positions including opposition to illegal invasions in the Middle East, Olbermann is now completely unhinged, engaging in endless ‘orange man bad’ rants.

Last month Olbermann said Trump should be executed over the handling of the coronavirus:

Keith Olbermann calls for Trump to get the death penalty, one for every COVID death. Unhinged. pic.twitter.com/8JbY0pPu7p

Says Trump supporters are a ‘danger to our way of life’ 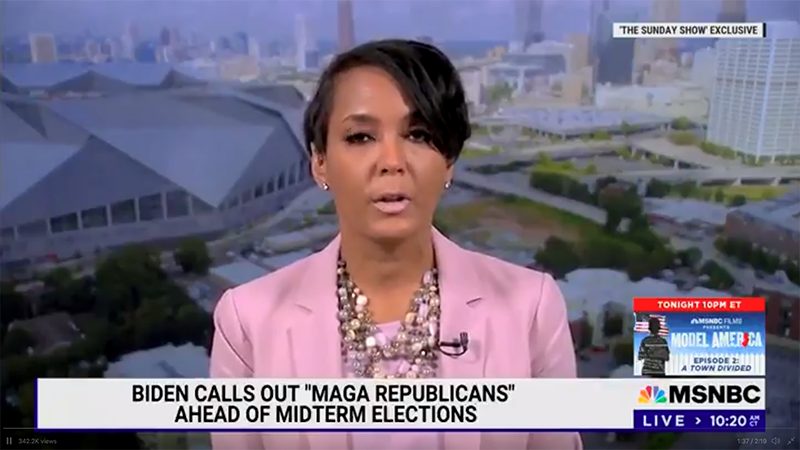 A senior Biden advisor declared Sunday that it is “important to call out” MAGA conservatives as people who “essentially want to destroy the United States of America.”

Keisha Lance Bottoms, the president’s “senior advisor on public engagement,” made the comments during an interview on MSNBC.

Host Jonathan Capehart asked Bottoms “will folks in the administration between now and the November 8th elections keep hammering away at that phrase? At that imagery?” referring to ‘the MAGA agenda’.

Bottoms responded “What we see, again, with this MAGA Republican agenda, is an effort to disrupt our democracy,” adding “I think it will always be important to call out any effort there is to destroy, essentially, destroy the United States of America.”

She continued, “when you have a MAGA Republican agenda that has no respect for the Constitution, that has no respect for free and fair elections, then it is important for all of us, not just the president, not just me, for all of us to call it out for what it is. It is a danger to our democracy, it is a danger to our way of life.”

Fox News host Harris Faulkner accused Hillary of directing “hate speech” toward conservatives, noting “that kind of talk is so irresponsible. There are things that are going on. We have a justice on the Supreme Court with an assassination attempt in this country.”

The host continued, “comparing things to Hitler and to slavery, why can’t things live in history where they were? They were terrible enough. Do they need to be brought back and be diminished so that we can raise something above it?”