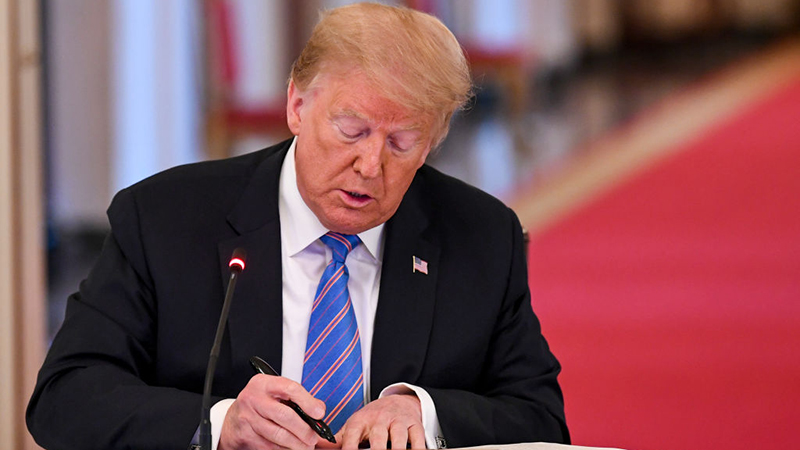 President Trump signed an executive order Monday that will establish his much touted “1776 Commission”, which he vows will counter “toxic propaganda” infiltrating the teaching of American history in schools.

Just signed an order to establish the 1776 Commission. We will stop the radical indoctrination of our students, and restore PATRIOTIC EDUCATION to our schools!

An accompanying press release noted that the commission “will work to improve understanding of the history and the principles of the founding of the United States among our Nation’s rising generations.”

“We will state the truth in full, without apology: We declare that the United States of America is the most just and exceptional Nation ever to exist on Earth,” Trump was quoted as saying in the release.

The EO states that “Despite the virtues and accomplishments of this Nation, many students are now taught in school to hate their own country, and to believe that the men and women who built it were not heroes, but rather villains.”

Trump has previously declared that the initiative is a direct counter to the so called “1619 Project”, pushed by the New York Times, which holds at its core that America was built on the back of slavery.

The President has labelled it a “crusade against American history,” and called the project “toxic propaganda, ideological poison that, if not removed, will dissolve the civic bonds that tie us together” and “destroy our country.”

Trump’s 1776 Commission will now be established within 120 days by the Secretary of Education, and will include up to 20 members “appointed by the president.”

The initiative will seek to aid “a rising generation to understand the history and principles of the founding of the United States in 1776,” according to the EO.

THIS Senile Guy Could Still Be President: A Man Who Introduces His Granddaughter As His DEAD Son