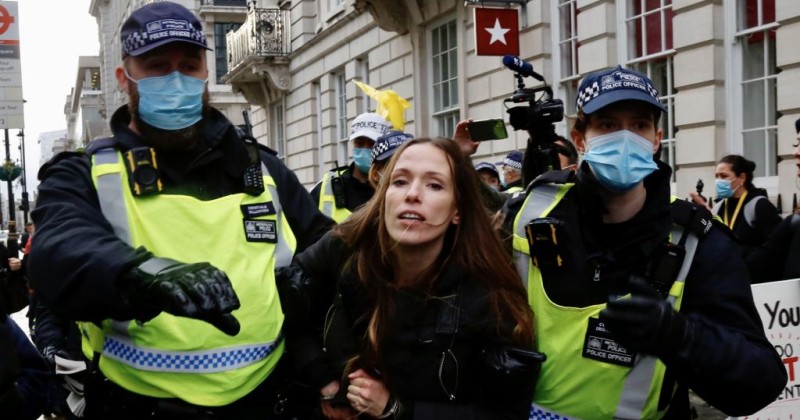 A police chief in the UK has warned that lockdown is a “time bomb” that could eventually explode into riots and mass civil unrest.

The United Kingdom has placed its citizens under different ‘tiers’ of lockdowns depending where they are in the country, although anecdotal evidence suggests there is now mass non-compliance with the rules.

This could force authorities to become more draconian in enforcing the measures, which could in turn spark a violent backlash.

“We’re getting very near the stage where you could see a considerable explosion of frustration and energy,” he added.

“Things are very on the edge in a lot of communities and it wouldn’t take very much to spark off unrest, riots, damage,” warned Jamieson.

The comments were made off the back of another warning – that people who violated the rules by organizing family Christmas gatherings could see their celebrations broken up by police.

The West Midlands is currently under a Tier 2 lockdown, which means that it’s illegal for two separate households to mix indoors, ruining Christmas for many families or at least those who choose to abide by the rules.

The prospect of video footage showing police officers entering homes to break up Christmas family gatherings is only likely to turn the public further against the lockdown, which was introduced under the guise of “getting back to normal” but has now become the new normal.