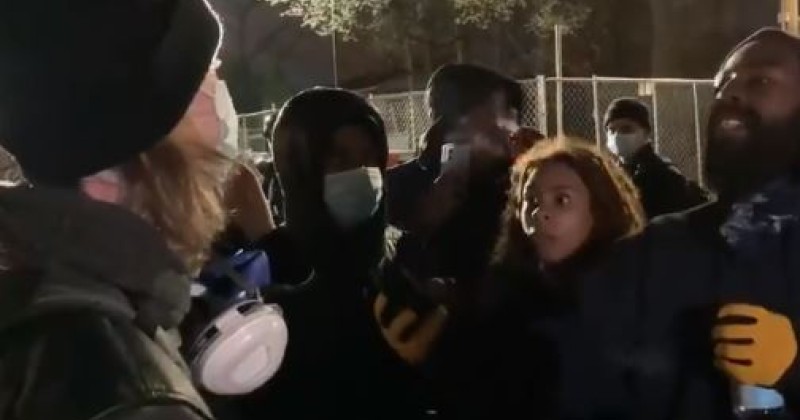 A group of Black Lives Matter protesters were caught on camera telling a white liberal ally, “You’re white! You don’t belong!” before demanding that he leave the area because he asked that other protesters stop throwing objects at the police.

The white protester attempts a feeble comeback but is immediately told, “Shut the fuck up!” once again.

A group of white protesters tell people to stop throwing water bottles at the police. A woman curses them out: “If you can’t be a guest in a black space, get the f— out.” pic.twitter.com/vzAopAgOI9

“I’ma tell you one more time and them I’m not gonna talk to you,” another male BLM protester says. “Go that way, go that way.”

The woman then lectures him again, telling him he is “here for all the wrong motherfucking reasons – get the fuck out!”

The pathetic whitey then leaves, offering no resistance.

According to the Washington Examiner’s Nic Rowan, this confrontation happened “after these kids tried to get other protesters to stop throwing water bottles at the police.”

Great to see BLM doing what they do best once again – enforcing segregation!

A lot of this stuff going on tonight. pic.twitter.com/l4wRnlfCSR

“So the issue has become my affiliation and not the use of funds. Interesting.” 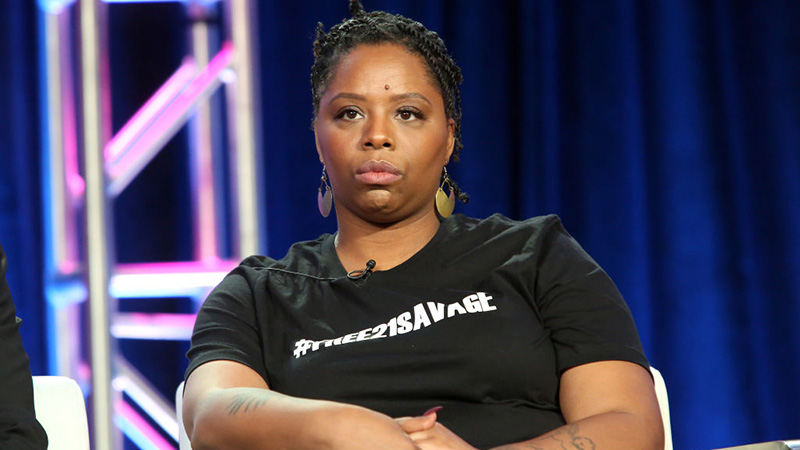 The National Black Lives Matter organisation is threatening legal action against one of its own activists after he called for an independent investigation into how finances are being spent, following revelations concerning co-founder Patrisse Khan-Cullors’ property spending binge, and further money raking activities.

As we highlighted yesterday, Hawk Newsome, who heads up a Black Lives Matter group in Greater New York City, made the call for an investigation, telling the New York Post “If you go around calling yourself a socialist, you have to ask how much of her own personal money is going to charitable causes.”

Newsome said “black firms and black accountants” should conduct an audit on BLM Global Network Foundation to “find out where the money is going.”

“It’s really sad because it makes people doubt the validity of the movement and overlook the fact that it’s the people that carry this movement,” Newsome added.

After labelling the developments a “false and dangerous story” being pushed by “right wing forces” and “white supremacists”, it has now emerged that BLM is attempting to silence other black activists who are speaking out.

The Daily Caller sought comments from BLM, and the group claimed that Newsome “is not and has never been a part of the official Black Lives Matter organization, but continues to use BLM’s name even after sending him multiple cease and desist letters. Therefore, any mention of him as a leader is not factual.”

BLM’s communications arm further noted that “Only BLM chapters who adhere to BLM’s principles and code of ethics are permitted to use the BLM name.”

Responding to the comments, Newsome said “So the issue has become my affiliation and not the use of funds. Interesting.”

The Daily Caller report also notes that BLM does not own any rights to the name ‘Black Lives Matter’, that the U.S. Patent and Trademark Office routinely rejects applications to trade mark the name, and that Newsome registered his own organization, Black Lives Matter Greater New York, as a business entity in December 2016.

When The Daily Caller presented these facts to the BLM spokesperson, the group began back peddling, noting “We are saying [Newsome] is not affiliated with BLM Global Network Foundation,”

“There may be individuals who include the words ‘Black Lives Matter’ in their organizational names, but they are not affiliated with BLMGNF. Does that make sense?” the spokesperson added.

The case continues to evolve, but it is clear that grassroots activists are now questioning the validity of those at the top of the BLM pyramid.

BLM: Accusations Against Co-Founder Part Of ‘Tradition of Terror By White Supremacists’

Even as other leaders of the organisation call for investigations, group says it’s racist to suggest there is any misappropriation of funds. 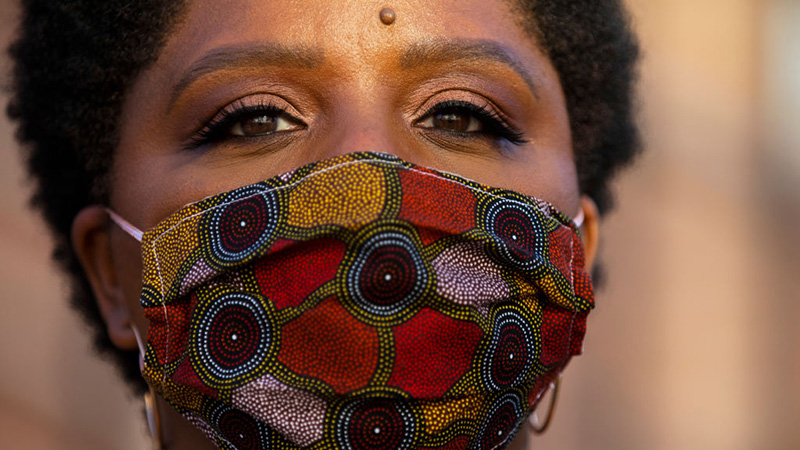 Black Lives Matter issued a statement Tuesday asserting that any accusations of wrongdoing against co-founder Patrisse Khan-Cullors misusing funds are yet another example of white supremacy.

As details continue to emerge of the property spending splurge that the self proclaimed marxist activist has been on, as well as details of yet more grifting activities, and even as other leaders call for investigations, the organisation claimed that the whole thing is a “false and dangerous story” being pushed by “right wing forces” and “white supremacists”.

In other words, they injected race into the issue… again.

“Patrisse’s work for Black people over the years has made her and others who align with the fight for Black liberation targets of racist violence,” the statement claims, adding “The narratives being spread about Patrisse have been generated by right-wing forces intent on reducing the support and influence of a movement that is larger than any one organization.”

“This right-wing offensive not only puts Patrisse, her child and her loved ones in harm’s way, it also continues a tradition of terror by white supremacists against Black activists,” it continues.

Conservative author and commentator Candace Owens reacted to the developments Tuesday, noting that Khan-Cullors’ activities are customary for Marxists, who throughout history have stolen from others to enrich themselves.

“The corporations are standing behind her, which is incredibly interesting,” Owens continued, further noting “She is fearful of white people. Well, why doesn’t she want to live amongst Black people? Why is she choosing to move herself into an all-white neighborhood? Those are important questions.”