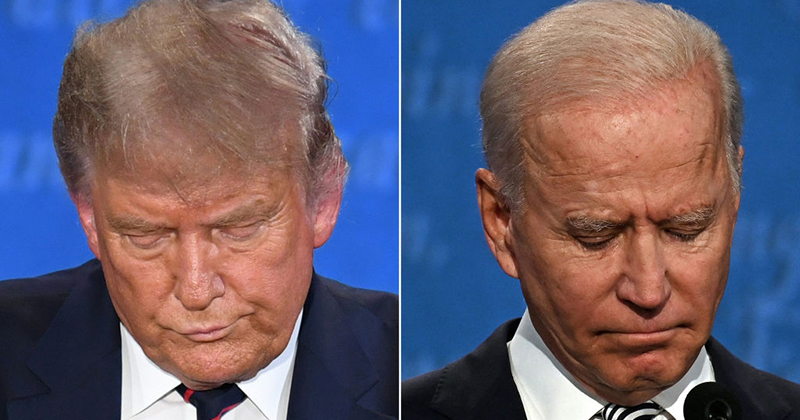 The debate commission announced Monday that it will silence the microphone of the candidate who does not have the floor during the segments at the start of each debate topic, leading critics to argue that the move is designed to help Joe Biden.

The debate commission claims that the rule change will allow for “additional structure”, noting that “The Commission has determined that it is appropriate to adopt measures intended to promote adherence to agreed upon rules and inappropriate to make changes to those rules.”:

Allowing a mute button to be used will no doubt favour Joe Biden, given that Trump is bound to constantly bring up the Ukraine deal scandal, as well as further lurid details about Hunter Biden’s laptop.

New debate rules have been enacted, and the debate moderator has been given a mute button, specifically of course, to silence President Trump.

1. Pathetic. 2. If you're not allowed to interact with your opponent, is it even really a debate anymore? 3. The @debates Commission might as well make it official and join the Biden campaign. https://t.co/lnQQhNOij5

If candidates can be muted on a whim, is it even a “debate” any more?

The Trump campaign responded to the rule change with the following statement, also highlighting how foreign policy has been ridiculously dropped as a topic:

“President Trump is committed to debating Joe Biden regardless of last minute rule changes from the biased commission in their latest attempt to provide advantage to their favored candidate.

This was supposed to be the foreign policy debate, so the President still looks forward to forcing Biden to answer the number one relevant question of whether he’s been compromised by the Communist Party of China.

Why did Biden allow his son Hunter to sell access to him while he was vice president, and why were there Chinese payment arrangements for Joe himself worked out by Hunter and his sketchy partners?

If the media won’t ask Joe Biden these questions, the President will, and there will be no escape for Biden.”

The debate is set to be moderated by Kristen Welker, who has direct ties to the Democrat Party.

Welker appears to have deactivated or deleted her Twitter account after voters raised questions about pro-Democrat partisanship.

President Trump commented on the decision to appoint Welker:

“This chant, I think, has taken on a life of its own because it exposes the dishonesty” 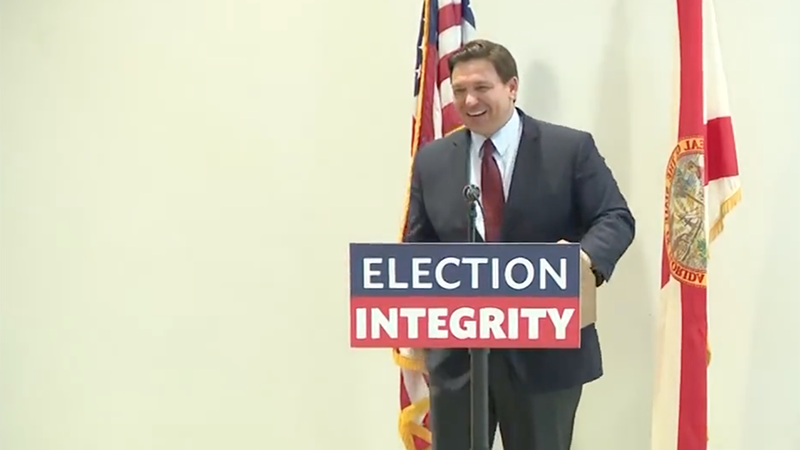 Florida Governor Ron DeSantis prompted a crowd of supporters to break into familiar chants of ‘Let’s Go Brandon’, after he referred to the Biden government as “The Brandon Administration.”

During a speech Wednesday, DeSantis said “If you look at that, if you look at what’s going on with some of the big corporations with their woke agenda, when you look at the Biden, the Brandon administration…”

The comments immediately drew laughter and applause, followed by the chants.

“Do you know how that started?” DeSantis asked, explaining “you have the media, their hand wringing over this, but, you know, it was at a NASCAR race, and they’re doing an interview with a driver, I guess his name was Brandon. And the crowd starts chanting very colorful language about Joe Biden.”

“And it was obvious that [that’s what] they were doing and, you know, it is what it is,” he continued, adding “First of all, they said way worse about Trump for four years. We know that. But so they’re chanting this, and so you have a reporter from NBC, who knows that’s what they’re saying. And she’s trying to cover for Biden, so she says, ‘Yeah, they’re chanting, let’s go, Brandon.’”

“And that was a lie. And it was a lie,” DeSantis urged, adding “And so this chant, I think, has taken on a life of its own because it exposes the dishonesty of these corporate reporters and what they do every day to try to lie. And so now you see it.”