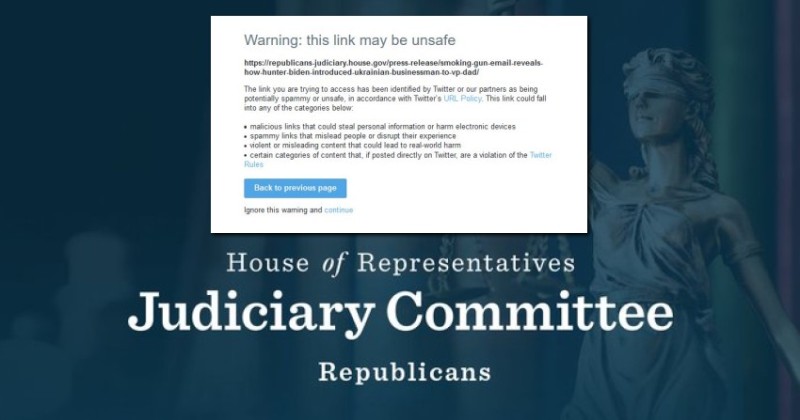 After blocking links to the New York Post story about Joe Biden’s foreign lobbying scandal, Twitter has now followed up by blocking a link to the official Republican Judiciary website at house.gov.

Both Facebook and Twitter prompted a censorship firestorm yesterday after they attempted to censor a New York Post article that claimed Hunter Biden had introduced his father, then-Vice President Joe Biden, to a top executive in a Ukrainian energy firm a year before Biden pressured the government of Ukraine to fire a prosecutor who was investigating the company.

Twitter also locked many prominent users out of their accounts for tweeting links to or screenshots from the article, including media organizations, reporters, celebrities and government organizations.

The social media giant claimed it was enforcing a policy that forbids “hacked materials” from being posted on its site, despite the fact that Hunter Biden’s laptop was legally in the possession of the computer repair shop that had it since Biden didn’t pay for the repair.

Now the company has taken its censorship blitzkrieg one step further by actually blocking a link to the Republican Judiciary website.

Twitter has blocked users from tweeting the link to the @nypost's story on Hunter Biden.

However, when users attempt to click on the link, they are met with a message that reads, “Warning: this link may be unsafe,” before a description that says the article contains “violent or misleading content that could lead to real-world harm.”

Social media giants, acting as front groups for the Democratic Party, are now behaving as if they have more power than the government of the United States.

And to a great extent – partly due to the failure of Republicans to regulate Big Tech monopolies – they do. 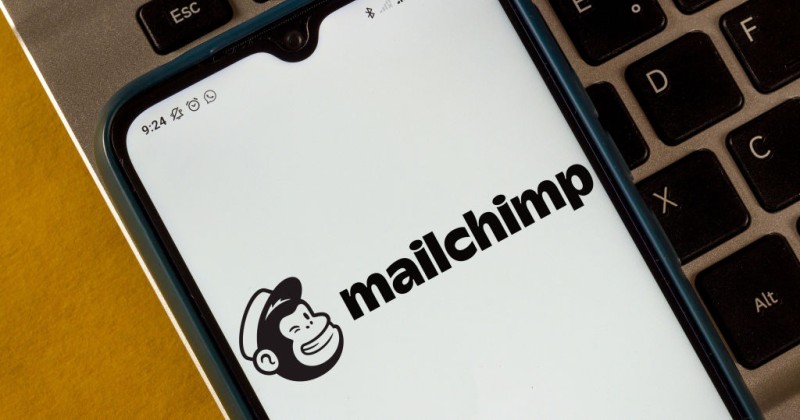 Mailchimp has joined the Big Tech censorship purge by announcing that it will ban users who distribute “misleading” content, a totally arbitrary definition that will undoubtedly be open to partisan abuse.

The mass mailing service has updated its Terms of Service to state that it “does not allow the distribution of content that is, in our sole discretion, materially false, inaccurate, or misleading, in a way that could deceive or confuse others about important events, topics, or circumstances.”

In other words, if a single far-left Mailchimp employee decides they’re offended by your conservative content, they can ban you entirely and flush your carefully built database of followers down the toilet.

Both Press For Truth and SGT Report said their accounts had been deactivated after the TOS change.

“I feel like that’s my data,” said Dicks. “I was using it as a hedge against the coming censorship and they just pulled the plug on me there.”

“The mention of “important” events, etc., and the message around them being protected in this way is shorthand for political issues – but declaring Mailchimp’s right to ban content “in sole discretion” clearly spells out and cements the arbitrariness of it all,” reports Reclaim the Net.

Mailing lists are one of the few platforms that remained open to people banned from other social media networks as a way to stay in contact with their fanbase.

Now those appear to be on the chopping block too.

“We rely upon people calling that speech out” 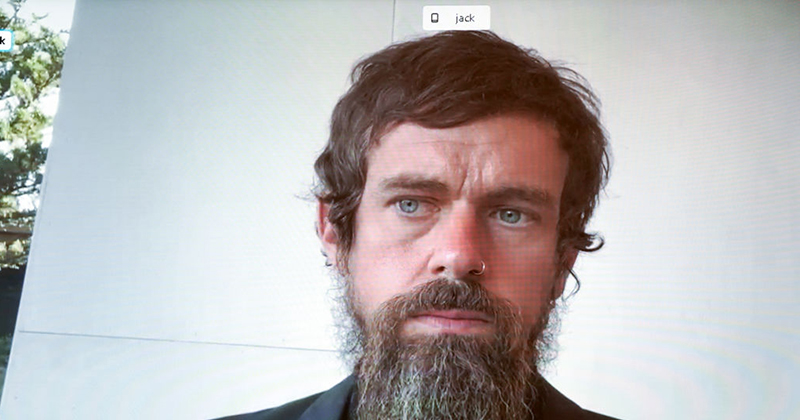 As hearings took place before Congress on Big Tech’s use of Section 230 to censor content, the most interesting revelation came from Twitter CEO Jack Dorsey who seemed to admit that the platform relies on outrage mobs to flag up posts that are then deemed to be ‘misinformation’.

Dorsey made the admission as Senator Rick Scott was questioning him, noting “We don’t have a general policy around misleading information and misinformation… We rely upon people calling that speech out.”

Who yells the loudest gets their way…

If I was a bigger troll, with a bigger following, I'd try to report one of Jack's tweets until it got removed by the algorithm.

While Dorsey admits to the censorship mobs at Twitter, the fact that he recently went on the record with his disapproval infers that he doesn’t have full control over the actions of the platform:

Elsewhere during the hearing, Senator Ted Cruz declared that Twitter, Facebook and Google pose the “single greatest threat to free speech in America and the greatest threat we have to free and fair elections.”

Sen. Ted Cruz: "The three witnesses we have before this committee collectively pose I believe the single greatest threat to free speech in America and the greatest threat we have to free and fair elections." #Section230 pic.twitter.com/MW274kMu1X

Cruz asked Dorsey if he believes Twitter has the ability to influence election outcomes, to which Dorsey replied “no”… an answer Cruz described as “absurd.”

“If you don’t think you have the power to influence elections, why do you block anything?” Cruz asked.

CRUZ: "Does Twitter have the ability to influence elections?"

CRUZ: "If you don't think you have the power to influence elections, why do you block anything?" pic.twitter.com/6N21uxDvjw

“Mr. Dorsey, who the hell elected you?” Ted Cruz says.

Twitter shares taking a hit after that round of questioning 📉https://t.co/YVXYzGhOZo pic.twitter.com/4TLDsgHZ8U

Elsewhere, Dorsey admitted that Twitter has no evidence that the New York Post reports on Hunter Biden were ‘Russian disinformation’, and that they censored them anyway:

“We don’t”: Twitter CEO Jack Dorsey admits they don't have any evidence to say the New York Post Biden story is disinformationhttps://t.co/pCnv4L9doW pic.twitter.com/O4iye3COEo

Dorsey also admitted that under Twitter’s twisted ‘misinformation’ rules, The US President’s tweets can be censored, where as Iran’s ayatollah cannot be prevented from questioning the Holocaust:

After the hearings were over, Rep. Dan Crenshaw (R-TX) slammed Dorsey, calling him a “partisan and a hypocrite,” as well as laying into Democrats, noting that “Not a single Democrat Senator defended free speech or freedom of the press today.”

“This should terrify Americans,” Crenshaw added:

Biggest take away from the big tech hearings:

1) Jack Dorsey is a partisan and a hypocrite.

2) There are no liberals left in the Democrat Party. Not a single Democrat Senator defended free speech or freedom of the press today.

This should terrify Americans.

It appeared that President Trump was also watching the hearings:

Nancy Pelosi’s kid, journalists for censorship, and an army of bedwetters demand action 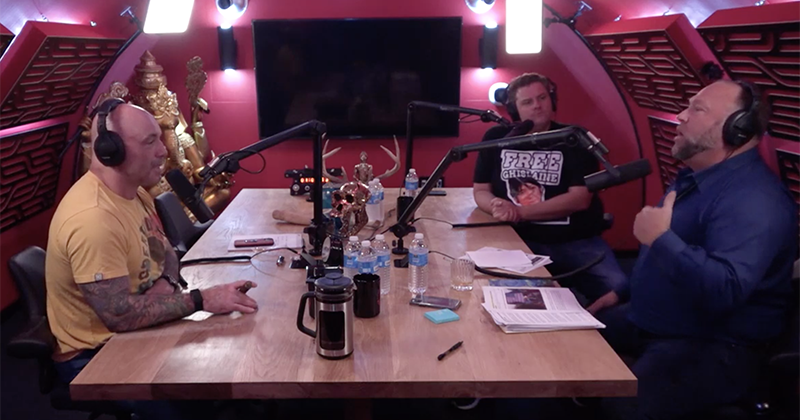 Leftists were triggered Tuesday as Infowars guru Alex Jones was able to appear on a big tech platform without being censored or banned.

Jones was once again a guest on The Joe Rogan Experience, however, it was the first time Jones has appeared since Rogan moved to Spotify, prompting scores of butthurt leftists to immediately begin lobbying the streaming service to take down the episode.

The Independent complained that “Rogan and Jones appeared in a photo that showed them failing to practise social distancing,” before noting that “critics called out Spotify for hosting Jones via the episode when he is supposed to have been banned from the platform.”

Alex Jones posted death threats against me. He called Sandy Hook a hoax and harassed mourning families. Now he is lying about #covid vaccines. His hate speech is not just vile – it’s dangerous. WTH @Spotify? https://t.co/iRXTlrnARW

Pelosi picked up on posts from “free speech activist” Nathan Bernard, who seemed to be exclusively calling for Jones’ and Rogan’s free speech to be shut down:

Joe Rogan says kids are "getting polio from taking vaccines" after Alex Jones spreads conspiracy that Bill Gates is trafficking vaccines that get 100% of people sick.

I am assuming the "free speech activist" in your bio is a joke.

As soon as they heard that Jones was on the podcast, Leftist “reporters” began harassing Spotify demanding to know why Jones isn’t banned

Weirdly Spotify didn’t respond to my question about why Alex Jones’ show is banned from the platform for “hate speech,” but it’s cool for him to appear for 3+ hours on someone else’s show on the platform. https://t.co/mn0sNgIjMA

“Weirdly, no one outside of Twitter gives a fuck what I think.” -Max Tani

Weirdly, imagine your job being to eliminate interesting people from planet earth. https://t.co/8k8BdN1OYW

I'm so sorry this is happening to you.

Their answer would have obviously been "because this isn't Nazi Germany"

Sticks and stones will break my bones but corporations that allow “misinformation” (stuff I don’t like) must be tattled to.

CNN’s resident bed wetter also got in on the act:

Journalists: Lobby to have any original, interesting, fun, authentic person silenced in a culture of insipid, sterile boredom.

Also journalists: "Why does everyone hate us?"

Imagine being so pathetic and boring that you are forced to craft an entire career out of lobbying for all the interesting people to be banned, so your tedious, insipid ass is all that's left.

…and yet still no one is interested in what you have to say.

This needs to be censored immediately

Aside from spewing their usual vitriol against Jones, Soros propaganda arm Media Matters also went after Comedian Tim Dillon, who appeared alongside Jones and Rogan on the podcast, insinuating that he is a racist for expressing disdain over Democrat efforts to defund police.

Other leftists cried to Spotify, threatening to cancel their accounts, along with the hashtag #cancelspotify, which is highly ironic given that a large portion of Jones and Rogan’s conversation centred around cancel culture:

There is a time and place in history where you take a stand with your wallet. This is it.
Cancel your @Spotify Subscription, NOW. https://t.co/LsZ5rOkXfF

Hey @Spotify. I just cancelled my Premium account. If you'd ever like my money back, can it with this shit. https://t.co/B9SlG9WELv

I’ve been a @Spotify user since Rdio went the way of the Buffalo, and @replyall is one of my fave podcasts. But I don’t want to give money to people that finance this BS. https://t.co/qk5Q5bWgtp

Given that Jones’ last appearance on Rogan was the most listened to podcast in a decade, Spotify is likely not all that worried about these 14 snowflakes canceling:

🔽THIS is why I cancelled my @Spotify subscription. https://t.co/jURuHRF7f2

Hey @spotify, before I cancel my account with you anything to say regarding this? Does seeking audience numbers justify this? Very disappointing. https://t.co/dJ48aWpb8m

Thanks for reminding me to cancel my @Spotify account. https://t.co/4Ard8NYBFJ

I really don't want to cancel my Spotify subscription, but like, this is literally an attack vector for misinformation. https://t.co/FpZScEwmWr