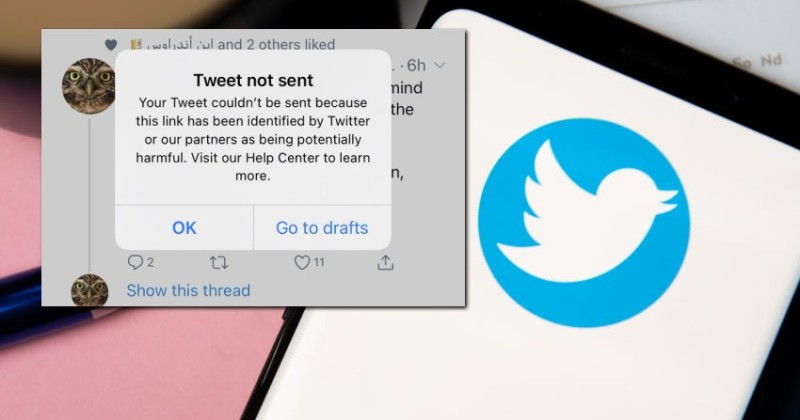 Twitter has followed Facebook’s example by censoring a New York Post article about Joe Biden’s foreign lobbying scandal after users were prevented from tweeting links to the story, leading one NY Post editor to describe the move as an act of “digital civil war.”

As we highlighted earlier, Facebook announced that it would be preventing the story from spreading on its site after the company’s Policy Communications Manager and lifelong Democrat Party operative Andy Stone said the company had buried the article in its algorithm.

Now Twitter has moved to censor the story too by blocking users from tweeting out the link.

When attempting to tweet out a link to the New York Post, users receive a message informing them that the URL is “harmful” and the tweet doesn’t send.

NY Post editor Sohrab Ahmari described the move as a “Big Tech Coup” and “digital civil war,” explaining, “I, an editor at The New York Post, one of the nation’s largest papers by circulation, can’t post one of our own stories that details corruption by a major-party presidential candidate, Biden.”

Arthur Schwartz also highlighted how Twitter was discouraging people from reading the story by labeling it “violent or misleading content that could lead to real world harm.”

The coordinated censorship of such a massive news story by the two social media giants is a chilling example of election meddling less than 3 weeks before the vote takes place on November 3.