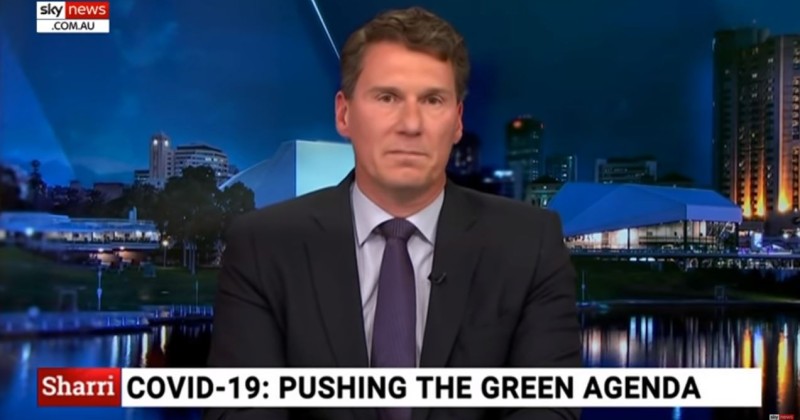 Former Australian Senator Cory Bernardi presented a piece for Sky News Australia in which he claimed that the agenda behind the COVID panic was for elite Davos billionaires to bring about a “great reset” that would see permanent social and economic changes.

Noting that there is “something unusual about the continuing pandemic panic,” Bernardi cited medical experts who “now acknowledge that lockdowns don’t work” and asked viewers to “consider if there is another agenda at work.”

Indeed, in a recent interview with the Spectator, the World Health Organization’s special envoy on COVID-19, Dr David Nabarro, called on world leaders to stop using lockdowns as their primary method of control because they were making “poor people an awful lot poorer.”

Bernardi then highlighted comments made by Klaus Schwab, founder and Chairman of the World Economic Forum, who told fellow globalists that COVID-19 had proven the old system to be inadequate and that, “Now is the historical moment of time not only to fight the… virus but to shape the system… for the post-corona era.”

“(Mr Schwab) admits that COVID is the new excuse to usher in the Green New Deal that climate alarmists, profiteers and big government have been pushing for years,” said Bernardi, adding that “the global response to COVID has been a green socialist’s dream.”

The former Senator noted how the coronavirus pandemic had facilitated the opportunity to impose a very similar crackdown that technocrats had previously sought to justify under the banner of climate change, namely, shutting down economies, lowering fuel consumption and airline travel as well as curtailing civil liberties and freedom of movement.

“Why do you think the Australian Greens have been so quiet these past months … it’s because their policy agenda is coming to life?” asked Bernardi.

“After decades of peddling climate change lies and propaganda to force government by the elites, the socialists have used a media induced hysteria over public health as their latest weapon of economic destruction,” he added.

Highlighting how many of the same scientists who have convinced governments to impose draconian lockdowns were also involved in IPCC computer modeling that produced alarmist global warming forecasts, Bernardi concludes that the COVID lockdown looks an awful lot like the ‘Green New Deal’ and will have the same disastrous impact on the global economy.

$150,000+ In Fines Issued In First Weekend Under NYC Lockdown