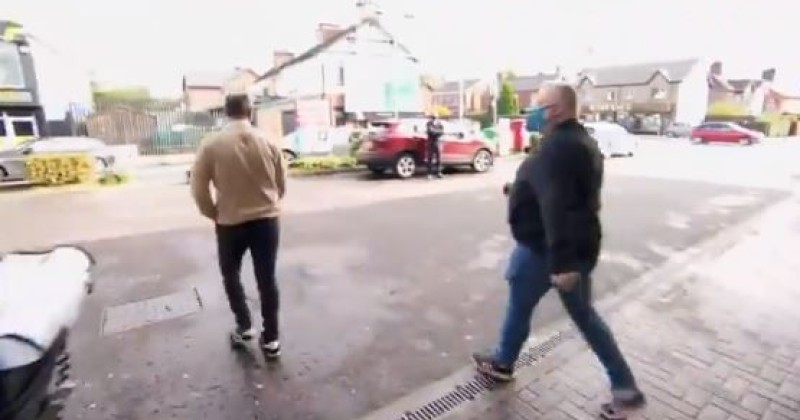 A BBC journalist has been blasted for proudly showcasing a segment where he chased a man down the street for allegedly not wearing a mask when he entered a shop.

BBC Northern Ireland presenter Stephen Nolan enthusiastically broadcast the footage as a promo for his show, telling viewers, “Why do people not get it that it’s the law here to wear a face mask?”

A clip is then shown where Nolan confronts a man leaving a shop (who is actually wearing a mask), while asking him, “We just noticed when you walked in you weren’t wearing a mask. Well, why is that sir?”

When the man attempts to leave, Nolan runs after him, shouting, “Do you care? Do you care? Then why did you go in without it?”

Check this out. the BBC's @StephenNolan chases a guy from a shop for not wearing a mask when entering. This is what we've become folks. Junk journalism masquerading as investigative reporting. Nolan didn't know the guy nor his circumstances. Truly shocking. pic.twitter.com/qlxVhL3EJ0

Unionist activist Jamie Bryson also slammed Nolan, noting that “the BBC aren’t an ‘enforcement’ authority” and that the clip was an example of “punching down; trying to coerce the ‘little people’ on behalf of the powerful.”

Fundamentally disagree with @StephenNolan chasing people down the street seeking to shame & criminalise persons not wearing a mask- (1) the BBC aren’t an ‘enforcement’ authority under the Regs (2) it’s punching down; trying to coerce the ‘little people’ on behalf of the powerful.

Boxer Paddy Barnes also weighed in, asking, “Who does Nolan think he is?”

Who does Nolan think he is?

Another viewer asked, “Why is our licence fee being spent on this utter crap?”

Why is our licence fee being spent on this utter crap? Public interest or sensationalising every issue in the history of issues? If I worked for this guy Id resign. Modern day carpet bagging. Have some integrity.

However, Nolan defended his stunt, claiming it was about “the community protecting each other,” pretty ironic given that Nolan was attempting to violate ‘social distancing’ by pursuing the man he targeted.

When you talk about entering the public arena,what would you like people to do , if they fear CoVid from a non mask wearing shopper?
stay inside & never go out ?
This is about the community protecting each other.
Never will so many citizens have the power to protect life https://t.co/nkLvFMlwp0

As we previously highlighted, the enforcement of ubiquitous mask wearing has been a hallmark of dystopian literature and represents a massive social engineering project in securing mass obedience.

Biden: ‘If Trump Still Has COVID, We Shouldn’t Have A Debate’