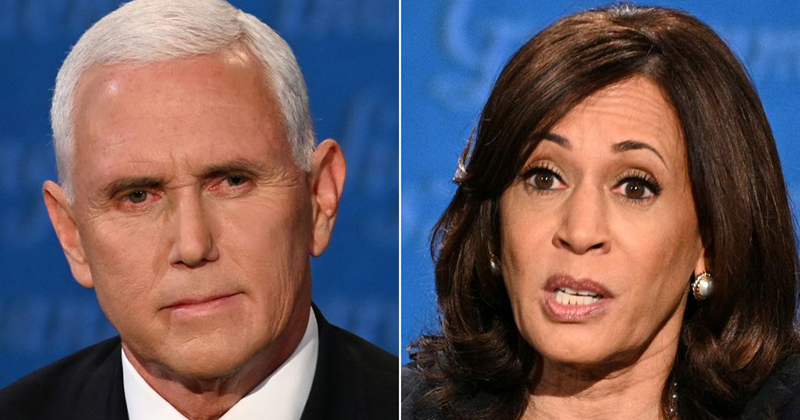 Harris also appeared lost and confounded whenever Mike Pence interrupted her to point out such inconsistencies, as if she had been thrown off course from reading a script.

A prime example off this occurred when Harris claimed that Biden is not going to raise taxes, to which Pence pointed out that last week Biden himself promised to repeal Trump’s tax cuts.

On Coronavirus, Harris declared that “frankly this administration has forfeited their right to re-election because of this,” but then outlined the Biden-Harris plan, which Pence pointed out is pretty much exactly the same as the Trump administration’s, adding the zinger “It looks a little like plagiarism, which Joe Biden knows a little something about.”

Mike Pence defends the White House’s handling of the Covid-19 pandemic at the #VPDebate.

Looking at the Biden plan to handle the pandemic, "it looks a little bit like plagiarism," he says. https://t.co/OfcmYZ763K pic.twitter.com/NDN48q5uZW

Pence also noted that when Trump prevented flights from China in January, Biden labeled it “xenophobic.”

When Pence framed the debate by saying the American people have bravely fought against the virus, Harris got riled and snapped:

On the climate, Pence declared that The Green New Deal, sponsored by Harris, “would crush” American energy, while noting that “The US has reduced CO2 more than the countries that are in The Paris Accord.”

When Harris noted that Biden will not ban fracking, Pence pointed out that “Both of you repeatedly committed to banning fossil fuel and banning fracking.”

President Trump took to Twitter to note the inconsistency:

When the debate turned to the Supreme Court, Pence asked if Democrats would pack the court, a question which Harris first attempted to avoid, then eventually had to address:

Harris claimed that “Trump packed the district courts with white people!” prompting Pence to explain what the straight answer to his question is:

Donald Trump Jr chimed in on Twitter, explaining why Harris avoided the question:

Of course Kamala Harris will not answer the question about packing the court because that’s what they plan on doing. When the Democrats can’t get their way they will change the rules to push their leftist agenda.
They’re not even pretending anymore.

The final zinger came when the debate turned to the topic of transfer of power, should Democrats win. Harris urged voters “Please vote. Vote early,” where as Pence noted that the Democrats have “spent the last three and a half years trying to overturn the results of the last election.”

PENCE: "When you talk about accepting the outcome of the election, I must tell you, Senator, your party has spent the last three and a half years trying to overturn the results of the last election." pic.twitter.com/zrquOgjKz4

Mike Pence is doing GREAT! She is a gaffe machine.

Harris’ performance was so dire that the leftist media immediately played the ‘sexism’ card:

Pence's mansplaining, interrupting, condescending and general smarminess is at an 11 tonight.

No wonder suburban women have left the Republican Party in droves.#Debates2020

So how do y’all think this mansplaining, rule-breaking, interrupting, patronizing performance by Pence plays with women voters? #VPDebate

Men literally can't even debate women *in a formal debate* without it being labeled "mansplaining" https://t.co/6HiQzSWtG4

Some were not buying it though:

George Stephanopoulos mansplained alleged mansplaining at the debate to his female colleagues, it seems pic.twitter.com/94x3BVIAzW

The same women who say they want equality are the first ones to complain about mansplaining or cry sexism. #Equality

I can’t wait for Amy Coney Barrett hearings when interrupting a female nominee will no longer be mansplaining and sexist.

Gretchen Carlson: Second Debate to be “Virtual” so Moderator Can Mute Trump

It’s not looking too bad. 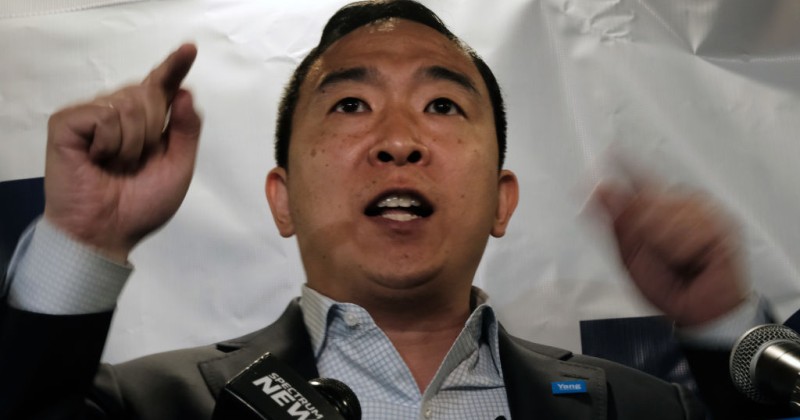 Citing sources within the Democratic Party, Andrew Yang says it’s now unlikely that Joe Biden will run again for president in 2024 and that donors are sitting back waiting for a better candidate to emerge.

Yang ran a surprising campaign in 2020 that turned him into a major player, leading to his participation in seven of the first eight Democratic debates.

Now the former attorney is predicting that Joe Biden will have to drop out before the next presidential election.

Yang explained how he originally thought Democrats would run Biden to “avoid a fractious primary,” but has since changed his mind.

In addition to Biden’s political agenda stalling, according to Yang, donors are starting to get cold feet.

“There has been increasing unease from large DNC donors,” wrote Yang. “One donor told me that several funders were openly talking about sitting out the next cycle until they knew what/who they were backing.”

In latest email, Andrew Yang predicts that Joe Biden won’t be the 2024 Dem nominee, says “I’ve now heard from at least a couple people who are considering mounting a challenge…As the sense deepens that Joe may not run for a 2nd term…” pic.twitter.com/yd5Kye79bG

“Another suggested that donors were trying to figure out who to coalesce around as a new candidate in 2024,” he added. “If donors are talking this way, they certainly have multiple candidates in-waiting who are thinking this way.”

Yang also revealed that he has “heard from at least a couple of people who are considering mounting a challenge.”

“As the sense deepens that Joe may not run for a 2nd term, people are beginning to prepare their own runs for 2024,” wrote Yang.

The urgency to find a new candidate has increased now that “Trump is so clearly the Republican frontrunner,” according to Yang, who also notes that there is likely to be a strong 3rd party candidate.

Biden’s suitability for a second term took another blow this week when he stumbled his way through a car crash of a press conference.

With questions already swirling as to the president’s cognitive decline, how is he going to perform in the debates in over two and a half years’ time?

Biden’s approval rating also recently sunk to a new record low as his inability to deal with runaway inflation bites into his poll numbers.

Democrats are so devoid of a viable candidate that there’s even talk Hillary Clinton could throw her hat in the ring for a potential re-run of her 2016 tussle with Trump. 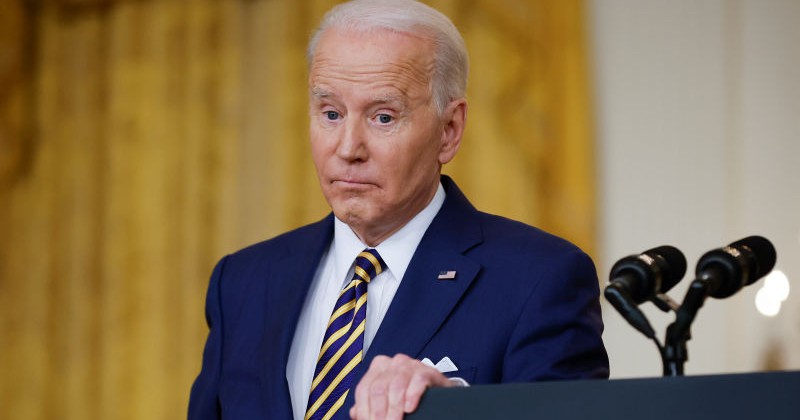