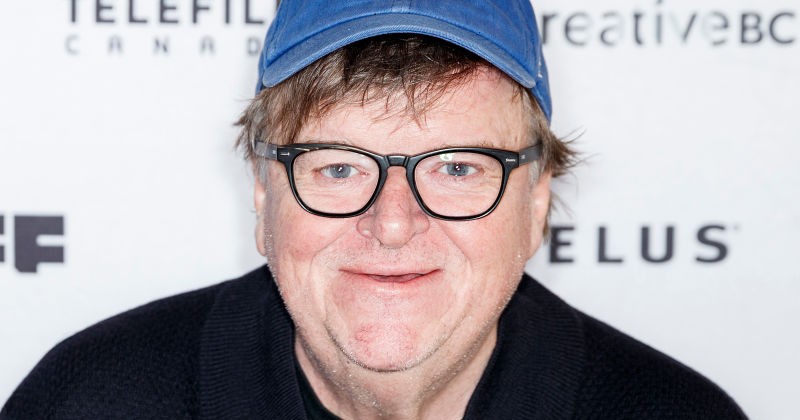 Film maker Michael Moore says that Trump is an “evil genius” who could be “lying” about being infected with coronavirus in order to justify postponing the election.

In a lengthy Facebook post, Moore outlines why he thinks the White House could be deliberately misleading the American public in announcing that Trump and the First Lady were diagnosed with COVID-19.

After claiming that Trump has lied roughly 25,000 times in the last four years, Moore asks, “Why on earth would we believe him today? Has he earned your trust now? No… Why would Trump all of a sudden just start telling the truth?”

Asserting that the president has consistently lied about his health, Moore suggests that Trump has staged his own corona infection to “change the conversation about this campaign.”

“Democrats, liberals, the media and others have always been wrong to simply treat him as a buffoon and a dummy and a jackass. Yes, he is all those things,” writes Moore.

“But he’s also canny. He’s clever. He outfoxed Comey. He outfoxed Mueller. He outfoxed 20 Republicans in the GOP primary and then did the same to the Democrats, winning the White House despite receiving fewer votes than his opponent. He’s an evil genius and I raise the possibility of him lying about having COVID-19 to prepare us and counteract his game. He knows being sick tends to gain one sympathy. He’s not above weaponizing this.”

Continuing his laborious screed, Moore then suggests that the whole story is being faked so Trump can justify postponing or delaying the election.

“He may use his Covid as a pretext to drop out of the race and move Pence to the top of the ticket. Pence would temporarily become President, and then Pence could pre-emptively pardon Trump for all of his crimes,” writes Moore.

As we highlighted earlier, Twitter is awash with leftists making similar claims.

It’s somewhat ironic that the left has spent the last 6 months demonizing anyone who questions the official story on coronavirus as a dangerous “conspiracy theorist,” yet they are now doing precisely that.

The Truth About Trump Getting Corona