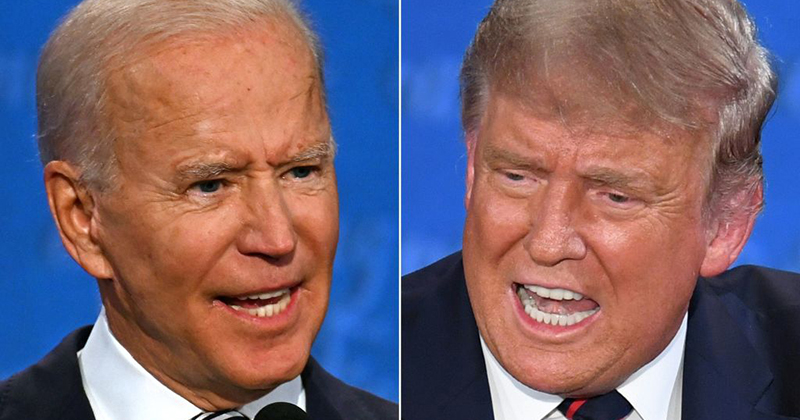 The Nation watched last night as Joe Biden managed for the most part to not fall asleep, completely lose his train of thought or declare that millions of Americans have died from Coronavirus.

Here is the debate in full:

CNN viewers registered their belief that Biden won the debate because he turned up. However, a review of the key moments tells a different story.

The first question was about the Supreme Court, to which Trump gave a straight forward factual answer:

Biden’s response was to call Trump a liar:

"Everything [Trump] is saying so far is simply a lie." —@JoeBiden #Debates2020 pic.twitter.com/x0Xp0TgjvN

Trump then hit Biden on being used by extreme leftists. When Biden declared that he is the Democratic party, Trump zinged “Not according to Harris”, referring to Kamala Harris’ recent use of the term ‘Harris-Biden Administration’:

President @realDonaldTrump: "Your party wants to go Socialist… and they're going to dominate you, Joe. You know that."@JoeBiden: "I am the Democratic Party right now."

Biden then told Trump to shut up:

At one point when host Chris Wallace kept stepping in and challenging the President on the subject of Obamacare, Trump quipped “I guess I’m debating you, not him, but that’s okay, I’m not surprised…”:

"First of all, I guess I'm debating you, not him, but that's okay, I'm not surprised…" https://t.co/LzsYeJnakX pic.twitter.com/HuCTaSH7wL

As the debate turned to coronavirus, Biden accused Trump of worrying more about playing golf than protecting Americans, to which the President hit back “You would have lost far more people.”

Trump spoke about masks and zinged Biden about constantly wearing one, then bragged about the size of his rally crowds compared to Biden’s:

Trump then warned Biden not to use the word ‘smart’ when referring to himself:

Trump to Biden: “Did you use the word smart?”

The discussion turned to the economy, and quickly devolved again to personal attacks:

Biden: “You’re the worst president America has ever had, come on.

Trump wanted to know about Hunter Biden’s alleged pay off from Russia, but host Chris Wallace shut down the line of attack:

"While we’re at it, just out of curiosity, the mayor of Moscow’s wife gave your son $3.5 millions of dollars. What did he do to deserve it?" pic.twitter.com/V4ARVLvGxl

Wallace shutting down the Hunter line of attack isn’t going to please the Trump supporters. Also – TENSE AND UNCOMFORTABLE exchange

The debate turned to race issues, and Biden immediately dredged up the Charlottesville ‘fine people’ hoax, while Trump noted “He did a crime bill, 1994, where you called them [the black community] super predators,”

“You have treated the Black community about as bad as anybody in this country.” Trump added:

Chris Wallace asks: Why should people trust @realDonaldTrump?@JoeBiden is a racist and a segregationist he incarcerated 1000s of black Americans and called them “Super Predators” #PresidentialDebate2020 #JunkieJoe #Trump2020 @FoxNews @FoxBusiness pic.twitter.com/CgYqzjT91X

When Wallace asked Trump “What is radical about racial sensitivity training?” Trump responded “They were teaching people to hate our country, and I’m not going to do that, I’m not going to allow that to happen.”

“It was a radical revolution that was taking place in our military, in our schools… you know it and so does everybody else. They were teaching people to hate our country.”

The debate then moved on to law and order, with Trump blaming Democratic cities for the recent unrest, and Biden spuriously claiming “I’m totally opposed to defunding the police budget.”

Trump boasted about having police support and asked Biden to “Name one law enforcement group that came out to support you.”

"Name one law enforcement group that came out to support you."

Wallace shut down that line again with Biden simply proclaiming “we don’t have time”.

Trump was then asked to denounce white supremacist groups, which prompted him to talk about Antifa and the violent left.

Chris Wallace: "Are you willing, tonight, to condemn white supremacists and militia groups and to say that they need to stand down…"

Trump: "Proud Boys, stand back and stand by! But I'll tell you what, somebody's got to do something about antifa and the left." pic.twitter.com/4vrPocKzcu

“When a bat hits you over the head, that’s not an idea,” Trump said of Antifa.

The debate then turned to each candidate’s experience, with Trump claiming “There has never been an administration or president who has done more than I’ve done in a period of three-and-a-half years.”

Biden responded “Under this president we’ve become weaker, sicker, poorer, more divided and more violent. When I was vice president we inherited a recession, we fixed it.”

“There has never been an administration or president who has done more than I’ve done in a period of three-and-a-half years.” –@realDonaldTrump on his record #Debates2020 pic.twitter.com/Ih5c1BlMXo

Lastly, election integrity was brought up, with Trump declaring “This is going to be a fraud like you’ve never seen,” referring to mail-in ballots.

The President also accused the Obama/Biden administration of attempting to de-rail his presidency, noting “There was no transition. They came after me trying to do a coup.”

Biden and Trump differ greatly on integrity of mail-in ballots.

Joe Biden: "There is no evidence at all that mail-in ballots are a source of being manipulated and cheating."

President Trump: "This is going to be a fraud like you've never seen."#Debates2020 pic.twitter.com/3mc6l9Wiuj

In the end, CNN described the debate as “chaotic”, and even “a shit show”:

"That was a shitshow" pic.twitter.com/noTdq5HPPj

.@jaketapper on CNN not mincing his words. "Wolf, that was a hot mess inside a dumpster fire inside of a train wreck."

Leftists accused Trump of constant lying, and being a “racist” (as usual):

>> @Maddow: "There's something beyond fact-checking that needs to happen."

"This sort of debate shouldn't happen in a democracy."

Donald Trump is a white supremacist.

People have been warning about this for a long time.

They were ridiculed, called hyperbolic & radical – not bc they were wrong, but bc others couldn’t accept that our country elected a supremacist as President.

This is fascism at our door. https://t.co/sahloCJt25

CNN viewers were adamant that Biden won the debate:

CNN Instant Poll of debate-watchers on who won:

CNN Instant poll of first debate on who won, 2016:

Others were just “annoyed”:

How did the debate make voters who watched feel?
Far more felt annoyed than informed. pic.twitter.com/eJHiTS9oCT

The President later tweeted an image, making it known that he felt there were three people in the debate:

Trump campaign manager Bill Stepien declared that “President Trump just turned in the greatest debate performance in presidential history, displaying a command of the facts and control of the conversation. Joe Biden was revealed as too weak to be president and spent most of the evening on his heels.”

“Will you shut up, man.” –@JoeBiden https://t.co/AQHZdedSxf

Report: Joe Biden Has Been Given Tonight’s Debate Questions in Advance 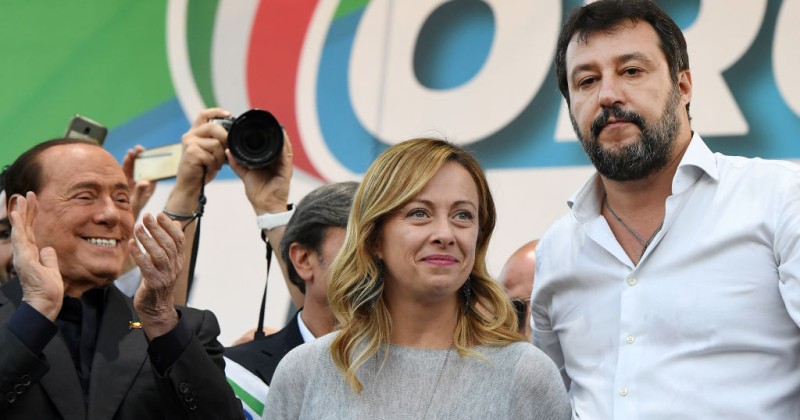 A Mask Off Moment

The EU is a totalitarian outrage.

The EU is threatening to punish Italy for electing a right-wing coalition government.

How dare they democratically elect people the EU doesn’t like! The sheer nerve!