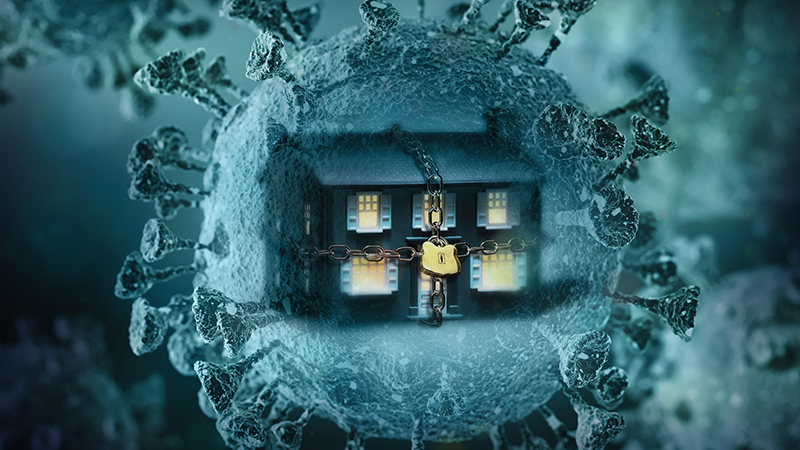 Germany’s Minister of Economic Cooperation and Development, Gerd Muller, has warned that lockdown measures throughout the globe will end up killing more people than the Coronavirus itself.

In an interview with German newspaper Handelsblatt, Muller warned that the response to the global pandemic has resulted in “one of the biggest” hunger and poverty crises in history.

Muller warned that further damage will be done if draconian measures continue to be enacted by governments.

“We expect an additional 400,000 deaths from malaria and HIV this year on the African continent alone,” Muller emphasised, adding that “half a million more will die from tuberculosis.”

“The supply of food and medication is no longer guaranteed,” Muller continued, adding “Many of the West’s aid programs are not adequately funded,” also noting that while countries focus on battling the virus at home, it is having a massive toll on countries not equipped to combat it without help.

Muller further warned that “humanitarian catastrophes” are “building up right on our doorstep,” while European governments concentrate on lockdowns and restricting the movement of people.

“Europe has decided to support its own economy with programs worth around two trillion euros. No additional support is planned for Africa. That will catch up with us,” Muller urged.

The Minister admitted that a further wave of mass migration in the future could result from such action.

Muller’s comments come five months after a leaked study from inside the German Ministry of the Interior revealed that the impact of the country’s lockdown could end up killing more people than the coronavirus due to victims of other serious illnesses not receiving treatment.

the findings dovetail with other research that has concluded lockdowns will conservatively “destroy at least seven times more years of human life” than they save.

As we have previously highlighted, in the UK there have already been up to 10,000 excess deaths as a result of seriously ill people avoiding hospitals due to COVID-19 or not having their hospital treatments cancelled.

As we further previously highlighted, a data analyst consortium in South Africa found that the economic consequences of the country’s lockdown will lead to 29 times more people dying than the coronavirus itself.

Hundreds of doctors are also on record as opposing lockdown measures, warning that they will cause more death than the coronavirus itself.

Despite citizens across the world being told to observe the lockdown to “save lives,” numerous experts who are now warning that the lockdown could end up costing more lives are being ignored or smeared by the media. 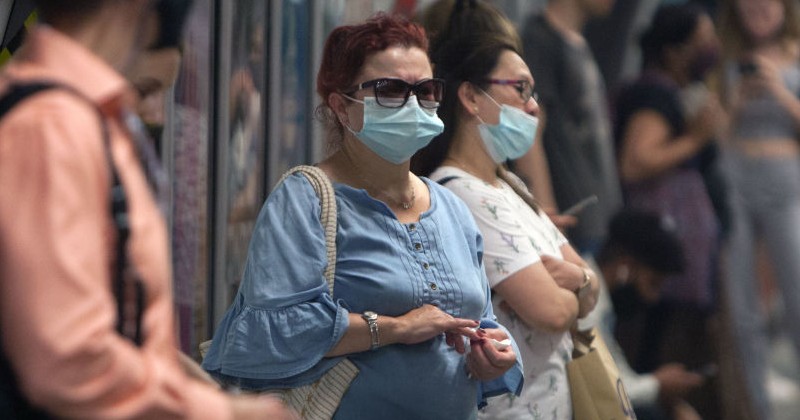 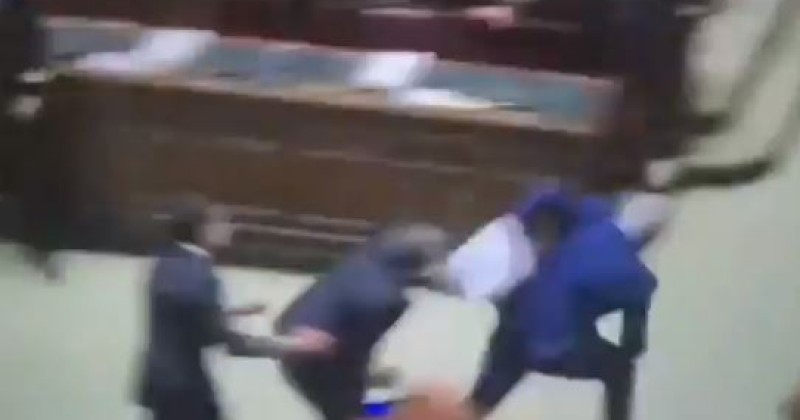 Chaos erupted in the Italian parliament earlier over plans to introduce domestic vaccine passports, with MPs holding up protest signs that said “no green pass.”

A video clip shows one MP being pursued by security officials as he attempts to hold the sign aloft before fleeing the chamber.

However, he is followed by numerous other MPs holding the same sign who then move to occupy the room.

The Italian government has introduced one of the most draconian versions of the vaccine passport in Europe.

“The pass will also be mandatory for all those wishing to access restaurants, bars, and pastry shops,” reports SchengenVisaInfo.

Tourists entering the country will also be mandated to sign up for the green pass.

Italian Prime Minister Mario Draghi justified the introduction of the rules by citing the spread of the delta variant.

“The Delta variant is threatening. It spreads much more quickly than other variants. I invite all Italians to get vaccinated and to do so straight away. Without vaccinations, we’d have to close everything again,” Draghi said.

As we highlighted last week, Italians have been vociferously protesting against the measure, with demonstrators in Turin chanting “no dictatorship” during one rally. 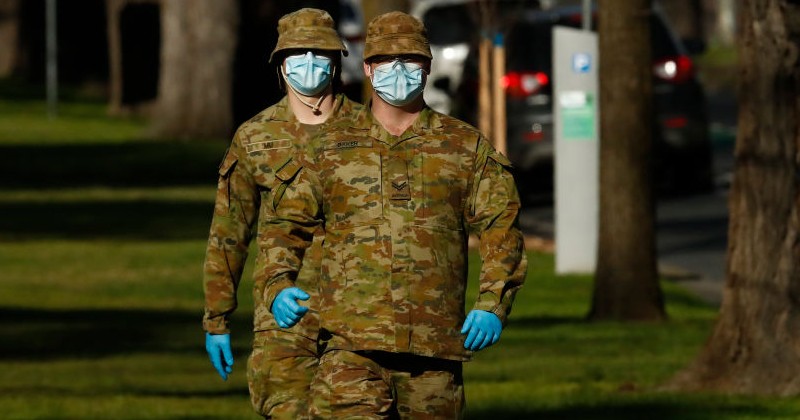 Authorities in Australia have called in the military to occupy parts of Sydney and enforce the country’s latest draconian COVID-19 lockdown.

Hundreds of military personnel will be drafted in to patrol the country’s largest city despite coronavirus cases remaining in the low hundreds per day, far lower than other developed nations like the UK that have lifted some of the restrictions.

It remains to be seen whether the troops will be used to police protesters, hundreds of thousands of whom hit the streets of major cities last weekend to demonstrate against the measures.

People in New South Wales are basically under the most draconian form of lockdown where they are only allowed to leave home for work, exercise and food and are not permitted to venture more than 3 miles from where they live.

Hundreds of military personnel have been called up to help enforce a COVID lockdown in Australia's biggest city, as the Delta variant fuels a record one-day rise in coronavirus cases.https://t.co/ZCH0TDLOrm

Mask wearing both indoors and outdoors is again mandatory as the country pursues a bizarre and unattainable ‘zero COVID’ policy which has led to entire towns and cities being locked down after the discovery of just a single infection.

As we have previously highlighted, Australians have been placed under one of the most authoritarian lockdowns out of any major developed country.

The chief health officer of New South Wales even went so far as to tell Australians that they shouldn’t “engage in conversation with each other,” even if they’re wearing masks, in order to reduce the transmission of COVID.