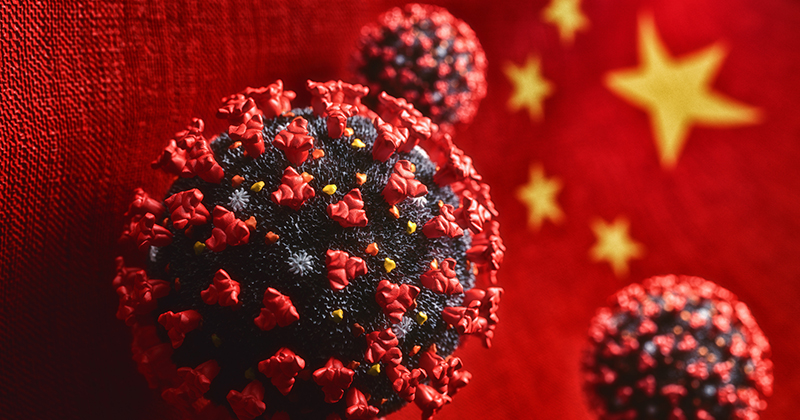 A new report from GOP members of the House Foreign Affairs Committee has concluded that China covered up the coronavirus pandemic, and failed to follow international health guidelines which would have likely prevented the global pandemic.

The report, which was released Monday, concludes that “It is highly likely the ongoing pandemic could have been prevented” had China been transparent after the outbreak began in Wuhan.

“It is beyond doubt that the [Chinese Communist Party] actively engaged in a cover-up designed to obfuscate data, hide relevant public health information, and suppress doctors and journalists who attempted to warn the world,” the report notes.

“Research shows the CCP could have reduced the number of cases in China by up to 95 percent had it fulfilled its obligations under international law and responded to the outbreak in a manner consistent with best practices.” it adds.

The 95% figure stems from Research out of the University of Southampton in the UK, which discovered “that if interventions in [China] could have been conducted one week, two weeks, or three weeks earlier, cases could have been reduced by 66 percent, 86 percent and 95 percent respectively – significantly limiting the geographical spread of the disease.”

Infowars reported on these findings back in March as the pandemic took hold.

"A study published in March indicated that if Chinese authorities had acted three weeks earlier than they did, the number of coronavirus cases could have been reduced by 95% and its geographic spread limited."

The new Congressional report also highlights that “as early as mid-December [2019], and no later than December 27th, the CCP had enough information to assess it was legally obligated to inform the WHO that the outbreak in Wuhan was an event ‘that may constitute a Public Health Emergency of International Concern.’”

The report also concludes that the World Health Organization (WHO) was also complicit given that it “parroted” Chinese propaganda.

“The WHO has been complicit in the spread and normalization of CCP propaganda and disinformation,” the report states, adding “By repeating as truth statements that were misleading, if not lies, the WHO negatively impacted the global response.”

“From the early stages of the outbreak, the WHO, under Director-General Tedros [Adhanom Ghebreyesus]’ leadership, parroted and upheld as inviolable truth, statements from the CCP,” the report notes, adding “An examination of their public statements, including the praise heaped on the CCP’s handling of the pandemic, reveal a disturbing willingness to ignore science and alternative credible sources.”

As we have repeatedly highlighted, on January 14th, the WHO amplified Chinese government propaganda that there had been no “human to human transmission” of COVID-19, despite this having actually occurred back in November.

Indeed, not only did the WHO help China cover-up the severity of the outbreak, they also silenced medical experts who tried to tell countries to impose border controls back in January but were blocked from doing so.

In April, we reported that multiple sources indicated that coronavirus was leaked from a lab in Wuhan and that the World Health Organization was “complicit” in helping China to cover up the truth behind the outbreak.

The latest GOP report also concludes that when it became clear that the virus was spreading rapidly, China nationalized the production of relevant medical equipment, securing control over global supplies.

“According to the Congressional Research Service (CRS), [the] nationalized control of the medical supply chain included ‘commandeer[ing] medical manufacturing and logistics down to the factory level,’” the report states.

“It is highly likely that China’s nationalization of the manufacturing capacity of foreign companies, including 3M and General Motors, directly impacted the ability of the United States and other countries to procure [personal protective equipment] on the global market,” the report adds.

We thoroughly documented and exposed China’s supply hoarding and disgusting profiteering from the virus spread back in April and Early May.