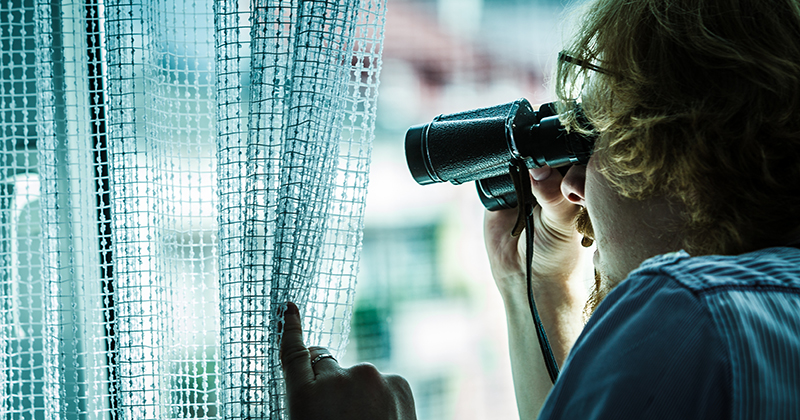 British citizens made their feelings known after the Policing Minister suggested that people should spy on their friends and neighbours and report them to the authorities if they see them breaking Covid rules.

Minister Kit Malthouse’s idea was compared to the East German Stasi by many, after he encouraged reporting neighbours gathering in more than groups of six, saying it was a viable option.

“There is obviously the non-emergency number that people can ring to report issues, if they wish to,” the minister told the BBC Radio 4’s ‘Today’ show. “If people are concerned, if they do think there’s a contravention, then that option is open to them.”

Encouraging people to snoop on neighbours and report each other to the authorities is like communist East Germany. It’s un-British. https://t.co/a19qkmIByM

I really don't like this idea of people being encouraged to report others to the authorities for suspected COVID misdemeanours.

Is that really where we want to go?

It opens the system up to so much abuse, and will turn people against each other. https://t.co/kScivCIIyo

Probably not enough discussion about what‘a happening to our national psychology re Covid and certainly potential effects of being asked to police each other.

When the money has run out for COVID Marshalls

The beginning of the week saw the so called ‘rule of six’ brought into force overnight and with little fanfare in England. It literally bans social gatherings of more than six people if they’re not from the same household.

Those who are found to be contravening the law face fines of between £100 and £3,200, while anyone found to be hosting a house party faces a £10,000 punishment.

Former British Supreme Court Justice Lord Jonathan Sumption denounced the new regulations as “unenforceable,” noting that the only way the plan would work is if a “Stasi-style” network of “snoopers and informers” is formed.

Metropolitan Police Federation chair Ken Marsh was critical of Malthouse, suggesting that the minister must think “we have an endless supply of officers who can just go out to these things.”

“It will be hundreds and hundreds of calls coming in from curtain-twitchers,” Marsh stressed.

Former Conservative party leader Iain Duncan Smith also noted that “calling on people to spy on each other is not a particularly good situation to be in”.

Last week, the British government also announced that a new enforcement team of ‘Coronavirus Marshals’ will be employed to patrol cities in order to police social distancing.

Earlier in the year, police forces in parts of the UK set up hotlines to allow people to snitch on those who were not abiding by social distancing rules.

In European countries such as Spain and Italy, the government has also encouraged people to snitch on social distancing rule breakers.