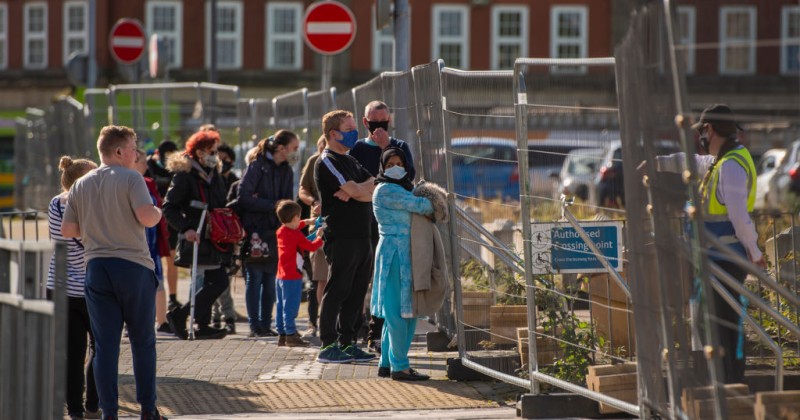 Authorities in Quebec City, Canada have announced they will isolate “uncooperative” citizens in a coronavirus facility, the location of which remains a secret.

During a press conference, Dr. Jacques Girard, who heads the Quebec City public health authority, drew attention to a case where patrons at a bar were ordered to wait until their COVID-19 tests came back, but disregarded the command and left the premises before the results came back positive.

This led to them being deemed “uncooperative” and forcibly interned in a quarantine facility.

“[W]e may isolate someone for 14 days,” Girard said during the press conference. “And it is what we did this morning…forced a person to cooperate with the investigation…and police cooperation was exceptional.”

The health official then outlined how the state is also tracking down people for violating their home quarantine and forcibly removing them to the secret facility.

“Because we have had people isolated at home. And then, we saw the person was not at home. So, we went to their home, and then told them, we are isolating you where we want you to be,” said Girard.

“Six other Quebec City bars “known to have been frequented by Kirouac regulars” are now being examined by public health officials,” reports the RAIR Foundation.

“It should be noted that it is not being claimed that anyone is actually sick from the coronavirus. But the state has the power to force a citizen into isolation anyway.”

As we previously highlighted, the government of New Zealand announced similar measures, saying that they will put all new coronavirus infectees and their close family members in “quarantine facilities.”

Spain: Citizens Stop Police From Arresting a Woman For Not Wearing a Mask