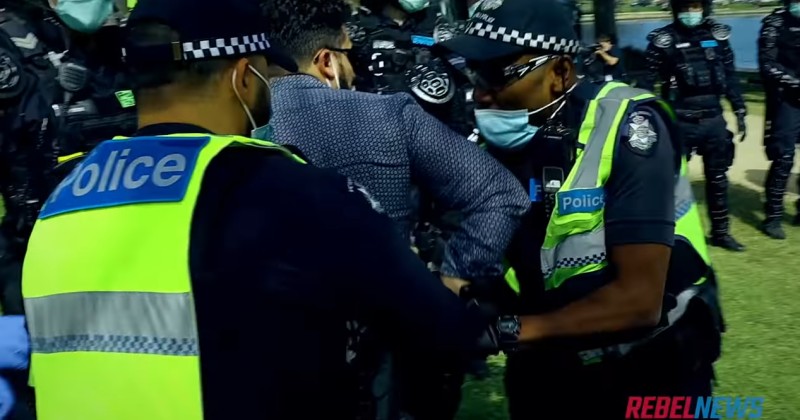 Video footage out of Australia shows a journalist being dragged to the ground and arrested by riot police for the ‘crime’ of reporting from an anti-lockdown protest.

Rebel News’ Avi Yemini was doing a piece to camera at an anti-lockdown Freedom March in Melbourne on Saturday when he was suddenly approached by a police commander.

“This bloke here is not here for any purposeful reason, I want him under arrest,” states the officer, ordering other cops, some of whom are dressed in riot gear, to arrest him.

“Down on the ground!” the police yell as Yemini is dragged to the turf.

His protestations that he is media and that he has a press permit in his pocket fall on deaf ears as the cops continue to manhandle him, before placing him in handcuffs and marching him off.

Police claim they arrested me for not moving when the Police Commander asked me to.

Problem is, he NEVER asked me anything.

He just ordered the ARREST of a journalist because he doesn't like what I report.

After possibly realizing the embarrassment and criticism they faced for arresting a journalist, police later claimed that Yemini had been “hindering” by getting between police lines after being asked to move and was given a caution.

The video footage does not show any police officer asking Yemeni to move.

Australia has proven itself to be the most dictatorial developed country in the world when it comes to the draconian enforcement of coronavirus rules.

As we highlighted last week, a pregnant woman was arrested in her home in front of her own kids for the crime of posting about the protest on Facebook.

Authorities have also given themselves the power to have police remove children from the custody of their parents in order to ensure compliance with coronavirus rules. 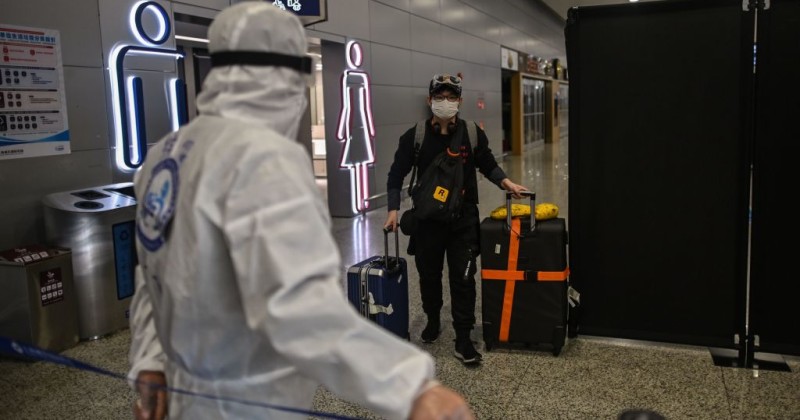 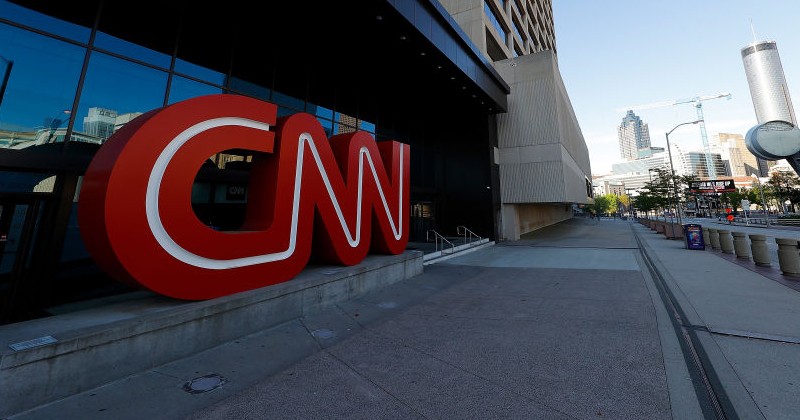 WarnerMedia CEO Jason Kilar apologized after celebrating the fact that the COVID-19 pandemic has been “really good for (CNN) ratings.”

Kilar made the initial remarks during the Morgan Stanley Technology, Media and Telecom Conference.

“It turns out that pandemic is a pretty big part of the news cycle, and that’s not going away anytime soon,” Kilar said.

WarnerMedia is the parent company of CNN.

After his comments received criticism, Kilar tried to walk them back, claiming, ” I would like nothing more than for this pandemic to be well behind us.”

I agree Joe. I would like nothing more than for this pandemic to be well behind us. I mean that with every fiber in my body. I wish I could go back and be more thoughtful about my communication.

Kilar’s hope that the pandemic is “not going away anytime soon” provides an insight into the agenda of networks like CNN when it comes to COVID-19 reporting.

Does CNN campaign against lockdown restrictions and mask mandates being lifted in the name of public safety, or is it more likely that a selfish motivation for maintaining high ratings is the real reason behind this editorial stance?

CNN recently enjoyed its best ever February in terms of overall viewers while also taking first place among viewers 25-54, the key demographic most valued by advertisers.

Face coverings are here to stay. 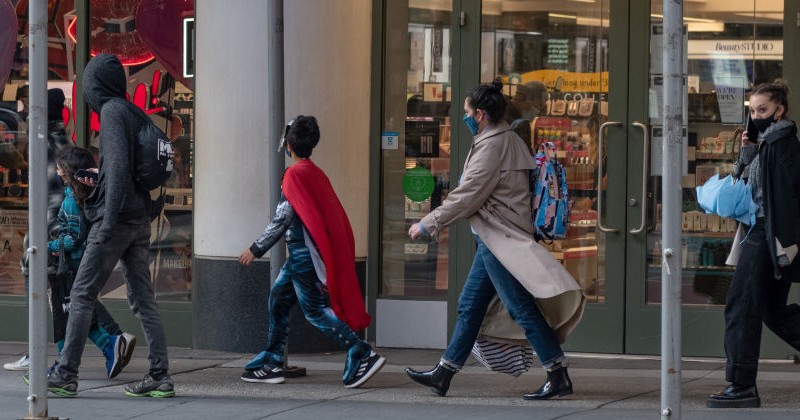 Dr. Paul Offit, a pediatrician who regularly appears on CNN, says Americans should wear masks and socially distance every winter in order to reduce flu hospitalizations and deaths.

“If we mask and social distance every winter, we will see a dramatic reduction in the flu, which usually causes hundreds of thousands of hospitalizations and tens of thousands of deaths,” Offit told the network.

As we previously highlighted, flu cases have virtually disappeared since the start of the coronavirus pandemic, with health authorities in England announcing that not a single case of influenza has been detected this year.

However, according to epidemiologist Knut Wittkowski, this is likely due to the fact that many flu infections are being falsely counted as COVID-19 cases.

Last month, Dr. Fauci also said that it’s to be expected Americans will be wearing masks for the rest of this year and into 2022.

Other prominent individuals, such as the World Economic Forum’s Klaus Schwab, have asserted that the world will “never” return to normal after the COVID pandemic.

“There will likely be more voluntary masking after the COVID pandemic has receded, especially during flu season,” writes Evan James. “But it’d be intolerable to expect to live in a “new normal” where masks and social distancing become a routine tool of government control, or where choosing not to mask becomes a cause for social ostracism.”