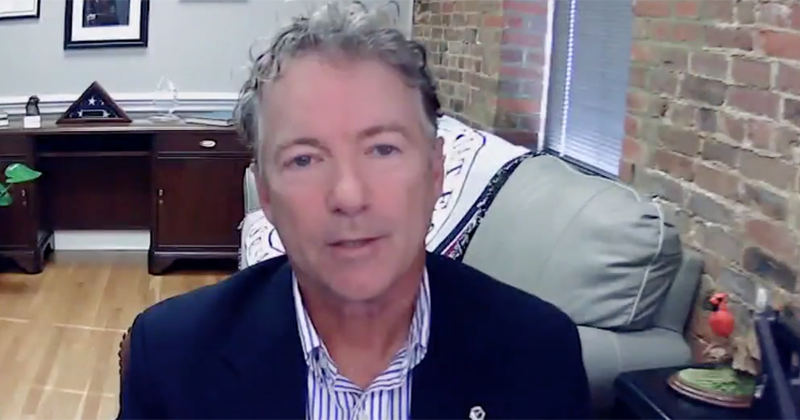 Speaking on Fox News Saturday, Senator Rand Paul demanded that an investigation be started into where money given to groups such as Black Lives Matter is being spent, and if it is being used to spark violence in major US cities.

“The question is, who is financing this and who is flying them around?” Paul asked.

“It really is a federal crime to incite riot and to fly people around to instigate violence. And I think that’s what’s happening,” the Senator urged.

“And yes, we’ve got to get to the bottom of this one person at a time, and once we have suspicion or probable cause, we need to ask a judge for a warrant and they need to look at their financial records and see — for this,” he added.

When asked if he had an idea of who was financing these groups, Paul said “there’s one or two possibilities.”

“It could be nefarious rich individuals who want to foment violence in our cities, or it could be less sinister but still equally as bad,” the Senator explained.

“Someone has to trace the money. I don’t know the answer yet. But I certainly think we need to know,” he added.

Paul also slammed Democrats for not condemning the violence, including recently when he and his wife were attacked by a mob outside the RNC.

“This is a question I have for Joe Biden and Kamala Harris. How come they won’t condemn these people who attacked my wife and I and the two other women that were with us?”

“They can’t attack it,” paul declared, adding “All they do is they get on TV, they say, oh, yes, there’s violence. We don’t like violence, but it’s all Donald Trump’s fault.”

“Well, the cities that the violence is occurring in have been run by Democrats for 50 years. Law and order is largely the province of mayors and governors, not the federal Congress or Presidents,” Paul explained.

“And so really, the failure is coming from the cities and they need to own up to it because frankly, I think a lot of people are not going to be happy living in a country that looks like poor island,” the Senator proclaimed.