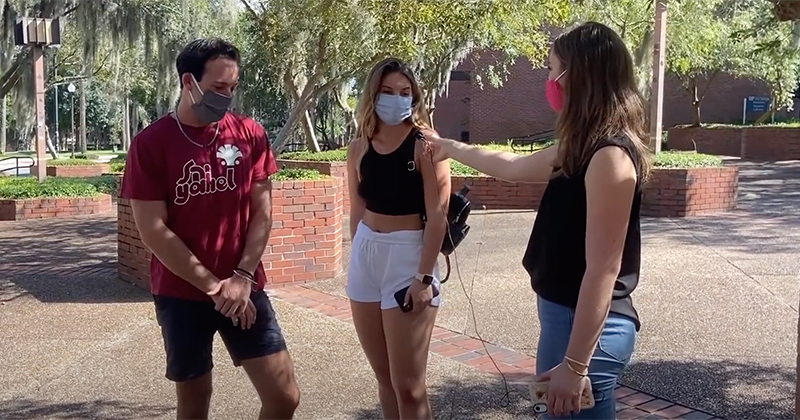 Campus Reform told students that the plans, including going after human traffickers and terrorists, and ending wars to bring troops home.

“The fight on terrorism has always been important, especially in America. So getting rid of stuff that can harm American lives is perfect,” one student said, believing that the agenda was Biden’s.

“Human trafficking, especially in South Florida which is where I’m from, is a huge issue. So from what it sounds like, it sounds like a great idea,” another student responded.

“I mean, I still haven’t decided yet, but these things all sound great and they’re definitely making me lean more towards Biden,” one student said when told the agenda was the Democrat’s.

When they were finally told the plans were all Trump’s, some of the students admitted they should be looking beyond character.

“It surprised me a little bit because I don’t have the highest opinion of the president at the time, but I think that’s great,” one student said.

“I think everyone, including myself, could be a little bit more looking at the policies of the President rather than their character” another responded.

“In this time, not a lot of the good he does is heard. It does help knowing that he is doing these things,” a further student declared.

In another video shot by Campus Reform, most students admitted that if Biden refuses to debate Trump, it would be a “weak” move.

“I do believe that Trump would win the debates,” one student said, adding “I feel like Biden would struggle, and Biden, from what I’ve seen so far, doesn’t bring too many facts and tries more of an emotional argument.”