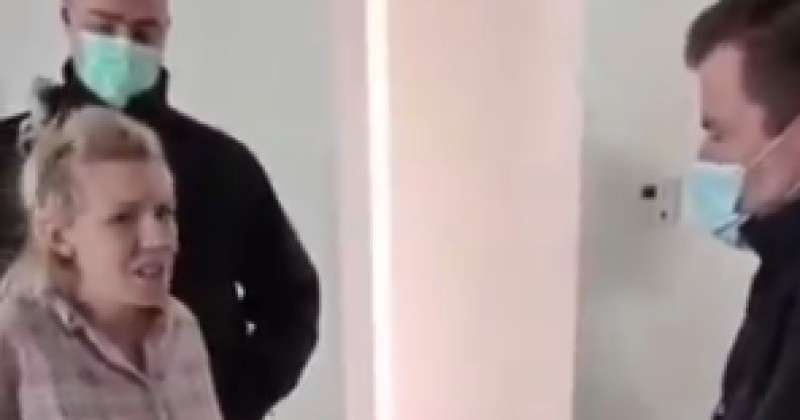 Shocking video footage out of Melbourne, Australia shows a pregnant woman being arrested in front of her children in her own home for the ‘crime’ of organizing an anti-lockdown protest on Facebook.

The clip shows police entering the woman’s house and presenting her and her husband with a search warrant.

The woman is then told she is under arrest in relation to “incitement” before being handcuffed.

She explains that she is pregnant and has an ultrasound in an hour, but officers are undeterred, telling her she is being arrested for a Facebook post in which she organized an anti-lockdown protest.

The woman explains that she is happy to delete the post, but the officer says “you’ve already committed the offense” and then tells her that the search warrant authorizes police to “seize any computers, any mobile devices you have.”

“I didn’t realize I was doing anything wrong, this is ridiculous,” the woman complains as she begins to cry.

As Rita Pahani points out, when Black Lives Matter protesters organized and gathered in their thousands to demonstrate, they faced no opposition from authorities whatsoever.

The woman is not the first Aussie to have their house raided and be arrested for the crime of organizing a protest in a supposed democracy.

As we previously highlighted, authorities have also given themselves the power to have police remove children from the custody of their parents in order to ensure compliance with coronavirus rules.

Meanwhile, another video out of Australia shows a man being arrested for the crime of being in his neighbor’s garden and refusing to produce ID.

Thanks to coronavirus laws, freedom is officially dead in Australia.

School Threatens to Exclude Students Who Make Jokes About Coronavirus