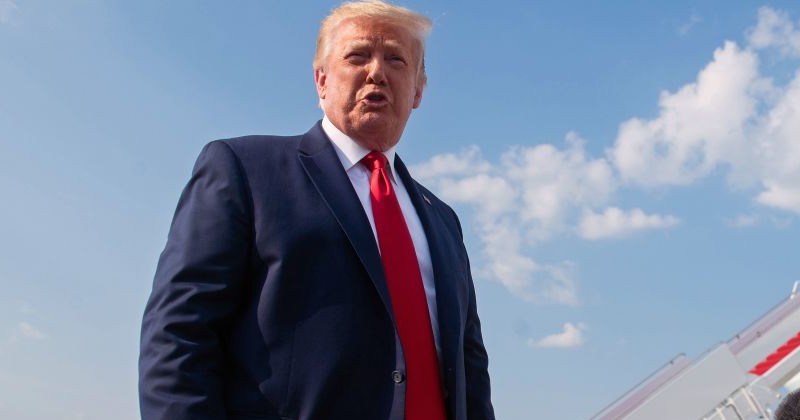 President Donald Trump accused the media of misreporting the murder of Aaron J. Danielson in Portland and failing completely to highlight how Antifa leftists celebrated his killing.

Trump made the comments before boarding Air Force One on the way to visit Kenosha, Georgia, which saw massive Black Lives Matter riots last week.

Danielson was targeted and gunned down in cold blood on Saturday by a suspect who is still at large and proclaimed on his Instagram page that he was “100% Antifa.”

Videos that emerged in the aftermath of the murder showed BLM and Antifa supporters cheering upon learning of Danielson’s death and celebrating how they had taken out the “trash.”

Trump brought up last night’s unrest in Portland, during which leftists targeted the home of Mayor Ted Wheeler.

Trump hits hard at the FAKE NEWS for ignoring the MAGA assassination in Portland!

"You are doing a disservice to your country" pic.twitter.com/duLqgdCVjk

“When I watched that scene last night with all of those really horrible people outside of the White House, I also saw the way they shot the young gentleman in the street,” said Trump.

“He was targeted, they targeted him, they shot him in the street, and then they were so happy that he died, you don’t mention that, you mention somebody sprayed paint at somebody from the other side,” he added.

The President then told the media they should be “ashamed of themselves” and accused them of fueling the unrest across America, “more so than Biden.

“The press is really fueling this and they’re fueling it horribly and you’re doing a great disservice to your country,” Trump concluded.