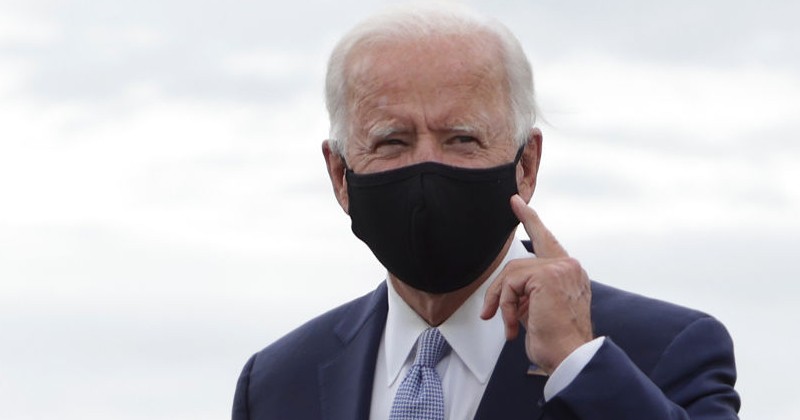 Joe Biden suggested that the violence plaguing American streets will continue unless voters elect him, prompting some observers to view the comment as a threat.

“Does anyone believe there will be less violence in America if Donald Trump is reelected?” Biden tweeted.

Does anyone believe there will be less violence in America if Donald Trump is reelected?

Biden appears to be using the threat of the mob to intimidate Americans into voting for him just so they can be spared from violence, rioting and looting for four years.

The former Vice President appears to be crafting this narrative despite the fact that every city that has seen major rioting is run by Democrats.

Respondents expressed their opinion that Biden was in effect threatening the American people.

This is a threat. https://t.co/kGpVPgWegN

"Vote for me or else my supporters will burn down your cities" is quite the GOTV pitch!

Are you trying to blackmail the public to vote for you or else your anarchists will continue to destroy America?

Yes! Yes we do. pic.twitter.com/pszBY5hpCt

Political polls show that a significant chunk of Biden’s lead over Trump has been wiped out over the last couple of weeks.

Some commentators see a parallel between Trump and Richard Nixon, who swept to victory in 1968 off the back of massive concerns about lawlessness.

“Gamblers have the chance to place bets before the polls come out, and a lot of people are convinced that the odds have shifted in the Republicans’ favor. This will be partly due to the Republicans’ convention, which would normally give some polling “bounce,” but is more thanks to a second critical factor, which is the disorder in Kenosha, Wisconsin.”

“Since the shooting of Jacob Blake went viral a week ago, trading volume in Predictit’s contract on the presidential outcome in Wisconsin has surged, as has the probability of a Trump victory.”