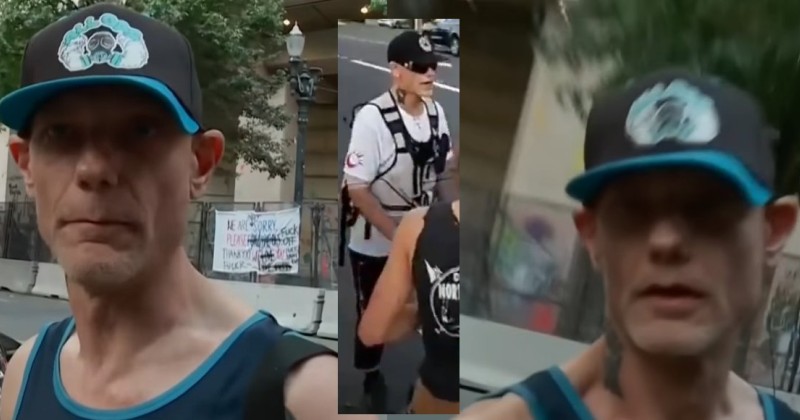 The suspect in the murder of a Trump supporter on the streets of Portland last night posted “I’m 100% Antifa” on his personal Instagram page.

A member of the Patriot Prayer group, which was involved in counter-protests against Black Lives Matter and Antifa last night, was gunned down at 8:45pm near Southwest Third Avenue and Alder Street.

A man is heard on camera yelling “we’ve got a Trumper here” before two gunshots blast out.

New never before seen footage of the shooting of the Trump supporter in Portland, Oregon on August 29. pic.twitter.com/6QQzZOjWJq

Leftist protesters then celebrated the murder, hailing that they’d taken out the “trash”.

The identity of the alleged shooter was later revealed to be snowboarding instructor Michael Reinoehl, who according to his social media profile is a hardcore leftist.

“Every revolution needs people that are ready and willing to fight,” Reinoehl posted on his Instagram.

The suspect also posted numerous other images making it clear that he sided with Black Lives Matter statue topplers and Antifa radicals.

He also liked numerous Antifa pages on his Facebook profile.

Reinoehl also appeared in a Bloomberg video report about the shooting of three leftist rioters by Kyle Rittenhouse, who acted in self-defense.