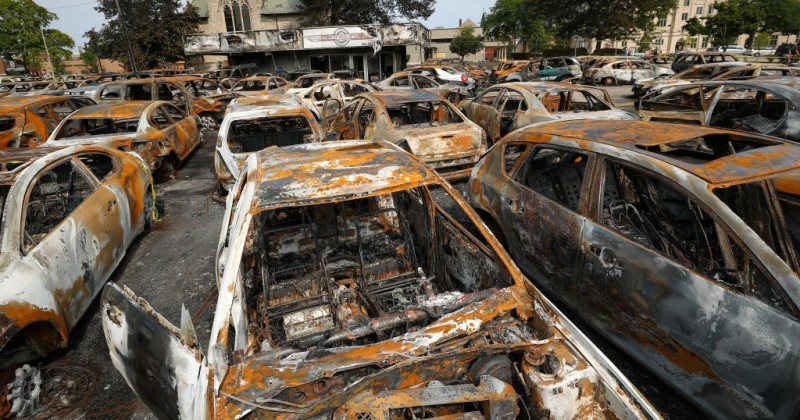 “Let’s be honest Don and you do make this point over and over,” said Powers, addressing host Don Lemon.

In reality, as anyone with eyes would know, the last three months have seen relentless rioting and violence in numerous American cities on a nightly basis.

As an illustration, last night was the first time there hasn’t been a riot in Portland in a full 93 days.

It looks like there was no late-night violent protest or riot in Portland for the first time in 93 days. Something is off. Antifa wouldn't just stop. Could it because they're terrified after hearing that @FBIPortland is stepping up its investigations? pic.twitter.com/q11wemPtPH

In addition to hundreds or even thousands of injuries suffered by both police and rioters, there have been dozens of deaths during the George Floyd riots (Wikipedia used to publish a regularly updated death toll but this was removed in recent weeks).

Even back in June, the cost from property damage from the George Floyd riots (there have been many more since) were estimated to be the “most expensive civil disturbance(s) in US history,” according to experts, a figure that runs into the billions.

Multiple videos also emerge every day showing anyone who gets in the way of the rioters or tries to defend their property being viciously beaten, or in the case of David Dorn, killed in cold blood.

It’s no surprise that CNN is burying the true extent of the riots given that their reporters are still describing them as “mostly peaceful” while towns and cities literally burn behind them.

The left’s effort to bury how widespread the riots really are is also predicated on the fact that polls and anecdotal evidence both clearly suggests the unrest is turning voters away from Joe Biden.

NPR Claims That Calling a Riot a “Riot” is Racist

Kyle Rittenhouse Did Nothing Wrong 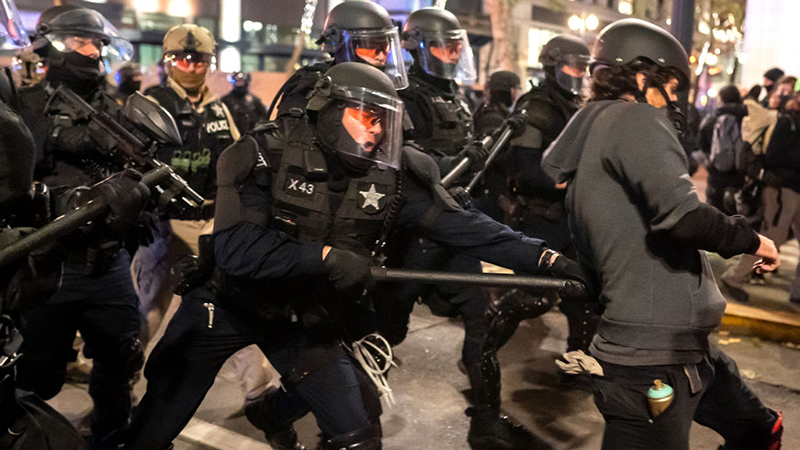